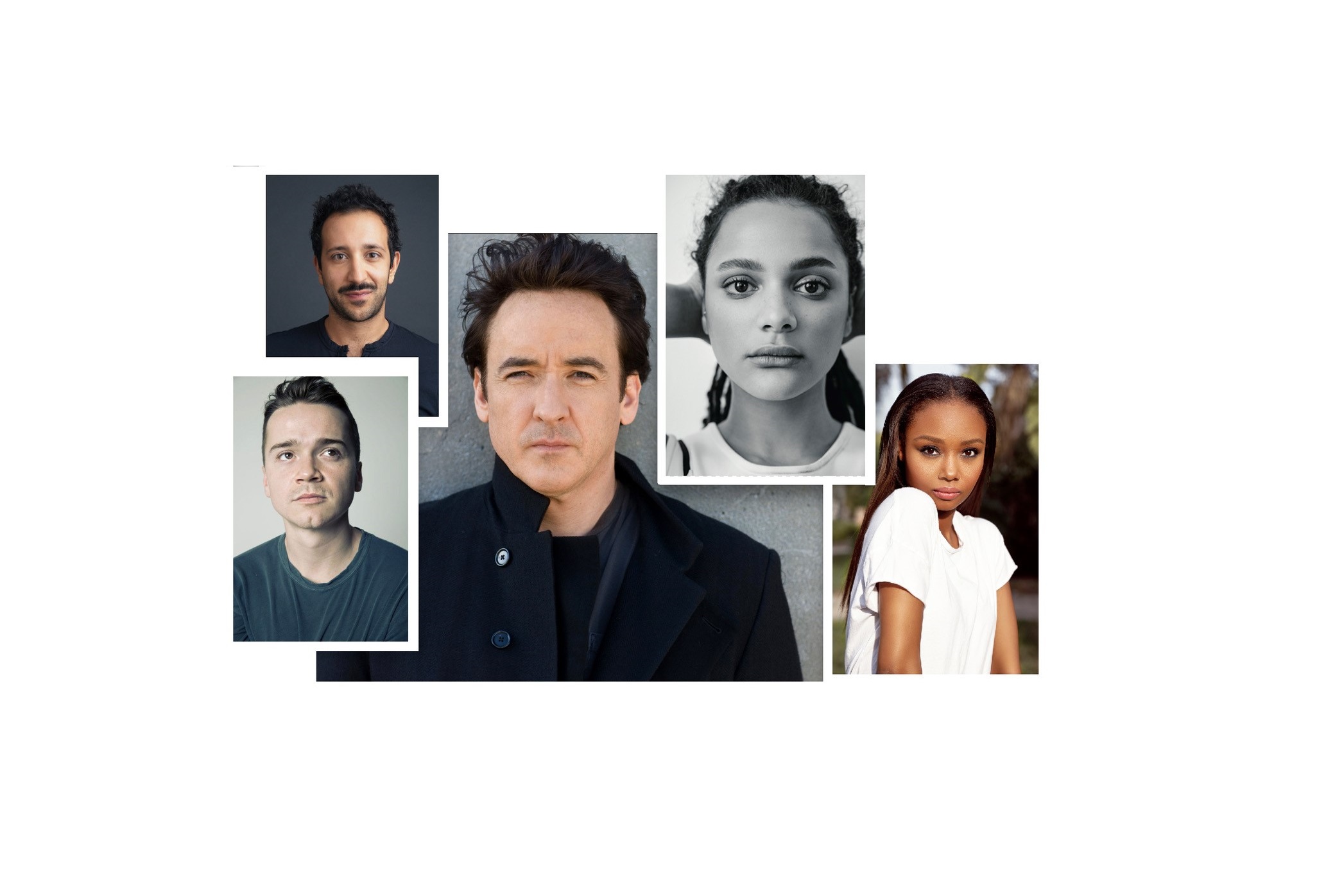 Streaming service Amazon began its virtual Television Critics Association Press Tour jovially, with surprise appearance by superstar Lizzo. During the opening remarks by executives Vernon Saunders and Albert Cheng, she appeared on screen inquiring as to the whereabouts of a package she'd ordered. After being advised she'd dialed the wrong department, she replied, "You working in Customer Service now? Oh, while I have you, I just want to say how excited I am for my first-look deal with Amazon Studios. I'm so excited to share amazing stories with you and the team. I got to go. Make sure you find that package for me and have a good day." Under her deal, the Grammy winner will create television projects in conjunction with Amazon Studios to be exclusively presented on Amazon Prime.

Amazon's first panel for its new eight-part series Utopia (pictured at top) might sound like it was designed in a self-isolated world (it wasn't), but it works perfectly for the confines of COVID-19. The conspiracy thriller about saving the world while trying to find your place in it centers on a group of comic fans who meet online and bond over their obsession with a seemingly fictional comic of the same name. It stars Ashleigh LaThrop (Becky), Dan Byrd (Ian), Jessica Rothe (Samantha), Desmin Borges (Wilson Wilson), and Javon "Wanna" Walton (Grant), as the gang who unearth hidden meanings within the pages of their favorite comic predicting real threats to humanity, and their adventure begins when they realize those conspiracies are coming alive in their current world. Given the series' internet-connected basis, a current reality for everyone, today its theme takes on a different resonance to when it was filmed (pre COVID-19).

"Doing the show, and then living through the pandemic, and continuing to live through, it's weird," said John Cusack who stars as Dr. Kevin Christie. "When we started, the pandemic wasn't happening. But the themes of this kind of fantastic gang of people who are obsessed with Utopia, who know that within Utopia lives a kind of road map, or a secret to an apocalyptic future that included viruses, famine, perhaps a nuclear accident; the theme itself covered a lot of that. But it was kind of disturbing and surreal to see it come so close to life with the pandemic."

"I don't think anyone working on the show had some sort pathway to know about this pandemic," added Borges. "Everything about 2020 is probably the weirdest it has ever been, for all of us. Speaking for me personally, it definitely is the weirdest place yet."

Viewers simply oversaturated with bad news and looking for "escapist entertainment" shouldn't worry. The cast wants it known Utopia is just that. "This is by no means a docudrama," offered Cusack. "We're living in this sort of a comic book fantasy that the pandemic is playing out in. I don't really think people watching will feel like, 'Oh this is like watching the news or something that is just hitting too close to home.' It's really about the adventure this group is going on and these intersecting storylines. The backdrop happens to be a pandemic, but it's in a completely different context than what we're experiencing right now.

"I think that will help with the escapism aspect," he continued. "You're also watching all these characters; their relationships and friendships grow. In the document of these two comic books, they not only tell you about the past but about the present and future. There's an element of mystery, and you sort of fall in love with this crew, all trying to solve it and how the world of science, the authorities, the feds, and the government all kind of come into it. There's a lot of fun, even though it has the idea of utopia and dystopia."

Narcos: Mexico star Diego Luna (pictured below), is relying on the age-old tradition of breaking bread over a meal to explore the current division of society in a series he created, executive produced and hosts. Pan y Circo, (Bread and Circus) is a seven-episode series that follows Luna from Baja, California, to Puebla, Quintana Roo and Mexico City as he moderates conversations between politicians, activists and a variety of personalities who might throw meals at each other before sharing them. "The idea was to create some space where we can listen to each other," explained Luna. "Everyone is shouting these days; social media is a great example of that, but no one listens, and listening is [how] we find out what we can do together and connect. 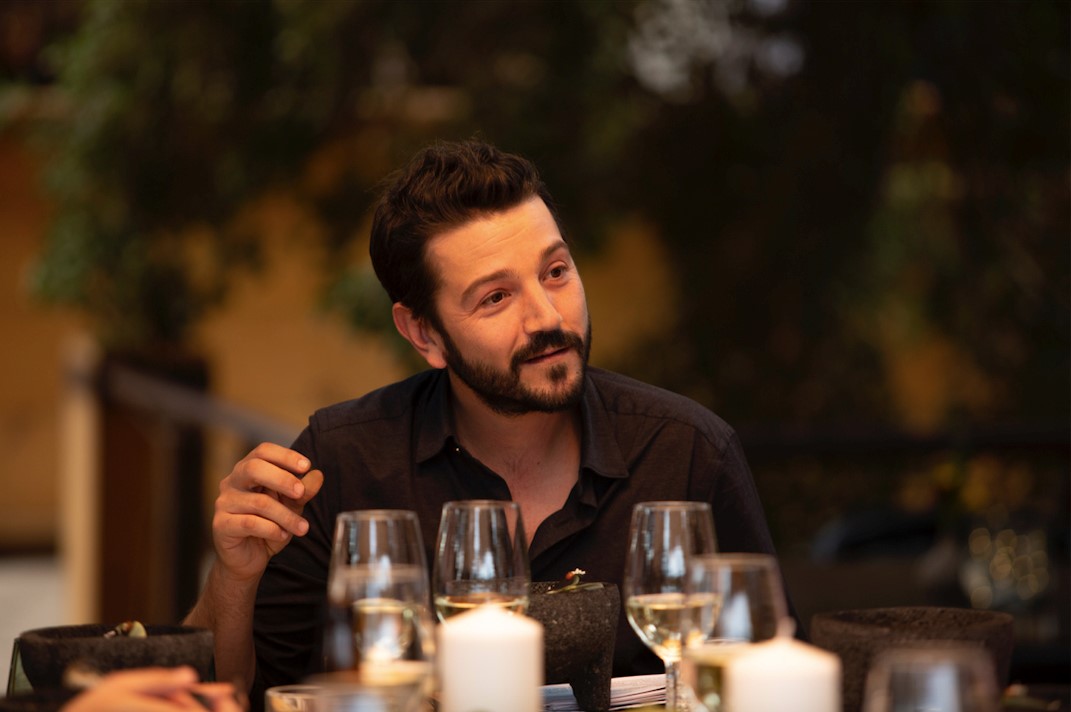 "Polarized societies are very dangerous," he added. "Also, [I wanted] to do a show where I can get closer to cooks. I'm obsessed with food and with the stories these chefs tell with their work, it was a chance to talk about the real world, the one that should be worrying us today so much."

Topical conversations of gender violence, climate change, decriminalization of abortion, racism and identity, drug legalization, immigration and, finally, COVID-19 (filmed remotely during confinement with virtual interviews) are discussed against the backdrop of menus created by some of Mexico's most renowned chefs, who also join the conversations. "Through the cooking and through the ingredients, they're telling a story and participating in the table," Luna revealed. "Towards the end chefs come and sit [at] the table with us, and they participate over the last course on the future.

&uot;It was interesting," he continued. "In the beginning, there was room for people to confront each other's ideas, but towards the end, everyone seemed to be heading the same way. I didn't want it to create fights. My aunt used to say, 'No one talk politics at the table.' To me, it's the perfect place for that to happen as when you're eating you can't speak."

If there's one thing Luna is proud of in his time as a one-man United Nations, it's that he brought people with vastly different ideologies to the table and educated them. "We had an activist that sees everything from one perspective, but another from the other," he revealed in closing. "Many people met at the table of Pan y Circo and they kept connected. Now you see them on Twitter participating [in] debates together, and you go, 'Wow, that connection was made at the table of Bread and Circus."