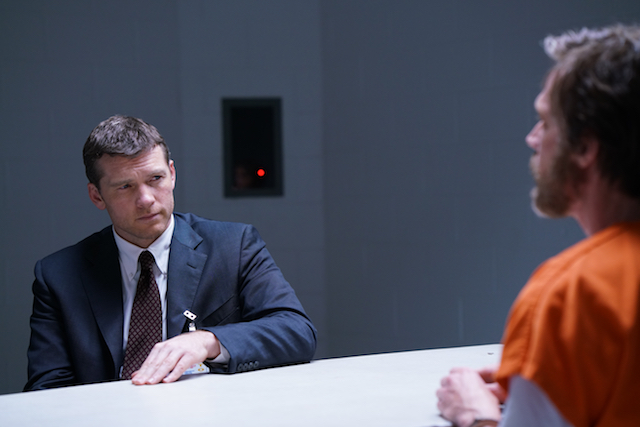 The Unabomber will be forever remembered as one of history’s most notorious domestic terrorists.  The man behind the shades and under the hoodie, Ted Kaczynski, is the subject of Discovery Channel’s eight-part series Manhunt: Unabomber. Kaczynski was a deeply troubled individual, to say the least, but the obsessions that ultimately drove him to murder haven’t been fully explored until now.  His overpowering belief that technology would enslave civilization, among other obsessions, resulted in Kaczynski penning his now infamous manifesto on the subject, culminating in a reign of terror that involved fatal bombings and led the FBI on a wild goose chase that lasted almost 20 years.

Manhunt: Unabomber stars Sam Worthington (pictured at top) as FBI Agent Jim “Fitz” Fitzgerald, the agent who was finally able to profile Kaczynski and played a major role in his apprehension.  During this process Fitz created linguistic forensics, a new strand of investigation that has since changed how the FBI conducts criminal profiling.

The project was so compelling that Worthington, a big star in Australia, told me he had to do it -- despite having three Avatar sequels in production. “It felt like doing four films,” the star of that blockbuster movie franchise told me.  “But it was the story that drew me in.

“For me it's always the storytelling rather than the medium,” he added. “I’d never done American television so the story here was the drive, and this is a character I have never played before.  We all know the iconic sketch [of the Unabomber] and that his brother may have turned him in, but there's another 99% of the story and how the wheels got rolling.  What fascinated me was the mechanics of it.  What happened to this guy?  Why haven't we heard the story? What is he like?”

He was familiar with the individual in the series’ title, yet Worthington's knowledge of Fitz was non-existent.  “The tough thing for me was learning what Jim Fitzgerald is like,” he explained.  “I knew nothing about him, but I knew that profiling was in its infancy … so he didn't have the knowledge we have nowadays.  I also knew nothing about forensic linguistics.  I believe back then it would have been seen as a joke.” 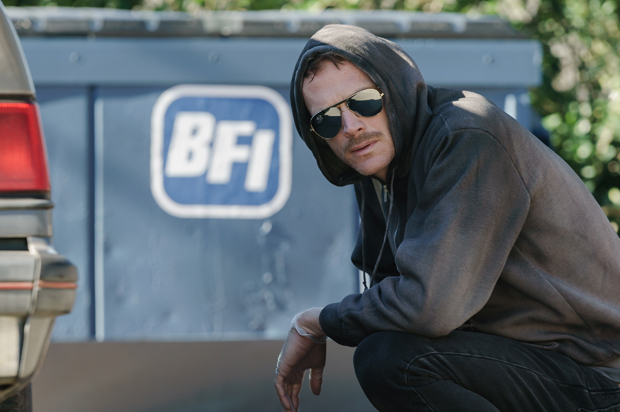 Worthington took an interesting approach to developing his character.  He chose not to meet with the real Fitz before production, instead having the agent complete a questionnaire.  (The real Fitz would eventually visit the set).  “I sent him 1000 questions I wanted answered,” Worthington explained.  “I thought in this case distance might actually help us get closer, because when you are sitting next to someone you generally have your guard up.  He indeed answered every single question and didn't hold back.  That started to help me formulate who this guy was.

“As an actor you are kind of a profiler anyway,” he continued.  “You first try and figure the character from the inside out, so in a bizarre weird twisted part of the discovery process you are a profiler.  But when it's with someone who is really a profiler … I'll admit I was intimidated saying, ‘This is how we are playing it.’”

The series doesn't just delve into the dark corners of the mind of Kaczynski (expertly played by Paul Bettany, pictured above and below) -- it also explores the toll Fitz’s passion for the case took on his personal life.  While Worthington can appreciate why his character would be so immersed in his work, this family man knows where to draw the line.  “I know how to distance myself and that a job is a job,” he said.  “I can get very passionate on a set and of course the work is important to me; it's the selling it and the red carpet stuff I'm known for not liking.

“But I do love the work’” he continued.  “I work for my family and my job allows my family certain freedoms, but they always come first.  If the job comes up I have to make sure my family is settled rather than saying the job comes before you.” 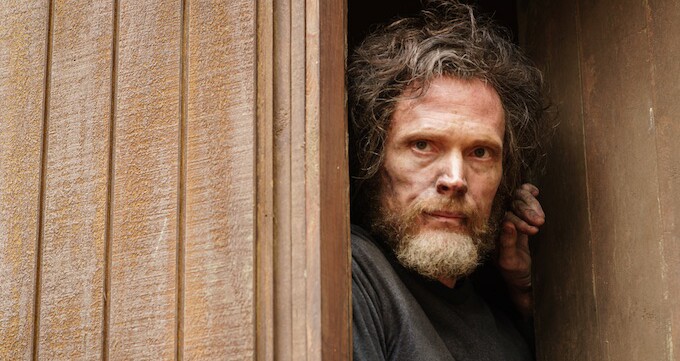 In preparation for the part, Worthington revisited Kaczynski’s manifesto, and on a day when his cellphone was causing him grief he was inclined to agree with it!  “I read the manifesto over and over,” he said.  “I don't agree with how he got his point across, but I do agree that we have become slaves to technology.  I see it and feel it in myself.  There are things in there where Kaczynski was ahead of his time, in predicting ways that systems created to help us would detrimentally contain us and conflict us.  Like my phone today; it's frustrating me and at the same time what do I need it for?  I know where I am, it's just an annoyance!”  (Pictured below; the replica of Kaczynski's remote Montana cabin at Discovery's TCA party celebrating Manhunt.) 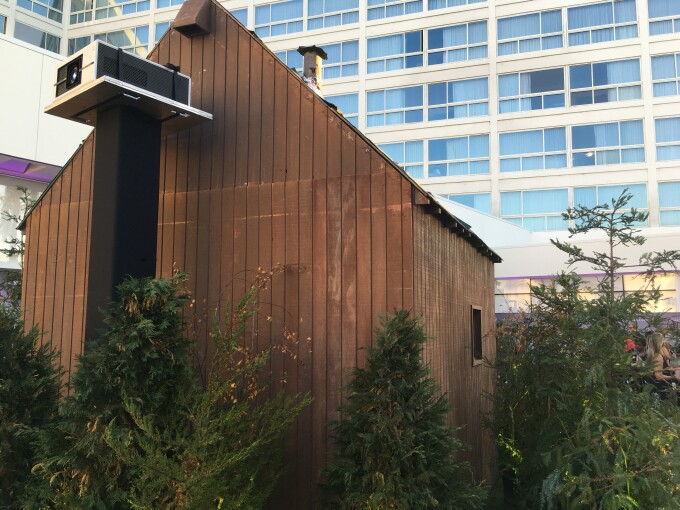 The two-hour premiere of Manhunt:Unabomber will be telecast Tuesday, August 1 at 9 p.m. on Discovery Channel.

The opinions and points of view expressed in this commentary are exclusively those of the author and do not necessarily represent the views of MediaVillage.com/MyersBizNet, Inc. management or associated bloggers.