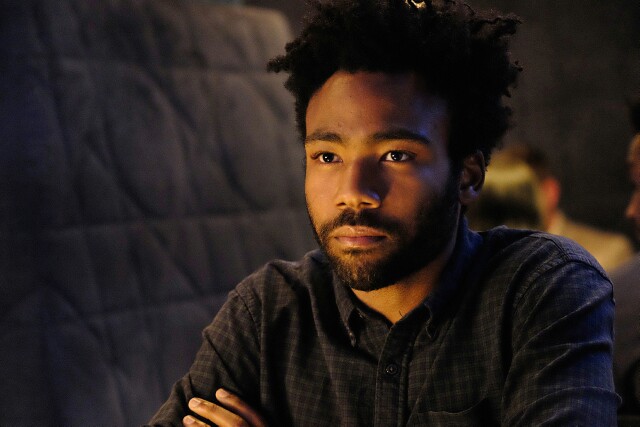 Editor's note:  MediaVillage interviewed Donald Glover at the 2018 Winter Television Critics Tour in Pasadena about the second season of his FX series Atlanta (which has since completed its run to even more critical acclaim than its first), his plans for an animated series adaptation of Deadpool for FXX (since cancelled) and his role in the latest Star Wars movie, Solo (which opened this weekend).  Read on to learn what he had to say about all three just a few months ago.

Expect a few changes when FX’s groundbreaking series Atlanta returns for a second season later this year.  That is to say, as was the case throughout Season 1 the show is going to continue to break boundaries and defy expectations week to week.  “We definitely went into this season trying to figure out what we liked about the first season,” series creator, executive producer and star Donald Glover told members of the Television Critics Association on Friday.  “We weren’t trying to think about it in terms of sitcoms or, like, tropes or what had come before.  We really tried to just devolve what television was.  So we just went into this [asking], like, ‘Why are we going to do Season 2?’  In the writers’ room, we talked a lot about How I Spent My Summer Vacation by the Tiny Toons.  It was our favorite as kids.”

Look no further than the show’s title to see the biggest difference; a primary theme that will run throughout. It will be known as Atlanta Robbin’ Season.  Donald’s brother Stephen, an executive producer and writer on the show, explained the term.  “Robbin’ Season, for most of you who don’t know, is a time in Atlanta, right before Christmastime and New Year’s,” he said.  “It’s basically [like] a bunch of crime happens in the city during that time as people just have more stuff [and] money, and people need money.  It’s a time when [all kinds of] robberies go up.  It’s a very tense and desperate time, so we wanted to kind of make that the backdrop to the season.  Our characters are kind of going through that same desperate type of transition, from their old lives to where they are heading now.”

For Donald, the success of Atlanta is just one element of a trajectory that began last year with the accolades bestowed upon the series and the actor; which included two TCA Awards for Individual Achievement in Comedy and Outstanding Achievement in Comedy (for the series), along with Golden Globe, Emmy and Critics Choice awards, to name just a few.  That trajectory culminated last year with a star turn playing young Lando Calrissian (a role originated by Billy Dee Williams in Star Wars Episode V: The Empire Strikes Back) in the soon to be released Star Wars prequel, Solo: A Star Wars Story.

That’s an experience that left the 34-year-old star struck.  “A big part of that whole experience was getting to bring my dad to the set,” Donald told MediaVillage after the Atlanta panel.  “I remember growing up and he was like, ‘This is cool; he's the only black guy in space,’ and then it was cool that he got to walk on [the Millennium Falcon].”  Donald said the legendary spacecraft is “just a beautiful piece of architecture and flying it is really fun.”

Williams offered him a little guidance when it came to filling Calrissian’s boots, Donald recalled.  “He just told me to be charming.  I thought that was the best piece of advice.”

Despite reported behind-the-scenes drama that included original directors Phil Lord and Christopher Miller being replaced by Ron Howard, Glover insists that overall his Star Wars experience was “a blast.”  He also assured that nothing really changed when it came to the movie’s production after Howard stepped in to helm it.  “It was actually good having another person there who was like, ‘What do you think of this?’  [Ron] grew up under George Lucas and really is a fan himself.

“I remember one of the first times going on the set and Ron was like, ‘I want to follow you onto the Millennium Falcon and do this thing.’  I was like, ‘I don't think I've ever seen [a shot] from the outside going into the inside.’  He was like, ‘Yeah, no one has ever done that shot.’  I thought that was cool.  I know there's been a lot of talk in the press about this movie, but for me it was a dream and it was just really cool to me.”

Glover also revealed his approach to entering the sacred Star Wars galaxy.   “Just take time and be honest with yourself,” he said.  It’s something he’s applying to an upcoming project for FXX, an animated Deadpool series, created by him and his brother Stephen and slated to premiere later this year.  “I know people love Deadpool and I know people who are comic geeks, but it's not the same as Lando or Atlanta where you have a whole city on your back.  Deadpool was very aware of himself, so I don't have to live up to anything and it's actually been quite easy.”