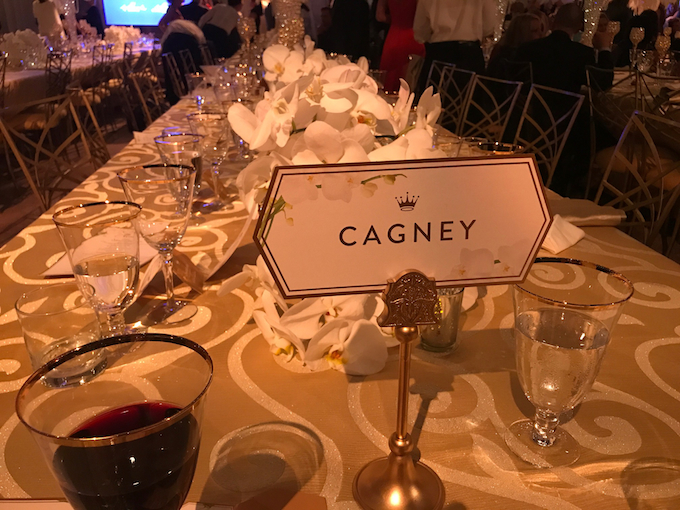 Beverly Hills, CA -- Crown Media Family Networks played host to the Television Critics Association Thursday with a star-filled soiree at the iconic Warner Estate in Beverly Hills. The theme was "Where Hallmark and Hollywood Meet" -- an acknowledgement of the rise and success of Hallmark Channel and Hallmark Movies & Mysteries as one of the most prodigious "studios" in Hollywood, now producing more than 100 movies per year along with hundreds of hours of original scripted and unscripted series programming. In terms of content, Hallmark is about to dramatically expand even further, as noted below.

The Crown Media event is always a highlight of the bi-annual TCA tours with the network sparing no expense to ensure memorable evenings for all. These parties also provide an opportunity to shine a spotlight on current and future productions that might otherwise be overshadowed in the era of Peak TV.  Hallmark's continued robust ratings growth indicates that the audience has no trouble finding and embracing Hallmark programming even though it is often overlooked by critics and reporters who are routinely crushed under the weight of so much television.  But that's a story for another time.

The party's theme was inspired by the Hollywood Studio system of the 1930s and '40s, something Hallmark emulates with its rotating roster of talent.  In fact, it seems that most actors who land a gig at Hallmark want to continue starring in and eventually producing projects for the company.  It is no secret that everyone on the Hallmark team from Crown Media Family Networks President and CEO Bill Abbott on down strives to create a welcoming environment and supportive atmosphere for the creative community.  That's why so many stars return over and over again to Hallmark's TCA events, often with something new to talk about each and every time. 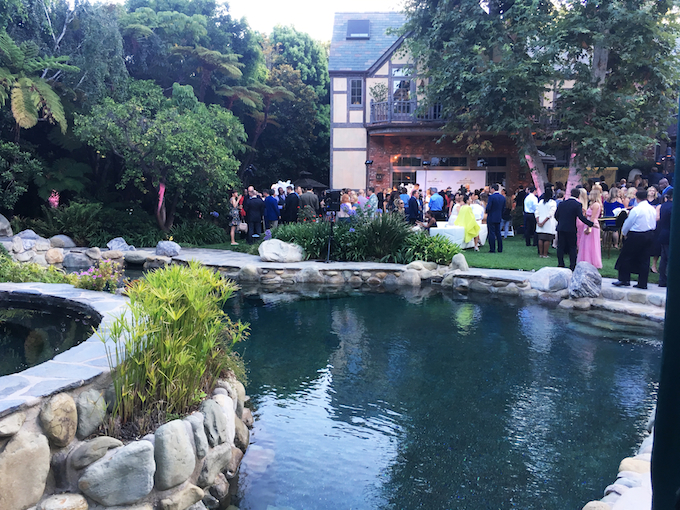 "It’s always nice to be invited back to the party,” said Sara Rue (pictured below, second from left), whose debut project for Hallmark Channel, All For Love, premiered this past May.  “Hallmark always throws great events, and once you are a part of the family, you are always welcome.  And they have baby ducks in the pond!  What could be better?”

Among the leading men (in front of the camera and behind the scenes) in attendance were (below, left to right) Ryan Paevey, Patrick Duffy, Paul Greene (now known as the Cary Grant of Hallmark), Al Roker and Trevor Donovan.

As usual, the network took the opportunity to make many major announcements about series and franchise renewals and continuations as well as upcoming new programs and casting.  But there was much bigger news to come.  On October 1, Crown Media Family Networks will launch a third linear cable channel -- Hallmark Drama -- with the promise of offering all drama all the time.  Then, on October 3, the company will launch Hallmark Movies Now, a standalone SVOD service available on a myriad of platforms.  For either a small monthly fee or a one-time annual payment, customers will have access to approximately 1,000 hours of family friendly content not available at the time on Crown Media’s linear channels.

“The launch of Hallmark Drama is a significant milestone in our business’ evolution,” Abbott told the crowd.  "It allows us to further deliver on that demand and reflects our ongoing commitment to expanding our footprint within the ad-supported linear ecosystem.”

Yet another major initiative announced by Abbott reflected Hallmark's ongoing commitment to assisting shelter dogs, a cause very dear to his heart.  In addition to the weekly adoption awareness provided by Hallmark Channel's daily talk and entertainment series Home & Family, the company will launch the Hallmark Pet Initiative; which will involve rescuing shelter dogs and training them to aid veterans of the U.S. military who are coping with PTSD.  A two-hour special is in the works and will be telecast to highlight the project and its progress.

News of full season renewals for all of the network's current primetime series was delivered by Michelle Vicary, Executive Vice President, Programming and Network Publicity.  Among them: Season five of Hallmark Channel’s widely popular When Calls the Heart will return with a two-hour sneak peek during the network’s annual popular programming event, “Countdown to Christmas” (which brings with it the premieres of 21 new holiday themed movies) before returning with 10 new episodes. 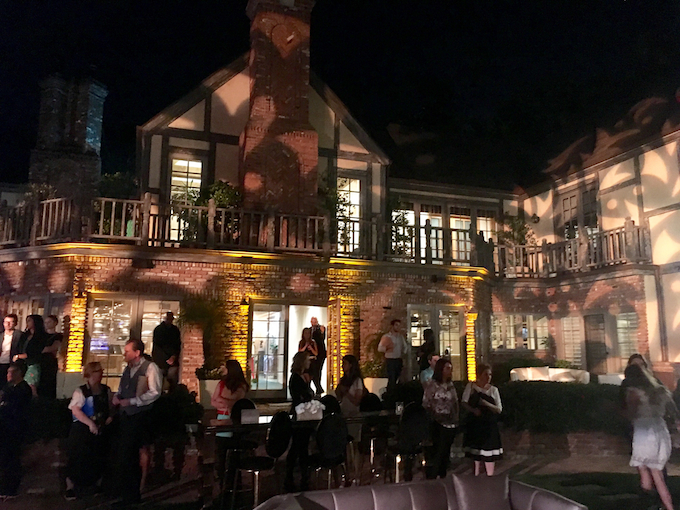 The opinions and points of view expressed in this content are exclusively those of the author and/or subjects(s) and do not necessarily represent the views of MediaVillage.com/MyersBizNet, Inc. management or associated writers.