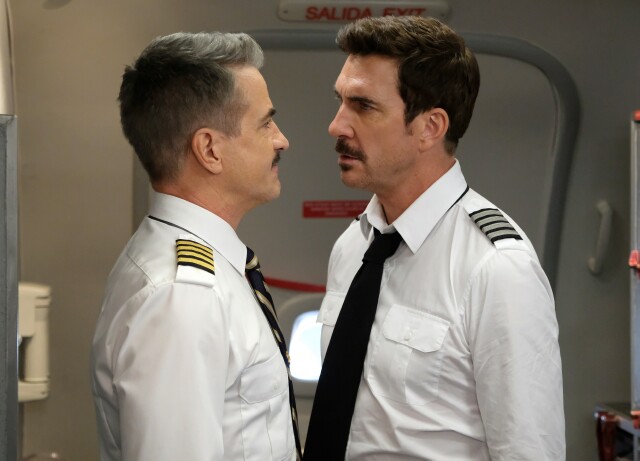 The ongoing Dylan McDermott/Dermot Mulroney mix-up has remained one of Hollywood’s greatest challenges for the last 30 years.  Which DM is which?  Are they the same guy?  Now, thanks to the Fox series LA to Vegas, the continual confusion surrounding the two actors may finally come to an end as they share a screen for the very first time.  In the episode to be telecast Tuesday, McDermott’s cocky Captain Dave character is forced to work with replacement rival Captain Steve, and despite their dueling porn ‘stashes, when viewers see the two side-by-side it will be evident that they are indeed very different individuals.  (McDermott is the man on the right in the pictures above and below.  Mulroney is the other guy.)

Exactly why people started confusing the two actors in the first place is the real mystery.  McDermott is glad the matter will finally be put to rest. “People just never get tired of it,” he recently joked of his ongoing dilemma.  “Obviously, it culminated with the Saturday Night Live skit about us.  And now here we are for the first time on camera together in episode three.  We had the best time.

“It's been a long ride,” he continued.  “I remember [super-agent] Sue Mengers, who was the head of William Morris when I was there, came up to me in the hall and said, ‘There can only be one!’” 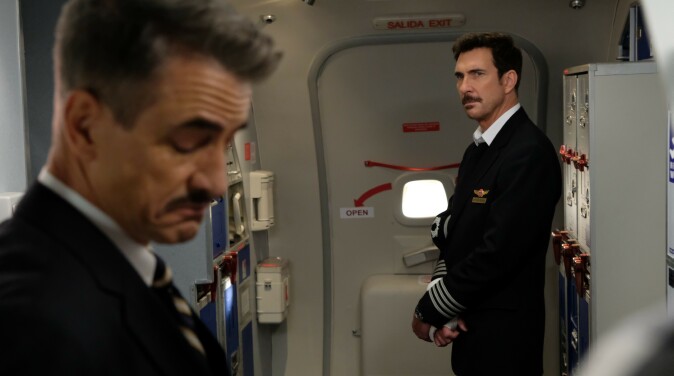 Armed with that information, McDermott admitted to actually considering a name change to Mick Dermott early in his career, and now sees a silver lining to the whole thing thanks to his new comedy series.  “There's been a rivalry for a long time,” he admitted.  “It was so annoying for so long.  The great thing about this story is that we finally are friends.  We like each other, which is, like, the biggest shock to me.”

McDermott tells MediaVillage the two had crossed paths “three or four times over the years,” and although he was not a part of the planning of the epic on-screen pairing, the news was music to his ears.  “It was time,” he laughed. “They actually called me and said, ‘What do you think about this?’  I said, ‘It’s a fantastic idea’ because, I think, people have been wanting to see us [together] for so long.  He’s a good sport and he wanted to come on, so all the stars aligned.  But it took 30 years and it was absolutely all I wanted it to be!”

LA to Vegasis telecast Tuesdays at 9 p.m. on Fox.