Disney hosted an Investor Day focused on ESPN in Bristol, Connecticut, last Thursday. Mid-term guidance through F2016 for the cable business was given and included 1) high-single-digit domestic affiliate revenue growth; 2) high-single-digit total operating income growth. Material factors noted in F2014 include it being the first full year of the new MLB contract, partial impact of the new NFL contract in F4Q, with the result being back-half weighted high-single-digit cable programming growth in F2014. In F2015, the NFL will continue to impact F1Q and the new NCAA Football Playoff will hit in F2Q; F2015 also includes a 53rd week, while F2016 will face the resultant difficult comp. Disney expects to complete negotiations with the final two of the Top 10 MVPDs by the end of the year, and expiration of NBA and Big 10 rights (the only major ones up for bid the rest of the decade) come after the forecasted three-year period.

Positive. We thought the day offered two over-arching themes: 1) A copious amount of information and anecdotes describing ESPN's dominance in sports media, and 2) a culture focused on technology innovation. The primary long-term growth opportunities highlighted were college sports – and especially the new SEC network – and continued growth in Latin America and a growing global cricket franchise. We were most interested in social media innovations – a dedicated social producer role was added a year ago and the new studio has a dedicated social desk – and new graphics tools to create premium native/custom ad experiences that also integrate real-time social data.

We are raising our target to $90 from $80 as roll forward valuation. Our estimates remain largely unchanged as we increase several segments (Filmed Entertainment, Consumer Products, etc.) to reflect better results from the Frozen franchise, which partially offset slightly lower Cable operating income estimates per guidance given at Thursday's investor day. 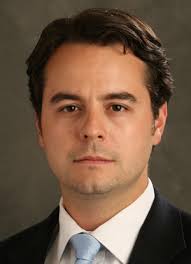