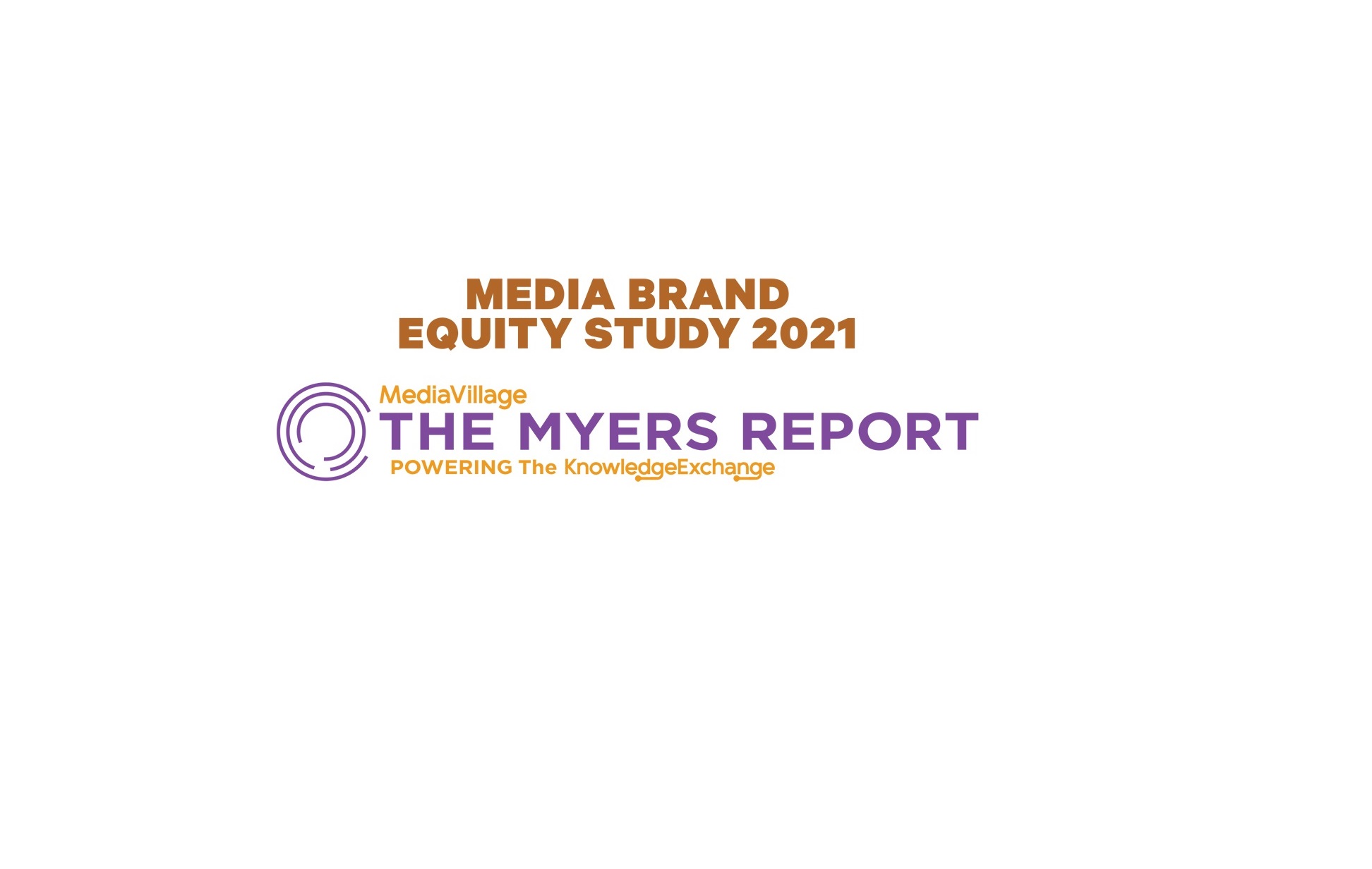 In school, what was your passing grade? For many a grade below 65% was failing. In brand equity research conducted by companies like Coca Cola, Nike, Disney and others that connect brand equity to financial value, brand equity scores below 85% are considered a failing grade. Translating that context to the media business, a new study conducted by The Myers Report for MediaVillage fails all 150 media content brands and elevates only 30 above the 65% passing grade (with half of those being granted a passing grade to account for margin of error). The highest scoring media brand is Disney+, with a barely passing brand equity score of 71.5.

With Disney+ and Netflix owning the first two spots in The Myers Report 2021 Media Brand Equity Study ranking, the surprising choice for the leading fully advertising supported media brand among 1,200 respondents completing an online survey is TED Talks (the umbrella brand as identified in the study of the TED content sites and NPR series).

Among legacy media brands, Disney's National Geographic Channel and NPR lead the industry, along with Disney Channel and Great American Country, recently sold by Discovery to GAC Media, a newly formed investors group led by Dallas-based Hicks Equity Partners. Hulu ranks 5th overall among all brands. The study asked consumers, along with advertiser and agency professionals, to rate those brands with which they were familiar (among 150 choices) on nine attributes that contribute to media brand equity. Brand awareness was not a measured factor, with Facebook, Amazon Prime and Netflix generating more than 1,000 completed ratings, while lower awareness media brands had viewer respondents rating them. TED Talks generated 342 respondents.

Print-originated brands The New York Times, Essence and The New Yorker are included among the top 30 media brands, accompanying digital brands The Dodo, Spotify, YouTube, Google Play, Instagram, Apple+ and WhatsApp. Black-oriented media brands TV One and OZY made the passing grade along with surprising entries NewsNation (formerly WGN America), Chicken Soup for the Soul and Universal Kids. Discovery Communications landed three spots on the list of leading media brands: Discovery, Animal Planet and Food Network. Along with Walt Disney Company brands Disney+, National Geographic Channel and Hulu, Disney Channel also made the list. BBC America and PBS are among the top-ranked brands and among sports brands, only the NBA made the grade with the NFL just missing the list. 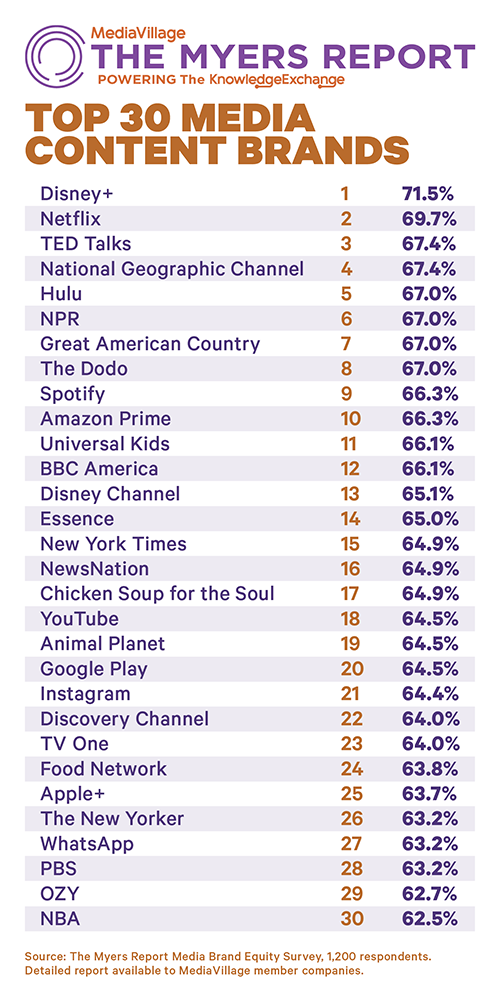