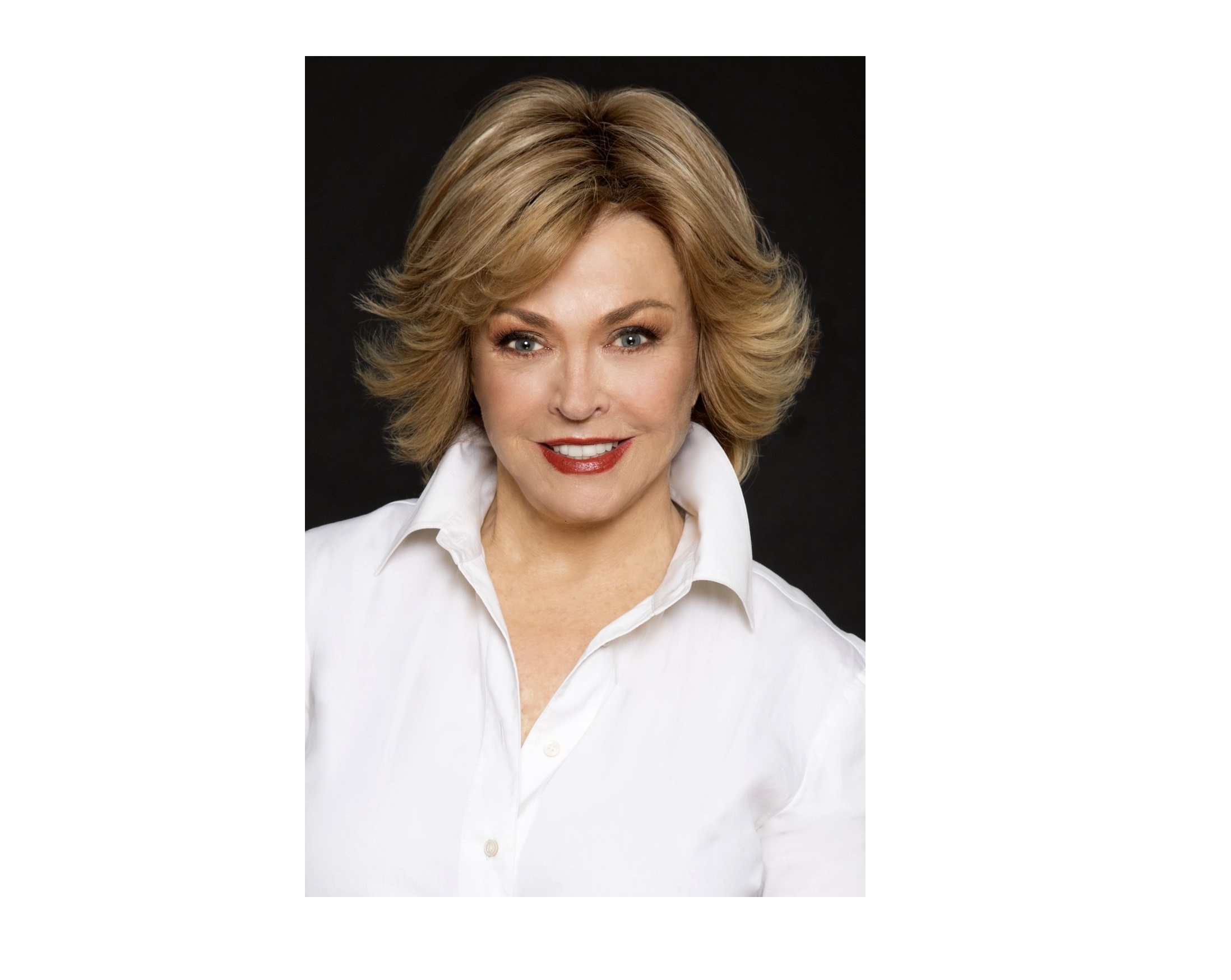 If you listen to Pat Mitchell and remain uninspired, it may be time for an undertaker.  The first woman president and CEO of PBS; a president of CNN Productions and of the Paley Center for Media, and the co-founder, curator and host of TEDWomen, Pat inspires on a global level in conferences around the world.  Her book, "Becoming a Dangerous Woman: Embracing Risk to Change the World," is available for pre-order at Amazon and booksellers.  Catching up with the peripatetic Pat is a feat.  At 76, she speaks fast in a soft Georgian drawl and remains committed to helping women.  Her success is a result of talent, intellect and drive.  Adroit at assessing situations and pivoting to the need, she's yet to meet a glass ceiling she didn't crack.  Pat has gone from academia to print journalism to television.  She's been on air and produced shows and films, including the Academy Award nominated Hank Aaron: Chasing the Dream,co-produced with Denzel Washington and MyersBizNet founder Jack Myers.  I first met her 19 years ago, when she was PBS' CEO.  Then, as now, listening to her is a treat and a reminder that setting goals and never getting deterred is crucial for success.

Jackie Cutler:  You've written about being reared a "good girl" in the South, easy to smile, never complaining.  How did you find your voice?

Pat Mitchell:  When I got to college, at the beginning of desegregation at the University of Georgia, the civil rights movement and the women's movement radicalized me.  There is no other way to say it; [they] gave me my voice and a purpose and reason to be on the front lines, and gave me a reason to leave behind all the expectations for girls coming of age in the South in the early Sixties, which never felt like me anyway.  So, it started there.  Then a divorce -- and to get a divorce was a small trial in 1968 -- was another step to defying expectations.  And then through a whole series of moves out of the South, from teaching to television, of pushing back barriers and fighting stereotyping and yes, sexual advances, all of the things that were a part of being the first or only woman.

Jackie:  What sparked you to action?

Pat:  One instance further confirmed my personal commitment to equality.  I found out a male colleague with the same job was making way more.  I confronted the dean and was told that the male colleague had a family to raise.  I didn't quit, and I didn't lead the strike, which I might have done at a later point in my career.  But I was angry -- that rage we have all felt when we know we are being underpaid or undervalued -- I seethed inside. I tried to make it as big of an issue as I could.  I wrote the dean, I protested, but I needed the job, so I stayed another year and then I left, determined to fight for equal pay for equal work.

Jackie:  How did you break into TV?

Pat:  I was unemployed in New York, with a five-year-old son.  I had left teaching for a writer's position at the weekly Look magazine.  One morning, I got a call from a WNBC reporter, who said, "Did you know you are unemployed?"  And I said, "No!  I am at work."  They had announced their bankruptcy and I was out of work.  I heard this click in my head that said he knew this news about my life before I knew it.  When I left the building to go look for work, I ran into a television reporter asking, "What are you going to do now that you are unemployed?"  I replied, "I think I will go on television!"

Jackie:  Once you decided, how did you make the jump from being an unemployed print journalist to working in TV?

Pat:  The next day or two, this reporter called me again to ask what I was working on.  I had spent months working on a story about the gang wars in Chinatown.  With his help, I sat all day long outside the news director's office.  He finally saw me and after reviewing my Look story, asked if I could do the story for NBC News.  I knew I was getting an opportunity to learn something about television, and the next day I was in Chinatown with a television crew.  They had to tell me everything.  Here is how you hold a microphone.  Here is how you look at the camera.  Because I had spent so much time with this community with this investigative report, I had a lot of people talk to me who probably wouldn't talk to a true television reporter.  I sat in the editing room and saw myself cut out of the story because I was unprepared for being on television.  But as I watched that night on the 6 o'clock news, I realized millions of people had seen the story, and I was hooked on the impact.

Jackie:  What did you do next?

Pat:  I started cold calling and going on every possible opportunity.  Several months went by, and I got rejections at every turn, but I was learning more at every turn, and I was waitressing at night to support my son and myself, even with my master's degree in English!  I was auditioning and applying for every job I saw -- executive assistant to production manager to anything.  I finally thought I [would] have to give up, go back to Georgia and get a teaching job.

Jackie:  And you took that newly acquired experience and parlayed it into a steady TV job in Boston?

Pat:  It was a fantastic local station, and in those days local stations did so much local programming.  I was one of two or three women.  It was a time of breaking barriers almost every day; coming into some sort of gender stereotype of, "You can't do this."  We saw this as a great opportunity because no woman had done it before.  We had a chance to prove what we could do and have a great time as well.

Jackie:  What were the major takeaways?

Pat:  I said yes to every job, as did the other women because we felt like we couldn't say no.  Now I realize I could have said no and not taken on quite the stress because we were being paid for one job and being paid so much less than the men.  We had sexual harassment -- all those things now out in the open.  It was the age of silence.  It was the age of protect your turf, and don't look at other women as allies.  Compete and compare.

Jackie:  You have reported, hosted and produced, and made your way up through the ranks.  What are some moments that stand out?

Pat:  I was making more money than I ever thought possible, even though it was half of what my co-anchor was making, and I had become well known.  I had an agent.  I was getting job offers.  I realized I wanted to use the power of media to tell other women's stories.  We launched a daily women-focused talk show, and moving into independent production.  I produced and hosted Woman to Woman, which was for national syndication -- and just beginning to be a big deal.  And I had the privilege to put together an all-women's production team.  We had on-site daycare because I wanted women not to face the challenge of balancing motherhood and career, as I had faced.

Jackie:  When did you feel you first cracked that glass ceiling?

Pat:  Running my own company and employing women in the mid-Eighties broke barriers.  Working for Ted Turner brought my first president's position.  I had negotiated from a point of strength -- a competing job offer.  The same was true when the offer came from PBS.  I felt empowered to ask for the right salary and title -- and hold out for it.

Jackie:  When are you most encouraged?

Pat:  I am most encouraged when I am in the room with other women leaders.  At conferences and forums that bring other women together -- not just women in media but women in all sectors -- and we share learning, experiences and problem solve together.

Jackie:  And when are you most discouraged?

Pat:  I think a lot about this lately, particularly when I see rollbacks on all the progress we made.  It is happening in this country, for sure, and in many places around the world.  But I don't get discouraged in my belief that more women in leadership, in decision-making positions, more women supporting, advocating, sponsoring each other can be the shift that will get us back on the right track.  A lot is necessary if we are to have a real shift in the power paradigm.  The current power paradigm is rolling back our rights, not just in the U.S., but also around the world, and it discourages us from protecting and supporting each other.

Jackie:  Are you hopeful?

Pat:  If I weren't, I couldn't keep doing the work I have.  I once asked Fidel Castro, in the Cold War series I did for Ted Turner, "Are you an optimist or pessimist?"  He said, "You can't be a pessimist and be a revolutionary."  If you want to be a change-maker, a problem solver, it takes a certain belief that things can be better.  It takes a certain kind of optimism that we can do it ourselves and we can dismantle our own barriers and can do that with women supporting each other and inviting men to be our allies and supporters, too.  It's not women win/men lose.  This is a time for win/win -- to shape a more just and equal world.

Like everyone else I have had failures and disappointments, but I keep my grandmother's voice in my head, as one of her favorite sayings was, "Falling on your face is, at least, a forward movement."  I have lived my life moving forward.  I am still on the journey and want to share the learnings with others.