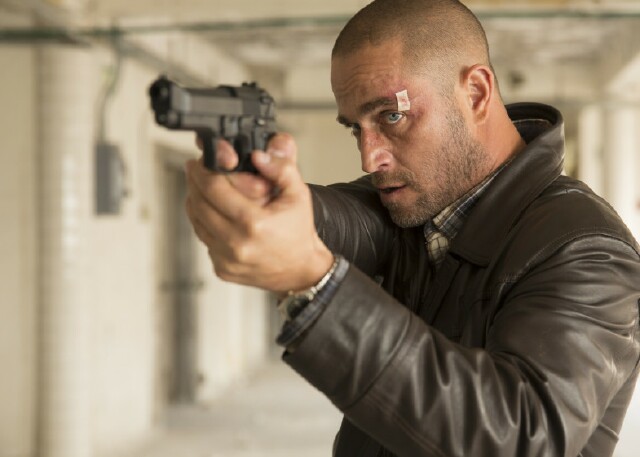 Following its expansive coverage of the FIFA World Cup, the global event that made up so much of Telemundo’s programming for the early summer, the network has premiered two new series to fill the void: Exatlón and Falco.  It’s no secret how large a role sports play in Hispanic culture, in addition to music, food and family.  Much of Telemundo’s programming focuses on those things, but its newest reality series focuses solely on sports.

Exatlón is a new sports-reality series telecast Monday-Friday and Sunday nights that pits a team comprised of ten Olympic medalists and celebrity athletes against a team of amateur athletes.  The teams consist of five men and five women facing different athletic challenges each day.  It’s during the Sunday elimination episode that the stakes are the highest, as the lowest performing contestant is pitted against someone from their own team. The two face off for the chance to continue and get closer to the $200,000 grand prize, while the defeated person goes home empty-handed.  In addition to the grueling challenges, competitors are also living in extreme conditions on an island, isolated from everyone but each other. 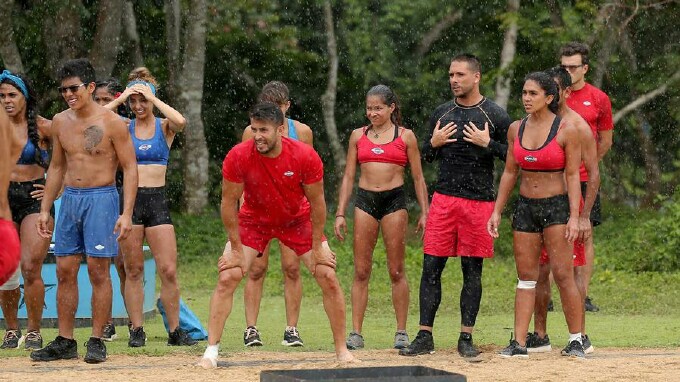 After the first complete week of challenges, Miguel Montaño, a 26-year old Mexican model and athlete from San Diego, was the first to be eliminated, leaving the “rookie” team with just 9 versus the 10 celebrity contestants.

Exatlón follows the format of popular physical competition series such as MTV’s The Challenge but focuses more on the competition itself and less on the inevitable romances between contestants.  It is a world-wide known franchise with respective series in Mexico, Colombia, Romania, Brazil and now the U.S.

Exatlón is telecast Monday through Friday at 7 p.m., with special Sunday elimination episodes, on Telemundo.

Next up among the new summer shows on Telemundo is the first of two previously announced “premium series” (which have fewer episodes but are action-packed nonetheless) -- the police drama Falco, based on the 2010 German series The Last Cop.  Set in 1994, the series follows the titular character Alejandro Falco, a highly perceptive and cunning detective in Mexico City.  Falco is very much a family man, head-over-heels in love with his wife and infant child; but everything soon takes a turn for the worse when he and his partner are attacked by unknown assailants and he takes a bullet to the head.

Falco survives but remains in a coma for 23 years and reawakens in 2017 with no memory of the events that threatened his life.  He is now in a world completely different from that which he left behind, where his city has completely changed, technology has advanced, his wife has remarried and he has missed his daughter’s formative years of childhood and young adulthood.  When reunited with his old partner, Falco meets a young detective named Caballero, who despite being a bit of a rookie is strong-willed and is just as cunning as him.  With or without Caballero’s help, Falco sets out on a personal quest of vengeance to find out who wanted him dead over two decades earlier.

While the majority of this happens at a rather high-octane pace within the first fifteen minutes of the episode, the remainder of the premiere deals with Falco’s physical recovery as he catches up on the world events he missed and adjusts to the 21st century in Trump-era Mexico City.  There are some heartfelt moments like his Skype reunion with his now college-aged daughter, and a brief but tragic exchange between Falco and his father, who is affected by Alzheimer’s and fails to recognize him.

Falco sets itself apart from the many other Telemundo series because of its procedural format, in addition to the larger arc of Falco’s quest for answers, as ​he returns to the police force and​​ investigates different cases, each of them ultimately connecting to his quest in some way.  Star Michel Brown (pictured at top) carries the series on his shoulders with some heartbreaking, emotional moments all the while perfectly portraying a tough-as-nails, no-nonsense cop.  The cast includes Enrique Arriola, who plays Falco’s old partner Juan Pablo Bravo, and Hoze Melendez, who plays hot-headed detective Caballero.  The premiere was directed Ernesto Contreras, known for directing multiple episodes of El Chapo, and was written by David Figueroa Garcia and Mauricio Leiva-Cock.

Falco is telecast Sundays at 9 p.m. on Telemundo.