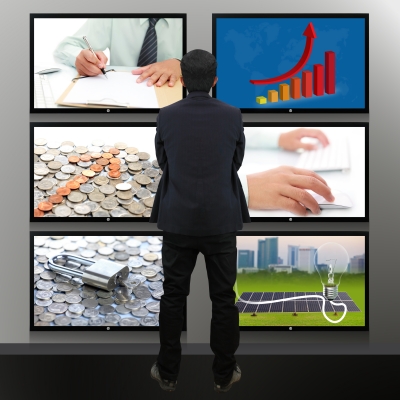 Television has displaced time itself with time shifting and on-demand – and even Einstein had a problem with time travel.

Even the basic state of consumption is problematic. Television is online. It’s mobile. Some have cut the cord. For some, the cord will never exist.

TV is even Smart.

So knowing that, why don’t we try to scale things back and just look at TV not from the perspective of an industry, but from an audience? Let’s go back to the basics of television.

What are the fundamental needs of a viewer from television?

One answer might be found in a psychological theory that was born around the same time as television itself. Let’s look at TV from the perspective of a Hierarchy of Needs.

Can television help people achieve these needs? From an informational perspective, yes.

The first level, biological and physiological, is the most basic. It’s food, water, shelter, sleep – basic human functions. Does TV provide any of these things? No, but the ads that you see on TV can guide you where to find them. When you move to a new area, the first thing that you set up is your television. And it gives you a pretty extended window to your new world.

The safety needs of the second level along with the social needs of the third level are both met by local broadcast TV news. This connection is so well-documented that it’s nearly indisputable.

And the definition of “social” that Maslow never could have imagined – social media – thrives with TV content.

The esteem needs and self-actualization needs tend to come from those TV experiences that are more personalized. It comes from seeing how you fit into the world – the drama, the comedy, the entertainment, the sports; it’s the Art that’s found on TV.

Five fundamental human needs, each met by television. In fact, three of the most basic human needs are directly addressed by local broadcast television.

So the next time anyone says that they don’t need TV, whether professionally, socially, or personally – psychologically, it’s perfectly reasonable to question their sanity.

Don Seaman joined the TVB in January 2012 as Manager of Marketing Communications, where he

is responsible for promoting and raising awareness of the TVB, and of Local Broadcast Television’s value propositions within the traditional and digital media industries. Don can be reached at don@tvb.org.