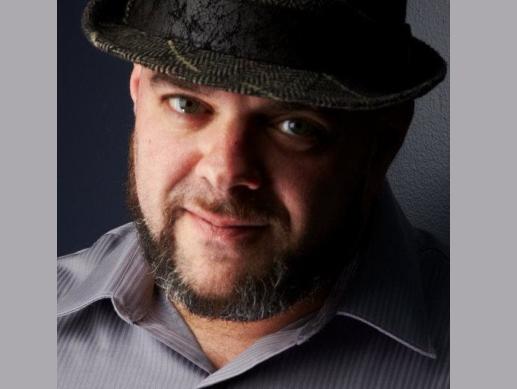 A decade ago, amidst the smoldering ruins of Dot Bomb industry carnage, I started a little agency called Traction with some friends in the spare bedroom of my apartment.

Ten years later, we've accomplished more than I ever expected to. We've worked with some of the world's greatest brands. We've been on the Inc. 5000 twice. BtoBMagazine named us either the #1 or #2 interactive agency in the country three times in a row. I'm proud of all that, but I won't lie. It's been a rocky road with some serious challenges.

Here are 10 random thoughts on a decade:

1. Everything is interactive.This industry has a bad habit of Hammer-Nail Syndrome (I have a hammer so every problem looks like a nail). This has lead to disconnects between online and offline that are just now starting to resolve. I've got a news flash: everything interactive. People's attention is constantly shifting and they are constantly moving through their lives and every time they come into contact with brands it is part of an interaction. If you don't get it by now, consider hanging up your hat. It's time.

2.Silos are still dumb.When we started Traction, we had left other agencies frustrated by silos. Nobody knew what to do with us digital kids, so they siloed us away in the attic (literally, I was at Tribal DDB and our office was in an attic over Subway sandwiches and the Irish Bank). Today, nobody knows what to do with mobile so they create silos for it. Same with social. That's dumb.

3.Whole-brain thinking.This has been a tough couple of years. The economy has been difficult. We're able to measure things. The result is a lopsided left-brained industry. We focus only on the analytical, only on the measurable, and ignore the right-side of our collective brains. But this industry was built on persuasion, inspiration, creating desire. We can't forget that. We must use our whole brains. It will be the companies that do that pull ahead.

4.Opportunity lies in chaos.I started Traction in 2001—a very tough time for agencies. But we were able to get office space at a fraction of the cost it would have been a year before. We were able to attract great people and build a company around them. When the economy collapsed two years ago, we all told our clients to spend into the downturn. It would pay dividends in the future. We were right. Within chaos, there lies opportunity.

5.Creative matters.We work so hard to spend every media dollar so efficiently. We optimize, we use data, we target and re-target and target some more. All of which is smart to do and continues to give us incremental gains. But what about the power of a great idea. If a great idea can increase your conversion rates by 2x, how does that impact the efficiency of your media buy? It doubles it. So, why aren't more brands willing to take risks to invest in better ideas?

6.There ain't no such thing as a free lunch.In recent months, I've seen agencies try to act like publishers and publishers try to act like agencies. I've gotten calls from publishers who are trying to get better creative that they can give away for "free" to other agencies on behalf of brands. Everything is shifting and everyone is trying to make it look like they are getting everything for nothing, but the truth is it takes a certain amount of time to do work. A shorter amount for lousy work, a longer time for great work, but someone always spends that time and someone always pays for it. The more we try to kid ourselves that we can get something without paying for it, the more we push ourselves toward an acceptance of mediocrity.

7. Great work. If you know me, you know that I have certain ambitions. Not for Traction to be a bigger and bigger agency, but for Traction to be a greater and greater agency. Someone recently tried to convince me I should stop dreaming about being Don Draper and just pump out crap as cheaply as I can so I can make a quick buck and retire. Last week at our 10th birthday party, half a dozen people came up to me and told me Traction was the greatest place they had every worked. That's what caring does. That's what pride in your work does. That's what striving to be great does.

8. Power in perseverance.I look back at the ups and downs over the past decade and am sometimes amazed we've made it through. Man, we had some tough times. I remember staring at the telephone and wondering how I was going to get it to turn into payroll in two weeks. I have hustled. But never considered giving up. Never considered not believing. Even when we had to make the painful layoffs a couple of years ago. I hear many in the industry lament the days of old. How will we survive? they ask. Just adapt, believe and persevere.

9.Be careful what you promise.Sometimes you promise a top ten list, but you can only come up with nine things.

10. Work hard. Play hard.We bust our ass to make it in this business. We think harder every day than just about any profession I can come up with. We stay late and eat cold pizza. We battle for ideas. We are held accountable. We damn well deserve to have some fun at the end of the day. Don't forget to celebrate your success when you have it.

Stir (never shake) a spoonful of charisma, a jigger of positive energy and a mind as sharp as a freshly plucked lemon and you get close to the cocktail that is Adam Kleinberg. Adam is CEO and a founding partner of Traction, an advertising agency and innovation consultancy in San Francisco. He can be reached at adam@tractionco.com.

CEO Traction Stir (never shake) a spoonful of charisma, a jigger of positive energy and a mind as sharp as a freshly plucked lemon and you get close to the cocktail that is Adam Kleinberg. Adam is CEO and a founding partner of Traction, an advertising agency…