Thanksgiving Blessings: The Rise in Smart TVs and Other Media Advancements 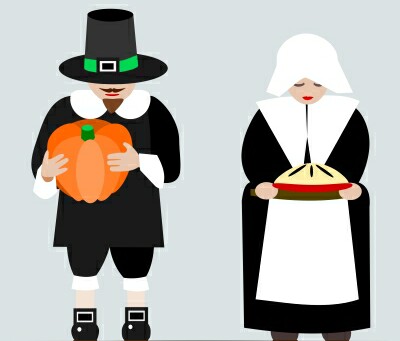 Here and elsewhere for years, I've commented on the reluctance and apathy the majority of venture capitalists, angel investors, incubators and accelerators have for investing in the next generation of TV programming, technology and services. It's an attitude you don't see in them when it comes to Internet investments (both content and tech), smartphones, tablets, even film ventures. Say the word “TV” in front of these people, and you have no shot of participating in their economic eco-system! It comes across as something disgraceful, whether in New York City, Silicon Valley or in-between.

Yet on this Thanksgiving week, there are a few things to be thankful for in this environment where the state of TV is concerned. First, television’s absence in this eco-system hasn’t hindered a remarkable television era from taking shape – one that will influence the rest of this decade and beyond. Consider the explosion of original programming all over the place, especially distinctive scripted series, along with the adoption of smart TV sets by consumers allowing them to watch their favorite networks, the Internet and original interactive applications; the quickening adoption of accessories that make TVs “smart,” such as Roku, Google Chromecast and Amazon Fire TV, and growing avenues for talent to break into the medium, such as the New York Television Festival and South By Southwest.

Right behind all this: The beginnings of the ultra HD era and the era of home automation through the TV set, as in control of other in-home/apartment elements from room temperature to the front door.

Of course, what would be cause for deeper thanks is seeing VCs and angels and incubators/accelerators move off their collective backsides, figure out that TV is a digital medium worth investing in, and then invest! They jumped in when the iPod, the iPhone and iPad came out. How about a similar advance with Samsung or LG's smart TV app store, Roku, Chromecast, Android TV and Amazon Fire?

Another thing to be thankful for is the rise of TV projects using crowdfunding sites like Kickstarter and Indiegogo for seed money. Several series creators have raised as much as $100,000 for their pilots. This week, National Geographic Channel launched Chug, a nonfiction series with major Kickstarter support. Interactive service creator SeeScape had a successful crowdfund run this spring, while home automation/social media via TV effort MaxMyTV looks like it will fall short of raising $250,000, despite positive reviews for its service. We'll see if Max goes forward anyway. What would take this to a level to be truly thankful for would be the Securities & Exchange Commission approving the equity crowdfunding process they settled on 13 months ago.

Thankful acknowledgment also goes to Dogfish Accelerator, the first independent incubator/accelerator devoted to nurturing content ventures for TV, digital and other media. The Brooklyn-based organization unveiled its current set of projects in public last week. All four efforts showcased offer great TV possibilities. The really thankful deal: Dogfish isn't solo in its ambition for long. Meantime, interactive and smart TV projects are under the watch of Sprockit, an incubator formed by a media consortium which includes the National Association of Broadcasters and Univision, and the joint Walt Disney/Tech Stars accelerator undertaking formed last winter.

Last but not least on this thankful parade is the launch of Silicon Harlem, a project out to develop a community of start-up ventures in this landmark Manhattan neighborhood on the order of Silicon Valley or Alley. Former NAMIC president Clayton Banks is a co-founder, and TV ventures are welcome to be born here. Keep your eye on what comes forth.

What would elevate the thanks for this, and the other items cited, is some New York City or state person or agency becoming the go-to advocate for TV investment -- the person or agency that whips up VC/angel/incubator participation. How about it, Mayor Bill DeBlasio, or NYC's economic development or media/entertainment auspices? How about it, Startup NY? How about it, Partnership NYC or a comparable organization? Let's see if New York City can be as great with TV investment as the city is with attracting TV productions to make it here. And let's see the same thing happen in Silicon Valley, Route 128 near Boston, that North Carolina research triangle, Miami, Texas and elsewhere.