The Age of the Seasoned 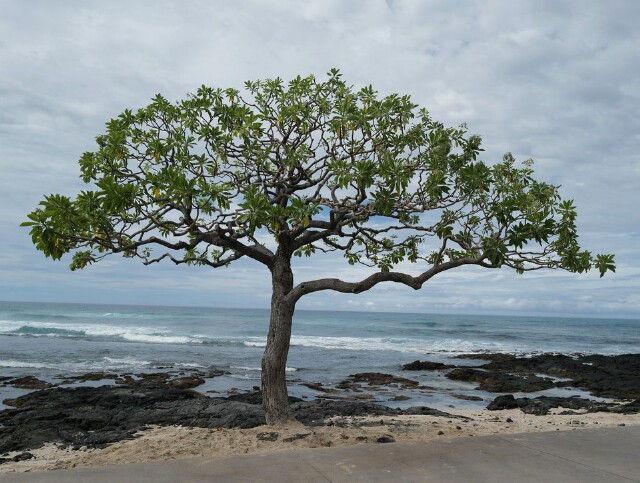 While society, politicians and businesses of every kind (particularly marketing) are focused on what comes next, on the new, on the young, and on the emerging, the biggest shift and impact on us all may not be what will come but those who have come before! Yes, Millennials and Gen Z are criticized because of their habits and behaviors and expected longevity, but we may be entering "The Age of the Seasoned!"

By 2050, one in four persons living in Europe and Northern America could be aged 65 or over. They will control 70 to 75 percent of the wealth.

Companies will be desperate for workers with experience as the workforce shrinks.

The fight against sexism and racism may in time extend to ageism.

Flexible work and new technology behaviors due to COVID will create massive new flexibility and opportunity for the seasoned.

Older people tend to be more active politically and vote more often so they will have significant heft in democracies.

People over 55 now control nearly three of every four dollars and the share is growing.

Though the generational picture is stark, the difference in U.S. household wealth by age makes the picture of shifting wealth even clearer.

Since that time, however, the shift in wealth to older generations is clear. The 70+ age group has seen their share of wealth increase to 26% , while the share held by ages 55-69 has grown from 35% to almost half.

But not all ages are seeing an increasing slice of wealth. The 40-54 age group saw its share drop sharply from 36% to 22% between 2001 and 2016 before starting to recover towards the end of the decade, while the youngest cohort now hover around just 5%.

Clearly within the older generations there is wide disparity in wealth with tens of millions not having enough to retire and others with enormous fortunes, but as a cohort the seasoned is where the money is.

As populations begin to shrink, and assuming anti-immigration fervor does not dissipate, businesses will increasingly have to rely on older employees.

Populations in most Western countries are shrinking fast. The United Nations has said the number of people in the EU bloc will drop to 365 million by 2100, down from 446 million today.

But a new study, published in the medical journal The Lancet, predicts it will fall more sharply, to 308 million by the end of the century.

The year 2021 is the first time since 1937 that the U.S. population grew by fewer than one million people, featuring the lowest numeric growth since at least 1900, when the Census Bureau began annual population estimates.

Both for financial reasons of countries delaying pensions due to financial constraints and the desperate need for workers there is going to be a massive aging of the workforce.

Increasing Sensitivity and Awareness of the Other "Ism": Ageism

Recently a research report titled Workplace Equality for All! (Unless They’re Old) conducted by professors at Stanford and New York University revealed that while there was less and less tolerance for any form of racism or sexism, ageism was still relatively widespread.

Their research revealed that more people tended to endorse this idea that there should be equality for everyone and striving to reduce prejudice toward traditionally discriminated groups, there was this surprising correlation. Those who were more egalitarian -- who were striving to reduce prejudice toward traditionally discriminated groups -- were less likely to endure racist views and less likely to endorse sexist views but weirdly, they were more likely to support ageist views, endorsing this idea of succession; that older adults should step aside and make way for younger generations.

However, it is very likely that the advances against racism and sexism will likely also help against ageism because the concept of "fit" which might have held back women and people of color can also no longer be used to discriminate against older people.

As the authors note: "Think of how many hiring decisions, firing decisions, promotions, raises and opportunities are allocated based on so-called 'fit.' Man, the word 'fit' is so loaded when it comes to age, right? It's a code word."

As a result, more and more companies are facing and losing age discrimination cases.

How COVID changed mindsets in ways that may benefit the Seasoned

Millions of Americans have disappeared from the workforce, and many of those who have left are older. Their exit has many causes from positive ones such as appreciation of assets that allow them to leave to negative ones which are greater susceptibility to illness or inability to get back easily to a job. This has left business scrambling for talent and more willing to increase pay, provide greater flexibility and better hours.

The two biggest shifts due to COVID which will benefit the more seasoned is that fact of distributed work ("remote" is not correct since being out of the office does not mean you are isolated and do not meet with people in other places) and how quickly older people began to leverage and adapt to technology putting a nail in the "they fear technology" nonsense.

Distributed work allows companies to buy a part of a seasoned person's time making them affordable while giving them flexibility to go from full time to part time work and no longer a forced choice of work or no work. Technology especially with Web 3.0 will continue to enable and extend capabilities without knowing how to code or being physically in great shape.

Finally, this supposed hunger for mentoring, guidance and learning the ropes that people are missing comes from whom? The Seasoned! And it can be done in person outside the office or even on Zoom!

Will generational divides be another axis of polarization?

Will the disparate wealth between the Seasoned and Gen X/Millennials be another driver of polarization or will the transfer of wealth via inheritance (though likely to increase inequality) ameliorate these possible fissures? The implications regarding the future of taxes, medical care and social benefits are likely to be significant. Already young people are far more likely to be socialist as they wonder if they will ever do as well as the older generations with many ladders of advancement and wealth creation in short supply.

Is your firm getting ready for the Age of the Seasoned?

Every company should not just ask how they are getting ready not just for the next frontiers of technology but the Tsunami of the Seasoned. From introducing or adapting products to designing services it will be key to keep this key constituency in mind. HR and talent management needs to ensure your workplace can take advantage and leverage their talent.

Are you planning your career keeping in mind the Age of the Seasoned?

Careers are likely to last five decades. In 12 Career Lessons a key learning is to think in long cycles and keep in mind that the reason the grass appears greener on the other side is that is often fertilized by bullshit.

As firms increasingly leverage distributed and unbundled work to find new ways to architect teams most people are going to work across generations and not just across time zones. What emotional and intellectual skills, what expertise and craft will you need to hone and grow and how will you re-invent yourself over your seasons in an increasingly plug and play world?