WGN America Scores with Americana Past and Present

By Simon Applebaum November 29, 2016 Tomorrow Will Be Televised Archives 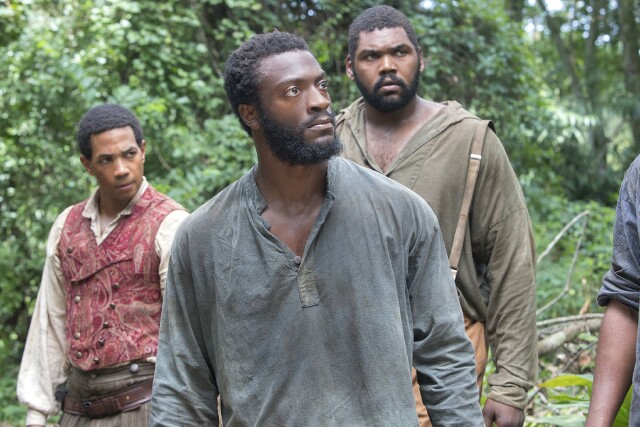 Short of marking two years existing as a successful basic cable entertainment network, what is WGN America most thankful for this holiday season? "Great question," responds Matt Cherniss, the network's President and General Manager. "I'm thankful for our original programming and the success it has brought us. It's given us the ability to build a national brand."

The original drama series on WGN, all either offering a unique take on American history or a slice of present American culture, have boosted the network's reputation as a top-shelf programmer close or near par with other acclaimed sources of ongoing quality content. As the channel begins its third year as a basic service on December 14, more than 80 million U.S. television households can see the service by cable or satellite. Overall revenues are up, advertising sales are up, and if the timing's right, Cherniss' enterprise will travel to New York and hold its first Upfront season event next spring.

Salem(pictured below), derived from the infamous Salem witch trials, opened WGN's push into original drama in April 2014, eight months before the network officially declared that its long-run as a "superstation" was behind it. With that action, the network formally broke away from the Chicago television station that since 1978 was distributed coast-to-coast by United Video, then other factions, and finally WGN owner Tribune Media. As a superstation, millions around the U.S. could watch Chicago Cubs baseball every summer and Bulls basketball every winter, while children could check out big-top studio antics weekends on Bozo's Circus. Tribune renamed its superstation feed WGN America eight years ago, then started the separation effort in 2013. 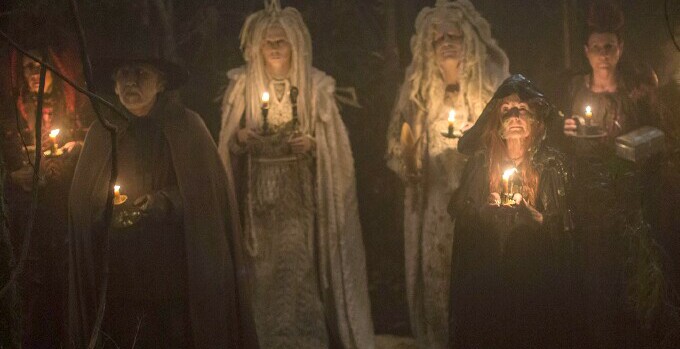 Manhattan, the network's acclaimed drama about the people who built the first atomic bomb near a remote town in New Mexico, circa 1943-44, followed a few months after Salem. This year, WGN America launched two original hours -- Outsiders, about the struggle between a mountain community and residents of a nearby town in present-day Appalachia, and Underground, the first drama series exploring the creation and operation of the Underground Railroad that gave slaves their ticket to freedom in the 1800s. (Alano Miller, Aldis Hodge and Theodus Crane of Underground are pictured left to right at top.) Manhattan won an Emmy award last fall (for its opening title sequence by Imaginary Forces), but was cancelled after two seasons due to a drop in viewership. Salem is the midst of season three Wednesday nights, and Outsiders and Underground will return for their second seasons during the first half of 2017.

"I don't think we set out to be a home for Americana," says Cherniss, who was a history major in college. "We just found and greenlighted projects dealing with instances people may have heard of, but not intimately. They turned out to be unique touchpoints of American history or of our present day. In all these cases, thanks to creators with vision, each of these series are entertaining for the audience and have something to say about our nation today. Also, they ask questions about the country we live in -- or they have the audience face those questions."

In particular, Underground raises issues about the road to a free, diverse society where people of any race are accepted. In its first season, the program scored widespread raves from critics and was screened at The White House and the new Oprah Winfrey Theater at the Smithsonian Institution. "The series reminds you of The Great Escape, a film where people got a great story, not a dry history lesson," Cherniss suggests. "Both that series and Outsiders make a big effort to show all angles of their subject. Often with Outsiders, you wonder who the protagonists are at any time."

In his thinking, these two series together were the most impactful development for WGN America this year. More than 20 new advertisers, including several automobile suppliers, made Upfront commitments for this fall, excited by the early fortunes of Outsiders (pictured above) and Underground.

Also, this year, WGN America converted its primetime schedule, featuring exclusive off-CBS presentations of Elementary and Person of Interest, from the classic weeknight strip approach to a multi-hour block format. After Salem debuts an episode Wednesday nights at 9 p.m., that episode repeats at 10, 11 and midnight, and sometimes later. Another night can be all-Elementary, or a set of movies with a connecting theme.

For 2017, the network plans to launch another pair of new series, chosen either from pilots currently in production or projects made and under review by Cherniss and his programming department. Roadside Picnic would be WGN's first attempt at science fiction, incorporating -- you guessed it -- an examination of future times for the U.S. Sony is behind this production. Mixing a crime tale with life on an American Indian reservation, Scalp brings the popular DC/Vertigo comic to life via Warner Brothers (like DC, a unit of parent Time Warner). "We will have a Native American cast and populate this series with as many Native Americans behind the camera as possible," Cherniss declares.

At least two other projects continue in series development: weekly anthology The Ten Commandments from The Weinstein Company, where a different writer and director examine one biblical commandment per episode in modern day, and a depiction of African-Americans economic leadership on Wall Street during the early 20th century.

Cherniss anticipates the network will expand its development strategy over the next year, exploring talent from the television festival circuit in places from New York to Denver, and the number of efforts launched since last winter to create series produced, written and directed by women and women of color, such as We For She, We Did It Together, The Alice Institute and Women in Film's partnership with The Blacklist, the online collective of movie and TV scripts.

"People like us and our competitors aren't looking for the obvious anymore," he says. "We're seeking talent with a solid viewpoint. I'm not worrying about our ability to find more original programming. There's more opportunity out there."

On a scale of 1 to 10 -- zero being just that and 10 being that zone of metaphysical servitude John McLaughlin used to delight about -- Cherniss puts the evolution of this channel from its superstation roots to fulfilling its full potential for original programming at a 3. "There's a lot of upside in our future," he concludes. "You go by leaps and bounds, and your fortune rests on how you operate when the big moments come along."