Apple Daily and Annapolis: Two Farewells to the Free Press 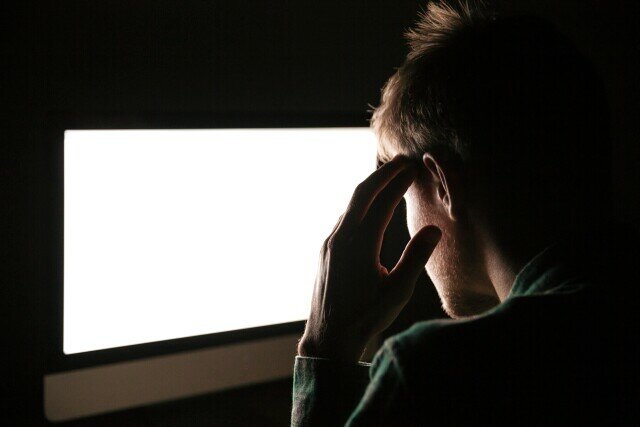 The Capital Gazette in Annapolis Maryland and the Apple Daily in Hong Kong may not appear to have much in common, but each reflects the challenge facing democracy when the role of the free press diminishes or disappears. While it may seem a stretch to compare a small-town American newspaper just sold to Alden Global Capital, the vulture fund that specializes in buying and then gutting distressed papers, and a popular pro-democracy tabloid doomed by Beijing's authoritarians as they snuff out Hong Kong's last freedoms, the parallels and their consequences are anything but.

The newspapers have a lot in common. As businesses both obviously are cratering. Violence also has tragically marked their fates. In Annapolis, a gunman murdered five Capitol Gazette staffers in their offices in 2018. In Hong Kong last August, 200 state security agents raided the Apple Daily. Their guns weren't blazing, but the devastation of its newsroom continues today. Last week, agents arrested a senior Apple Daily journalist about to board a London-bound flight, the eighth executive or reporter taken into custody. Jimmy Lai, Apple Daily's owner, was arrested last August. Expect any future confessions, a staple in China's kangaroo courts, to be the product of coercive interrogations reminiscent of The Manchurian Candidate's script.

Most Americans probably would agree that the demise of old-fashioned newspapers in the digital age is a fact of life. If the Capital Gazette becomes print journalism's latest casualty, Alden Global Capital -- which bought Tribune Publishing, the Capital Gazette's parent -- also is doing what vultures do: dissecting the remains and peddling the pieces to maximize profits. It's a business model. The same goes for Xi Jinping. Like Alden in Annapolis, in Hong Kong the leader of China's Communist Party is shuttering independent news outlets. In Xi's case closing the Apple Daily isn't about deficient revenue. He's using Hong Kong's new national security law to mop up its pro-democracy detritus. As Xi's spokesmen would say, it's China's internal affair.

But whether it's the perils facing the Capitol Gazette or independent media's disappearing act in Hong Kong, Alden's vulture capitalism and Xi's authoritarianism are having the same effects. Annapolis is only the latest city where print journalism's demise is eliminating local reporting vital to its citizens' understanding of events and issues. David Simon, the former Baltimore Sun journalist who created the television hit The Wire, put it well last weekwhen Annapolis unveiled a memorial to the city's slain journalists. "Here in Maryland, the Capitol Gazette and the Sun … are brutalized by out-of-town ownership that answers to the hunger of shareholders, not to any public or community obligation."

Substitute "commissars in Beijing" for "out-of-town ownership" and Simon's statement fits Hong Kong to a "t." The stories of Annapolis and the Apple Daily bode ill for the press in any democracy. In the United States, local news deserts are spreading as newspapers disappear or, like broadcast outlets, are rolled up by absentee corporate owners whose homogenized news output and formulaic reporting barely cover local issues, if at all. Abroad, meanwhile, from journalists tortured by Myanmar's military junta and Jamal Khashoggi's assassination by order of Riyadh's royal court to Russia, Hungary and Turkey, where authoritarian leaders are making once-vibrant independent media into shadows of themselves, China's crackdown on Apple News is only the latest headline about a free press under growing attack.

For countries as well as citizens concerned about the consequences, Xi's destruction of the Apple Daily obviously is part of a bigger story. The Biden administration has acknowledged as much. "Authoritarianism is on the rise around the world," Secretary of State Tony Blinken said on World Press Day in March. Human progress only occurs if a free press plays its role, he asserted. "Some governments incarcerate journalists, harass them, target them for violence. Some use other, more subtle means like mandating professional licenses for journalists and using endless bureaucracy … or imposing high taxes on newsprint to push independent media out of business." Blinken couldn't have been clearer. "The Biden-Harris administration is committed to putting human rights back at the heart of our foreign policy. That includes press freedom."

That's what makes its tepid actions such a headscratcher. "We will impose visa restrictions on people who, acting on behalf of a foreign government, engage in activities, including suppressing, harassing, surveilling, threatening, or harming journalists or their families," Blinken warned in March. To be sure, the administration has followed up on its words. But denying visas when the heavies in the security services or military who do the dirty work in China, Myanmar and Belarus want to visit Disney World or Las Vegas hardly rises to Blinken's rhetoric. Nor is it even close to a credible deterrent to their political bosses in Beijing, Yangon or Minsk, where crushing a free press, including torturing or kidnapping reporters, remains the order of the day.

For the Biden administration, calling out the frontal assault on press freedoms doesn't require reinventing the wheel. The Cold War provides ample examples of effective tools -- from information services to public diplomacy -- to confront the repression. Take investment in Voice of America, Radio Free Europe and Asia, Middle East Broadcasting and other affiliates. Since 2017 budgets and capital investment for the government's international broadcast operations have fallen 22 percent. Human resources are in even more dire straits. Thanks to the Trump administration's mismanagement, over the last four years the outlets' roster of Americans and foreign employees who deliver the news is down a whopping 58 percent.

A public information and diplomacy program to spotlight the repression facing the free press won't fall on deaf ears. A Pew Research Center study on China's international standing released last week, for example, revealed that negative views of Beijing, its leaders and their actions, including on human rights, are at historic highs in Europe and Asia as well as the United States. "Across advanced economies in Europe, North America and the Asia-Pacific region," the Pew analysts wrote based on their surveys earlier in 2021, "few people think the Chinese government respects the personal freedoms of its people. In 15 of the 17 publics surveyed … eight-in-ten or more hold this view."

Should President Biden make the plight of the free press and its impact on democracy around the world a priority? It's not hard to conjure the counterarguments: tensions rising with Beijing and Moscow; a new hardliner in Tehran; Afghanistan on the brink of collapse; inflation and the pandemic clouding economic recovery abroad as well as at home. The Biden White House faces hard power challenges that trump soft power worries hands down. It's the wrong time to kvetch over roughed up reporters in Myanmar or jailed TV correspondents in Turkey. Unfortunately, that's not how Vladimir Putin or Xi Jinping appear to see the issue.

In 2005, Putin founded RT, Russia's Kremlin-directed and -funded international television news network, as he put it, to "break the Anglo-Saxon monopoly on global information streams." Over the last decade, Xi Jinping has done the same and more, directing the creation of a major international media apparatus. Today, China's state-owned television and radio outlets broadcast their version of the news in 140 countries and 65 languages. The effort in Xi's words aims to "establish a new world media order."

The investments by Putin and Xi will take time to pan out and their success, of course, isn't guaranteed. But there's no question the odds in their favor rise if a free press and its role in democracies abroad wither along the way.