The Art of Business -- Jaffer Ali 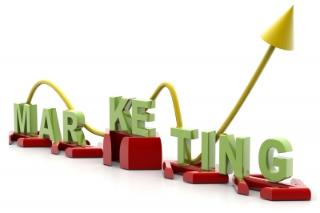 Science is not a heartless pursuit of objective information. It is a creative human activity, its geniuses acting more as artists than as information processors. --Stephen Jay Gould, Ever Since Darwin

I no longer read business books. Been there, done that for too many years. Stimulation comes from reading many other sources. My current obsession seems to be evolutionary theory. And there are few better to read than Stephen Jay Gould.

I prefer him to evolutionary reductionists just as I push away from all sorts of reductionism in every field imaginable. There is a psychological matrix that all reductionists share. I just don’t fit that mold I guess. Online marketing is presently overwhelmed with marketing reductionism.

Let’s take a closer look at what Gould is saying and see if what he wrote 40 years ago is applicable to online marketing and business in general. Reformulated, his quote becomes:

Business is not a heartless pursuit of data. It is a creative human activity, its geniuses acting more as artists than as data hoarders.

Gould went on to suggest that true revolutionary changes result from a creative imagination influenced by social and political forces. It is not some sterile, objective march to progress, but our environment plays a substantial role in how we think and act.

Our entire society is presently drenched in data. It is not just the NSA collecting data. Amazon, Google, Yahoo, Facebook and many others have created an environment antithetical to the flowering of the human spirit. Algorithmic prediction reigns supreme amongst the digerati. It is also true that the NSA is paying for a lot of this data to our marketers.

I cannot help but believe that Gould would howl at our attempt to reduce marketing to whatever new algorithmic, data driven obsession is au currant. You see, data does not inspire. It does not fill the imagination with wonder. And ultimately it is this impulse that moves science and business to higher levels.

Can data inspire? Let’s take a look at from where this word is derived. Inspire comes from the Latin, inspirare. The word literally meant “to breathe into” with the notion that it was the divine breath of God. Now, do you think data has this power? Can data fill the creative imagination?

Of course not. Inspiration is the stuff of poetry, of music, of art. And Gould believed it was the animating impulse for science. I am applying his notion to business and marketing. I know this cuts against how many view marketing and it is no wonder. Marketers and businessmen have become so data driven that the art and soul of business has been lost. This has not gone unnoticed by consumers.

I believe there is a backlash against advertising and marketing in direct relationship to just how these disciplines have abandoned art and, dare I say it, inspiration.

Jaffer Ali is CEO of PulseTV.com and Vidsense. Jaffer has been a pioneer in online media and 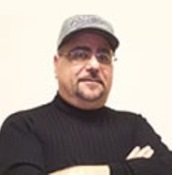 marketing doing both since 1998. PulseTV.com is an e-commerce site that utilizes the power of video to drive sales. He is a rare blend of theory and practice. He has written over 500 essays ranging from politics and media to philosophy and marketing and delights in actually implementing the things he writes about. A collection of essays from Jaffer are available in book form and can be downloaded for free for both the Kindle and Nook:
Chasing String In The Digital Era – Kindle free version