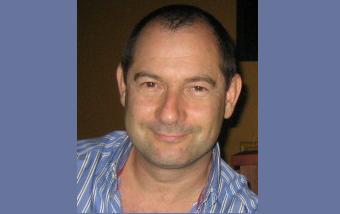 Of the many changes Google brought to the ad industry was the notion that exposure without action was without value. This manifested a sales strategy for search that meant advertisers paid nothing for exposure but did pay for action. In this case a click.

Thus, for a time at least Google sold 100% of its inventory at its own risk, something that no other scale owner of inventory had dared to try.

As a consequence advertisers, emotionally at least, moved their Google costs away from the general and administrative line on the profit and loss account and on to the costs of goods sold line.

In short, a click became a supply side cost just like any raw material and thus became ring fenced in times of budget pressure and effectively a non-discretionary cost of doing business.

Where costs appear on financial statements is something of a determinant of how they are thought about by businesses.

A decade or so later that question may raise itself again. Assuming they should go somewhere, where do you put your Facebook Fan base in the books?

There are two contradictory arguments other than the obvious general expense line. You could put the costs of recruitment and servicing those fans in your staff cost line. After all the whole point is to create a cohort of people who represent you, who share your message with others and generally do things you would normally pay your staff for. In that case it could be argued that they are an addition to payroll.

The other place they could go is on to your balance sheet, as an asset of the company that increases the value of the enterprise alongside capital equipment, real property, cash and other tangible assets.

If Facebook succeeded in moving its millions of friends to the balance sheet of its advertisers so that each new fan increased the enterprise value of their clients' businesses they could embed themselves in the fundamentals of the way corporations are valued by shareholders just so long as the return on capital investment could be proven.

Rob Norman is a member of the GroupM Global Executive Committee and is CEO of GroupM Interaction Worldwide. Rob’s principle tasks are developing the interaction organization within GroupM, developing positioning and thought leadership and leading the interaction contribution to business development. Rob can be reached at rob.norman@groupm.com.