The Big Lie: Local News Should Have Georgia on Its Mind 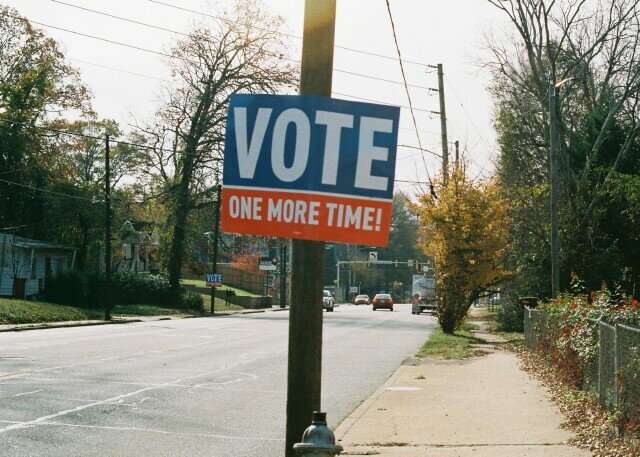 With due respect to the late Speaker of the House Tip O'Neill, who coined the phrase "all politics is local," it's time to add a qualifier: "except when it's not." The case in point: the national implications of the Georgia Republican Party's spiral into the fantasyland of wacky election conspiracies, ritual incantations of Donald Trump's lies, and loving support for lunatic congressmen. Whatever their down-home psychoses, however, Georgia's Republicans aren't the only GOPers who are racing to reconstitute their party as QAnon Lite.

The history of movements that build their political foundation on lies isn't pretty. When they gain power, their records are even worse. Read any crib sheet from a 20th century history course. Concern about an American version of the syndrome isn't an overreaction. From the Third Reich's fascism and the Soviet Union's Great Purge to China's Red Guards, the lies leveraged by Hitler, Stalin and Mao warped generations, not to mention killed tens of millions along the way. Their lesser acolytes -- Franco, Castro, Pinochet and North Korea's Kim family, to name a few -- have been no less destructive on their own turf.

The trajectory of Georgia's GOP also follows the arc of an American story. The Atlanta Journal Constitution told the tale last week with a feature that put the Republicans' new law to "secure the vote" in historical context. The AJC recounted in detail the state's century-long record of disenfranchising black Georgians. Its reporting amply quoted GOP spokespeople who denied any such intention as they waxed indignant about their critics' "Jim Crow" comparisons. Not surprisingly, the Republicans failed to address their elephant in the room: the fact the GOP-sponsored election law has only one rationale -- the "stolen election" big lie.

As first-around-turn in their party's national race to make voting harder for people who don't think their way, Georgia's Republicans stand out in the GOP. Democrats and voting rights groups are challenging their new law. Its fate in court, and in the court of public opinion, is the beta test for Republicans elsewhere as they push to make it harder to vote. As of April 1, 361 bills to curb voting were on the table in 47 state houses. According to the Brennan Center for Justice, 55 bills are moving toward adoption, with 29 already through one legislative chamber, and another 26 in committee. Details differ but their goals couldn't be clearer: curbing absentee voting, toughening ID rules, and tightening the political grip on local election officials.

But if the Republicans peddling the fiction of a stolen election to justify their own voting bills elsewhere in the country are watching Georgia, who's watching them? The Atlanta Journal Constitution has performed superbly doing just that in the Peach State. The AJC's commitment to investigative journalism and quality reporting is giving readers the facts as well as both sides of the political battle over Georgians' voting rights. Unfortunately, the same can't be said for other states where local newspapers are withering. The same seems true for their local broadcast counterparts whose absentee corporate owners seem content to have their outlets peddle homogenized content over hard local news.

In the last few weeks, several stories have highlighted these trends all too well. Take the news about Alden Global Capital. The hedge fund has bought, gutted, indebted, and sold off the assets of some 200 newspapers since 2007. Alden has a winning MO when it comes to enriching its partners, albeit not so much for local communities that are impoverished of the news they need. Last week the Tribune Company agreed to sell the hedge fund its nine newspapers, including the Baltimore Sun, New York Daily News and Chicago Tribune. Ignore Alden's doubletalk about investing in the newspapers. The vulture fund's record -- slashing staff, loading on debt, and selling off real estate -- speaks for itself. So will Alden's business plan as it erodes the newspapers' role in establishing facts and debunking lies in their communities.

Wall Street investors aren't the only ones undermining the capability of local news to report on significant developments. The Supreme Court's recent decision allowing corporate owners to control a larger share of local broadcast markets is facilitating their corporate consolidations and their malign consequences in television newsrooms as well. Last month the Court upheld an FCC decision to deregulate ownership of television broadcast stations. The decision erases a rule against common ownership of stations in a market if the result produces less than eight independently owned stations. It also ends the prohibition against cross-ownership of a station and newspaper in a single market.

A study two years ago of Sinclair Broadcasting points to the likely effects of the Court's decision on local broadcast news. Drafted by Stanford Business School and Emory University scholars, the 2019 analysis examined the impact of the media giant's management on the local news at its newly purchased stations. Most media reporters who looked at the findings two years ago headlined Sinclair's Fox-like propagandizing for then-President Trump -- the corporate mothership sent its local outlets must-read editorials lionizing Trump. But the researchers also discovered a 25 percent increase in national political news at the expense of local news coverage at the newly acquired stations. The implication: Sinclair's channels aren't likely the place to find serious local political reporting on the big lie or for that matter, anything else.

In an essay this month commemorating the bicentennial of The Guardian, Alan Rusbridger, the former editor of Britain's storied newspaper, quoted one of his predecessors, C.P. Scott. In 1921 Scott wrote about the role of newspapers in celebrating The Guardian'sfirst 100 years. "A newspaper has two sides to it. It is a business, like any other … But it is much more than a business; it is an institution; it reflects and influences the life of the whole community; it may affect even wider destinies … It has, therefore, a moral as well as a material existence, and its character and influence are in the main determined by the balance of these two forces."

Whether local journalism elsewhere can match the Atlanta Journal Constitution in its in-depth reporting on the Republicans' big lie remains to be seen. When it comes to the state of local news, most journalists probably would agree that for outlets in the hands of Alden Global Capital, Sinclair, and their like, a comparable effort will be a stretch.

A failure to dig into the Republicans' disinformation and deceit won't be just a missed opportunity to inform readers and viewers. As former Guardian editor Rusbridger put it, "Any news business that does not place journalism at its heart cannot expect to flourish." The same can be said for the democracy the Fourth Estate serves.