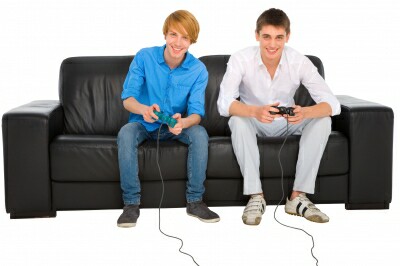 Michael Gluck, Founder of VG Market, always wanted to be in the video game industry and has been preparing for this career for many years. Gluck started his own research-oriented company to serve the video game industry by recruiting gamers to give first hand feedback for new and established games. In this interview, Gluck talks about the gaming industry, what makes the perfect game, how his company measures game satisfaction and success, game monetization and landscape and global implications. He also looks ahead to predict how the media landscape will look in the gaming sector in the next few years.

There are six videos that can be viewed at WeislerMedia.

Below is a short excerpt of the interview:

CW: Games probably differ by platform but are there any truisms for gaming success across any platform?

MG: Fun game play is important regardless of the platform. The game has to be fun. The graphics don’t necessarily have to be great depending on the platform. You can have a lower graphics quality game or even a menu text based game that can do quite well depending on the country, depending on the target audience. It can make more money than a game that took years to produce with the highest level of graphics -- just a simple game on your phone with lower graphics. Graphics is certainly not a truism, but fun game play is – a hook that grabs you and makes you want to come back. Something that has a mechanic in it that compels you to play again and again. That is true regardless of the platform.

Audio is something that depends on the platform. You can have a simple loop on a phone game that isn’t much to listen to in the background but it can still be successful versus on a higher production game, where they are looking for audio recorded by full orchestra and it has to be published on a soundtrack. That’s a whole different level of audio.

CW: How have you seen the gaming market evolve since you first started?

MG: I started my company in 2007 and at that point in time 90% of my business was console gaming. There was PlayStation, Xbox or a computer. So we tested box products. Moving into 2008, we started to test on the mobile phone for the first time. We were one of the first research companies to start in on that. It was a new field and we were in the position as a video game research company to start the testing for mobile phone games. At that point in time the mobile phone games we were testing were all pay for download. You would go to the app store, you would pay $4.99 or $7.99 or $9.99 and you would get your game and play it until it was over. The sequel would come out and you would buy the sequel. So what started as console gaming only moved into console and pay-by-app phone games.

The following year we started to get into Facebook games and more mobile game testing. Then we started to see a new free-to-play model. In fact, we were in the room doing the research on one of the first free-to-play games in app purchases and people were terrified. They were thinking, “We just made this game. We are not going to charge for it. We are going to give it away and hope that people buy it.” We were in the room having these conversations when these executives were asking, “Is this something we really want to try? What if no one buys anything in the game? We just spent all this money building it and giving it away for free.” There was a lot of fear around that.

But then we dipped a toe in and it was successful and then over the next year or two, everything started to go that way. I saw my business change from console to pre-paid app and then free app with in-app purchases and then Facebook gaming and then mobile gaming. Everything became free to play and today more than half of my business is mobile gaming.