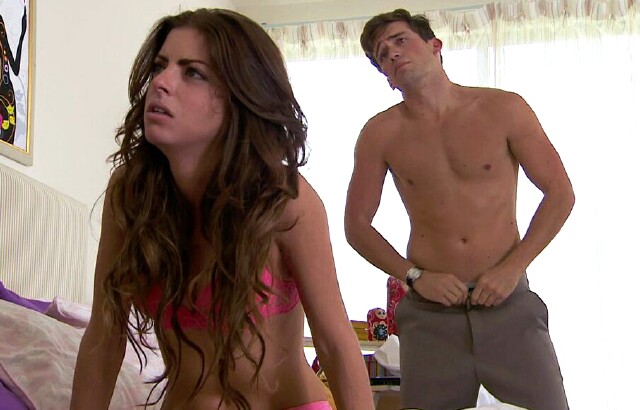 After all the decades U.S. Spanish-language TV networks have existed -- four, beginning with the launch of Univision in 1975, when it was known as Spanish International Network or SIN -- one genre unique to this medium continues to dominate primetime. Year after year, telenovelas running nightly over a four-to-six month span rack up the viewers, the ratings and the advertising revenue.

(Editor's Note: This is the second in a series of columns on the current state and likely future of Spanish-language TV. Read Part One here, Part Three here and Part Four here.)

Durable as telenovelas are, there's both charge and change in motion on the drama front. Telemundo, in particular, has made primetime viewing inroads the last 18 months with its 10 p.m. "super series," nightly action/adventure-oriented miniseries running two or three months which feature complex antiheroes. Moreover, unlike telenovelas which are one-shot, super series can return six or nine months later with a new set of adventures if they're successful. "El Senor De Los Cielos"/"The Lord of the Skies," Telemundo's opening shot with the genre, has lasted four seasons, while "Senora Acero"/"Mrs. Steel" (pictured at top) has taken two turns. Both have increased their ratings over time, and parent NBC Universal is considering an English-language adaptation for NBC or USA Network. (Note: "Queen of the South," USA Network's English series adaptation of the Telemundo telenovela "El Reino Del Sur," will debut later this spring.)

While Telemundo charges into more super series, sister network NBC Universo is attempting to work original U.S.-produced weekly dramas into its lineup. Many observers of the Latino TV world see weekly drama and comedy series as the medium's ultimate holy grail, noting that there has yet to be a successful equivalent of quality English-language once-a-week content presented in Spanish and produced by U.S.-based talent. A rare go at it, "Al Filo De La Ley"/"At the Edge of the Law" from independent production house Plural, landed on Univision over a decade ago, but was cancelled after one season despite fair ratings. In other cases, such as Disney's Spanish version of "Desperate Housewives" (also for Univision) and Sony's "Breaking Bad" format, the production originated overseas and like "Al Filo" didn't last long.

NBC Universo's move into weekly originals is "El Vato," inspired by and starring regional Mexican pop star El Dasa. The Endemol Shine Latino-created dramedy has Vato moving from Mexico for fame in Los Angeles. Ten episodes will be produced among both Mexico and U.S. locations. NBC Universo expects to premiere "Vato" next month.

"There is a place in this medium for both telenovelas and scripted weekly series to co-exist," declares Bilai Joa Silar, NBC Universo's Senior Vice President of Programming and Production, who joined the network after a multi-year role programming Discovery Communications' pair of Spanish-language networks (Discovery en Espanol and Discovery Familia). She believes Latino audiences that prefer to watch Spanish TV are now groomed to accept a broader thematic scope with both genres. "The audience is sophisticated enough to see complex, multidimentional, even flawed characters," she observes. "These are now characters they can relate with. There's now an appetite for everything."

Silar's channel has done its bit to whet appetites for weekly television series by introducing Spanish-dubbed episodes of "The Walking Dead," "Prison Break" and "Law & Order: LA"over the last few months in primetime. Ratings are building and social media reaction is largely favorable, she says.

NBC Universo is exploring several other weekly scripted proposals from a set of independent producers and may announce what's next at its mid-May Upfront event with Telemundo in New York. In time, a natural source for weekly development is Universal Cable Productions, which has an assortment of projects underway or in the pipeline with USA, Syfy and other NBC Universal-owned channels. There haven't been any UCP discussions yet.

As for telenovelas, Univision continues as the viewer and ratings leader of Spanish-language networks with its trio of nightly hours crafted by Televisa, the largest TV programmer in Mexico. With some exceptions, they variate on the standard novela plotline enjoyed for decades: boy or man meets girl or woman from opposite sides of the tracks or under mistaken identities, they fall in love and they scramble to keep their relationship alive over all obstacles.

On the flip side, Telemundo's novelas increasingly introduce alternatives within the genre. The current example is "Celia," a musical biography of salsa music superstar Celia Cruz, taped and filmed in several locations including New York and Miami. The series focuses on her rise to stardom and the machinations of the music industry and regularly re-creates Cruz's nightclub and TV performances. Over the last two weeks, "Celia" has averaged between 1.5 and 1.7 million viewers per weeknight and recently ranked third among all Spanish-language series rated by Nielsen.

"Bajo El Mismo Cielo"/"Under the Same Sky," about a single immigrant father moving to Los Angeles to give his children a quality life, proved to be another unusual yet successful telenovela experience at Telemundo. The final episode a few weeks ago was one of the highest-rated in the network's history.  Earlier, the network put together "Donde Esta Eliza?"/"Where is Eliza?," about the kidnapping of a teenager and the impact that incident has on all involved. Not only did "Donde"make the controversial choice to kill its title character more than midway through the story, a subplot about a gay couple received much attention, then awards, from gay and lesbian media organizations.

Advertisers will learn much more during Upfront week's Latino channel presentations. So far, Univision, Telemundo/NBC Universal and MundoMax (formerly MundoFox) have confirmed their participation. Meanwhile, other Latino network executives, including Hemisphere Media chief Alan Sokol, suggest weekly or daily anthology series and miniseries may get a tryout somewhere before the end of 2016.

As with the best telenovelas, this story is definitely "to be continued."

The opinions and points of view expressed in this commentary are exclusively the views of the author and do not necessarily represent the views of MediaVillage.com/MyersBizNet, Inc. management or associated bloggers. Photo courtesy of Telemundo.