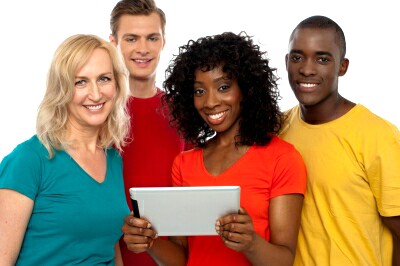 There are two trains of thought in media circles about the multicultural millennial generation -- at least in the matter of whether they lead the way in breaking multichannel umbilical cords across America.

One train is that they are doing exactly that. The cord-cutting train has left the station and will pick up speed with the growing popularity of smart TVs and devices that make TVs smart (Roku/Chromecast/Amazon Fire, etc.). The other is that they somehow or other will not; that their role is overblown and while they will embrace smart TVs or devices, the action is additive to their TV habit, not a replacement.

New survey findings from Horowitz Research, divulged at the start of the company's annual Cultural Insights (formerly Multicultural TV) Forum in New York last week, take the latter position with a caveat. That caveat: as long as cable and satellite operators don't stand by and leave matters to other hands.

Half of the several thousand people answering this Horowitz survey deploy an over-the-top device of some kind and 37 percent say it's their prime vehicle to watch content, up from 31 percent in a previous survey. Yet in this environment, cable/satellite and OTT co-exist. More than half of the viewing is live as it happens; less than half is delayed. And among the OTT-using customers, 85 percent still have their cable/satellite hookup.

Nevertheless "the world has changed, and will change rapidly," noted Horowitz insights senior vice president Adriana Waterston." With that, she offered five things to keep in mind about today's millennial crowd, based on the survey's conclusions.

1) Millennials are all OTT-capable. Ninety percent can stream content to their TV set, and 7 in 10 take Netflix, Hulu or something similar.

2) Millennials stream half or more of all content they pursue.

4) Three out of 10 multicultural millennials are considering a cord-cut. If cable/satellite operators present and market bundles of service incorporating networks/Web services and Internet of Things capability (think home automation as one direction), the consideration may go away. "People want more choice and personalization," Waterston believes.

5) Talk multicultural and millennials in the same breath. Four out of five are multicultural, and in many instances, multiracial. African-American and Latino consumers taking part in this latest Horowitz survey spent more time watching TV than the general public.

If cable/satellite operators want to improve their multicultural millennial standing, they will have to invent more content/service options and bring more personalization and sensitivity to the table. "Television for this audience (must become) transformatic," Waterston concludes. "You won't reach and keep millennials with a broad brush stroke. It is not business as usual."

New developments from the passing parade:

After an absence of two years, TV One returns to the Upfrtont event scene with a mid-month press lunch.

Of all NewFronts participants, Sony PlayStation is the only one so far not allowing press to witness its event. Big surprise, given the PS push into original TV series last month with Powers.

Still no word from FX/FXX/FXM about their Upfront plans.

Best line of last week, from spoken word performer Kelly Zen-Yie Tsai at the Horowitz conference: "When will we stop using American to mean white?"