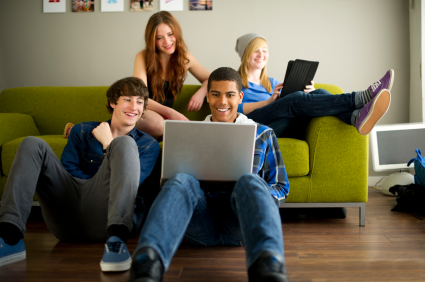 Viacom Velocity's Culture and Creative Insights team just released the results of a new study on Millennials that they made into a documentary called The Culture of Proximity.  In a time of fake news and alternate facts, it appears as if Millennials are taking a new look at what really constitutes truth, forming new relationships that may not necessarily require any actual physical contact and endowing brands with human characteristics.

Velocity Culture and Creative Insights' Senior Director Mary Kate Callen and Director Maya Peterson explained how these Millennial attitudes can play out for brands, companies and the general culture at large.

Charlene Weisler:  What are the major takeaways that you discovered in the study?

Mary Kate Callen:  We fielded this study prior to the election so we were shocked to see that a third of Millennials believe that there is no such thing as the truth.  We noticed that there is a new dynamic in culture where you construct your own version of culture.  There is a positive side, obviously, where you can experience the world as you want to -- your favorite friends and celebrities, your niche fandom.  But creating that cultural bubble has its downside which is that there really isn't a shared sense of what is fact.  We also found that 51% of Millennials say that sometimes they don't believe the things that mainstream culture considers to be fact.  That feels very relevant for the time we are in right now.

Weisler:  How do you see that playing out?

Maya Peterson:  Our institutions are at risk right now and hopefully they will become more transparent and we will see more authenticity from them, which is something that Millennials really crave.

Callen:  We see people having a stronger sense of relationships.  There is a lack of trust in institutions but more of a trust in other people, so that closeness of proximity we have to each other is translating into a trust between one another -- if you share an interest online, for example, versus the traditional authority figure.  There has really been a shift in that.

Weisler:  Do you see trends like the Conjoint Effect leading to a culture of narcissism?

Peterson:  That is an interesting question. The Conjoint Effect describes the phenomena of people taking on the characteristics of brands and celebrities because of our close proximity to each other and to the making of culture.  So we see that, for example, 50% of Millennials think that a movie should be made about their lives.  70% are actually choosing things to do in real life based on being able to post about them.  But we wouldn't call that narcissism.  We think it is that people have a sense that they not only have more control of their personal narratives but they also have more control of the cultural narrative.  There is a sense that your voice is important and that you can make a change.  61% of Millennials say that they can influence popular culture.  We see this in the activism and political engagement of this group.  It's not narcissism.  It is impacting culture for the general good in a lot of ways.

Weisler:  What impact do you see on the future where brands are considered people? How will that influence corporate behavior?

Callen:  We have already seen this explode.  Brands are using the slang of people, and they are responding to other brands as individuals.  But right now I see this as more surface-level acting as a person.  The question for the future is, 'Will brands take this to the next level of what being a person really is?'  For example, people have complex, dimensionalized values and that is a difficult thing for brands to nail.  Another example is the idea of authenticity and the gap of what that means as a person versus what that means as a brand.  We think authenticity for people often means being honest and transparent, being your whole self.  Whereas for brands right now it is often equated with consistency -- are brands saying the same thing in their social channels, TV ads, experiential executions -- with consistency being a stand-in for authenticity.  Currently, one-third of Millennials believe that brands aren't as honest as people try to be.  There is an opportunity for brands to improve that perception.

Weisler:  How do you see personal relationships shaped by these attitudes playing out in the next decade?  How will it impact the culture in family values and friendships?

Peterson:  What we are seeing now is that people feel closer to people they have a shared interest with online than those in their own community. We asked a question about who you trust most -- people your own age, news media, the government, people online with a shared interest or people in your community.  The No. 1 response with 68% was people online with a shared interest.  People in your own community was No. 3.  So the definition of a personal relationship is changing.  You don't need physical proximity to feel close anymore.  In fact, you may not even have to know someone at all to have a real relationship online.  But looking future forward, we think that shared experiences still matter and that ultimately people create community whether online or in person.

Weisler:   Will some brands and market categories be more affected by this Millennial attitude than others?  If so, which and how?

Callen:  All categories will be affected by this eventually.  Millennials are the largest consumer group and we are living in a Millennial-ized world. They are the early signifiers of cultural change that eventually get adopted.  In future generations it will be even more acute.  While Millennials are defined as Digital Natives, the next generation may be defined as Proximity Natives -- people who have grown up with this changing cultural dynamic.  We see this affecting multiple categories now and moving forward.