The CW Dares to Defy with "Tom Swift" 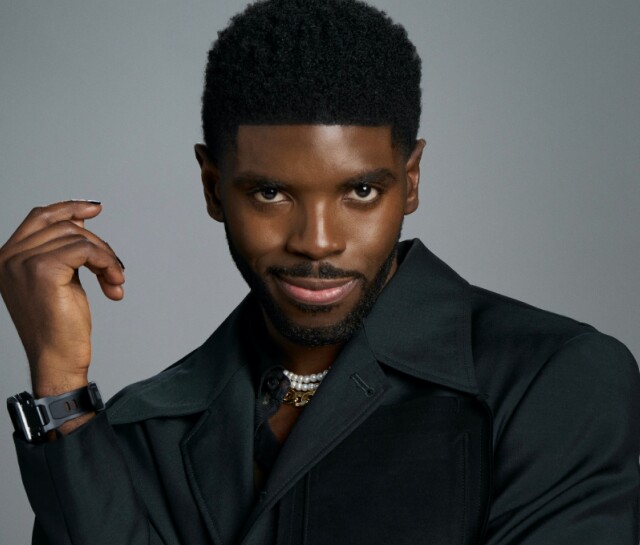 The CW continues Daring to Defy with its new series Tom Swift. Based on the popular visionary book series of the same name credited to Victor Appleton that debuted some 110 years ago, the series follows inventor Swift (Tian Richards), an Elon Musk/Tony Stark type investigating the disappearance of his father. The original book series boasts some 100 titles and portrays Swift as a teenage science whiz, but the character viewers will see here is vastly different and historically significant for television. This Tom Swift is a gay Black man with a diverse, and complicated, personal life.

"We're making a couple different types of history here on Tom Swift," executive producer Cameron Johnson recently explained while promoting the show. "We like to do love squares on Tom, so there are other love interests involved, and they all overlap. But in terms of [firsts], as far as I know, there's never been a network TV show where the titular character, No. 1 on the call sheet, is a gay Black man, and I've never seen a show where those sorts of stories are explored. So, I think it's historic, messy and really fun, and I think you're gonna love it." 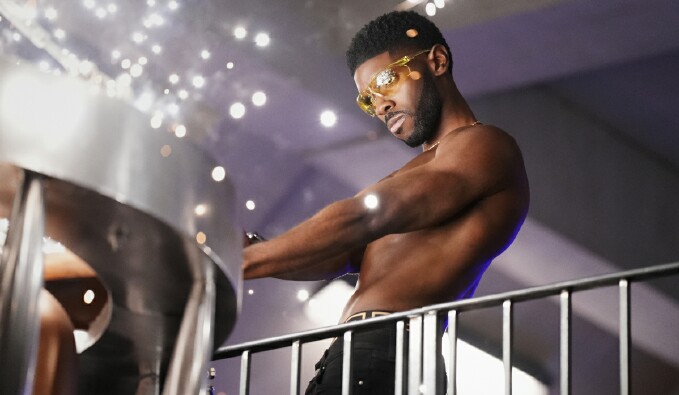 Swift will be familiar to CW viewers as he made his first appearance in the second season of Nancy Drew, but according to series star Tian Richards, his version of Swift looks very different. "It's been three years since Tom was in Horseshoe Bay," he explained. "[Nancy] takes place in 2019, while we take place in the current day. So, Tom has definitely grown up a little. I like to say we're giving a little more 'grown-man energy' this time around. You get to see Tom in his element, with his family and friends, and you get to see him in his hometown. We got a prequel, or an appetizer, of Tom on Nancy Drew. Now you get a full course.

"Before, I got to come in and be cute and be in Horseshoe Bay and follow Nancy's lead," he added. "And really watch Kennedy McMann lead. I needed that because that was the most I'd ever done in an episode of television. I'd never been [in] a series, never been a series regular, so just to watch Kennedy take control of [that] set as a leader and be so beautiful and fearless, it really gave me insight on what was to come, or what I hoped to come. I watched how open and giving she was, and I hope to do the same." 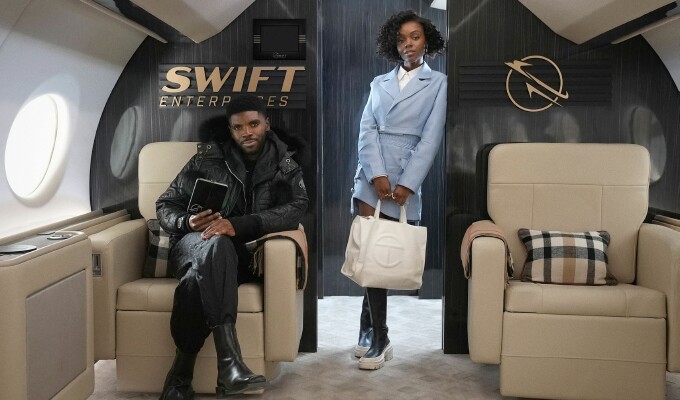 While other interpretations of Swift have been proposed over the years, one did come to fruition in 1983 (The Tom Swift and Linda Craig Mystery Hour), helmed by Willie Ames and Lori Laughlin. But it was far from a ratings success. And with the original source material criticized for often having outdated racist overtones, Swift circa 2022 needed a make-over. "We definitely wanted to make a show that was way more inclusive than the original IP," said co-creator and executive producer Melinda Hsu Taylor. "The books from back in the day are from a different era, and they don't really hold up. However, we loved the core concept of optimism, friendship and a kind of relentless positivity, and that's what we brought into the show. We then populated it with a Black, gay billionaire and his found family and friends.

"At the time," she continued, "I had just done a thing where my son, who's trans, had to answer the question of, 'What TV shows are out there that you're like?' [and would inspire him to say] 'Oh, that's me, that's my story.' He was like, 'There aren't any.' I said, 'I'm gonna change that for you, honey, if I can,' and that's part of what we put into this show. We really wanted to make a show where, no matter what kind of intersectional identity you have, you have somebody to relate to and cheer for. Somebody to hope for and feel like, ‘That's me. I'm the one who's in love. I'm the one who's being desired and pursued. I'm the one who has friends, and I can change the world. It doesn't matter where I came from, what I look like, who I love, or how I feel on the inside. I'm being celebrated here and now for who I already am.'"

"It's also a beautiful thing to see Black people that we haven't seen before," offered Richards. "We are of the Black elite, the 1%, but not by way of music or basketball, which are great professions, but it's the idea of legacy and heritage. Our heritage and legacy is tech. We get to bring forth so many more conversations. With my research, I got into the arsenal of Black inventors and creators. We got to talk about Benjamin Banneker, George Washington Carver and Lonnie Johnson.

"There are so many people whose names haven't been spoken in history, but now, through this current modern vessel, we can look into that, and also get young kids interested in S.T.E.M. and tech," he added in closing. "That's never looked cool before like this. There are so many intersections that this show gets to take part in. I've never witnessed anything like this. To be a part of it … I still can't believe it."

Tom Swift is telecast Tuesdays at 9:00 p.m. on The CW and is available to stream on The CW App and CWTV.com the day after.