The Destructive Force of Social Media: A Report that Deserves to Be Read 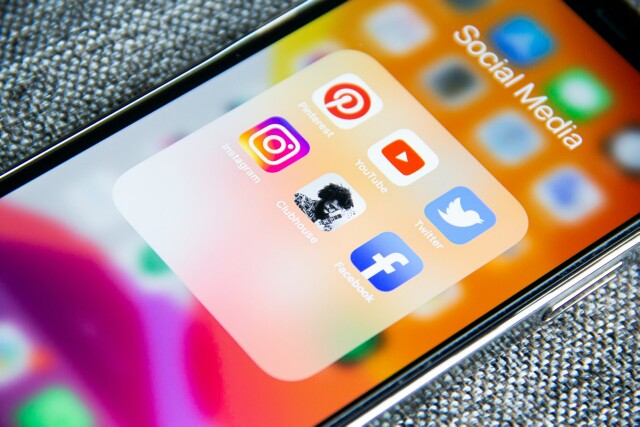 No good deed goes unpunished, Oscar Wilde, the Irish poet and playwright, once purportedly said. When it comes to the final report by the Aspen Institute's Commission on Information Disorder, let's hope that the corollary to Wilde's one-liner isn't all good reports go unread.

Two dozen media figures, scholars, Web savvy business and government leaders, information scientists and researchers authored the study released last month. They did their homework and their findings don't pull any punches. "Today," the analysis asserts, "mis- and disinformation have become a force multiplier for exacerbating our worst problems as a society." Whether it's Donald Trump's Big Lie about a stolen election, or Russian political warriors sowing social turmoil, the commissioners make clear the challenges presented by both the problem and their proposed solutions up front.

"There are no quick fixes or easy answers that would address information disorder, repair our civic fabric, or establish trust and comity across society," they write. Nor are the effects of information disorder easy to separate from the panoply of national woes they make worse. Mis- and disinformation do not exist in a vacuum. Rather, the authors argue, they are symptoms that expose the failures "to overcome systemic problems such as income inequality, racism and corruption, which can be exploited to promote false information online."

Agree or not with the diagnosis, for those profiting from information disorder, there's no question the country's troubles present a lucrative environment. Take Silicon Valley's giants whose propagation of mis- and disinformation goes straight to their bottom lines. Unlike many in the right wing media who went to work trying to discredit the Aspen report even before its ink was dry, these trillion-dollar behemoths have been remarkably silent. They're keeping their heads down for good reason. Their business models have made mis- and disinformation as American as apple pie and the Aspen study has their role square in its sights.

"In the private sector," the commissioners write, "tech platform leaders have abused customers' trust, obfuscated important data, and blocked research that would help illuminate … the full scope and scale of the problems society faces." Fixing their continuing corporate cover-ups of what their technologies do and why tops the authors' to-do list. "More than any single … recommendation we could make, it is necessary for our government, civil society and private sector leaders to … invest in their own capacities to understand and respond to the problems we face together."

Big tech's billionaire bosses, of course, would disagree that they are anything but all in on remedying the mis- and disinformation problem. That might be a surprise for anyone researching the issues, but not if you work on Capitol Hill. In 2020 Facebook vaulted to number six among Washington's top-ten biggest spenders on registered lobbyists. This year the company led the entire technology crowd in the influence game. Facebook laid out $5 million in the third quarter alone to rebut Frances Haugen, the whistleblower who gave internal documents to the Wall Street Journal for its series on the damage the platform has done.

Social media's flacks also are targeting the public. The message: The companies are doing the best they can. Borrowing the shopping channel's faux interview format, a Facebook TV ad now running introduces a member of a company "content moderation team." After holding up photos of the wife and kids, he waxes philosophical about his job's difficult decisions, and the challenge for companies that must balance free speech and censorship. Despite his doe-eyed sincerity, he doesn't mention that Facebook's algorithms are built to boost the malicious engagement his content moderator's 9-to-5 version of "whack-a-mole" is trying to prevent.

To their credit, the Aspen report's authors take the duplicity head-on. "The platforms' lack of transparency is hampering solutions," they write. The companies are maintaining an opaque environment. From invoking "terms of service" in order to shut down independent researchers to denying information on how their algorithms share posts at scale, their roadblocks are getting worse. "Critical research on disinformation … is undercut by a lack of access to data and processes," the report states. For researchers as well as those seeking to hold platforms accountable, the commissioners put it bluntly: They have no confidence in a voluntary solution.

The Aspen Institute's Final Report covers far more than access to data and its importance in understanding information disorder. Profit incentives that have turned advertising technology to sell toothpaste into tools that can target disinformation; ostensible news professionals on cable networks, podcasts and talk radio who amplify lies rather than air facts that debunk them; the withering of local media and along with it, journalism's grass roots role in a democracy: All are part of the study's broad-ranging analysis and deserve to be read.

"We must reject a culture in which facts are manipulated and even manufactured," President Biden said in his inaugural address on January 20th. To do so as well as confront the sources of information disorder, government officials, legislators and the public need access to the facts. The technology giants have the data. "There is truth and there are lies -- lies told for power and for profit," Biden also said in January. One wonders if they were listening.