The End of Ad Blocking 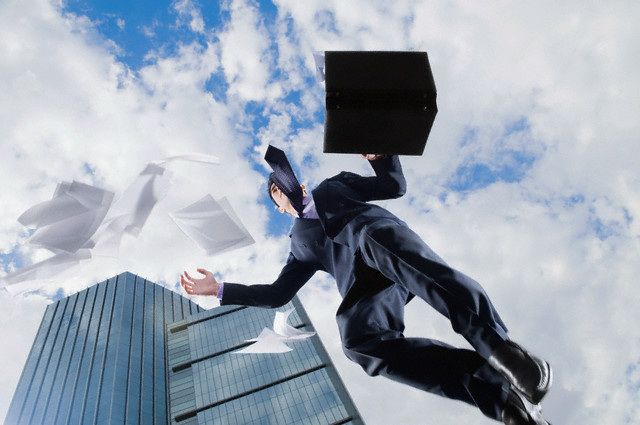 "It's over for ad blocking." Who said that? Are you kidding? It's never going to happen and it's going to continue to get worse, or better, depending upon your point of view. So let's kickoff 2016 with some reasonable actions we can take.

Ad blocking has become the nemesis of everyone in the digital advertising industry. And it's going to take people from many sides to figure out how to best deal with it. Publishers have already begun to lose millions of dollars in ad revenue. More advertisers have begun to ask questions about it and the agencies have begun to have serious discussions about various ways to handle it. Creative people also want to know more about who's using it. When they use it. Why they use it. Tech people are digging deeper into the software and hardware suggesting that it's not only the computer but mobile phone adoption that will also threaten to alter the digital advertising ecosystem as more people know about ad blocking.

Many people have offered reasons as to why ad blocking occurred and some have provided possible solutions to deal with it. I think they're all good ideas. But what is needed is an ongoing industry committee composed of publishers, agencies and advertisers to discuss what should be done that will provide practical answers now as well as methods of dealing with it in the future -- perhaps under the auspices of the IAB with representatives from the ANA, 4As and support from the ARF. Industry collaboration with all interests represented including factual research to better understand the consumer's thought process and how software and hardware technology is developing to obstruct advertising. Because it ain't going away.

We now live in a thoroughly digital age. And technology will continue to advance. We can't think that traditional kinds of solutions will solve new problems. So rhetoric like "being more creative'' or "more engaging" is not the final pathway to resolving ad blocking. Yes content, engagement and relevant experiences are critically important but it takes more than that. (Haven't copywriters and art directors always tried to be more creative and more engaging? Haven't we always had advertising clutter?) When we think about some of the reasons it happened it helps to understand some of what might be done.

The relationship between the consumer and the computer is much more intense than the relationship people have with traditional forms of media.  (Remember lean forward, lean back?) And yes, magazines and newspapers do have a more personal relationship with their readers than TV viewers or radio listeners. But still, it is more casual with all traditional media than it is with the computer or smart phone.  So, under these circumstances, people get more pissed off when that relationship is disturbed or disrupted in the experience without their knowledge or expectation. It's even more annoying when the intrusion is not particularly relevant to what they're doing and they're being bombarded with messages coming at them (speed, security, tracking aside).

I think Ed Papazian had it partially right (even though his thinking was somewhat conventional) when he said "ads should be concentrated in distinct breaks in between clearly defined and distinct sequences of editorial content." That way, he said, "people who don't want to see an ad can take a short break from the screen or switch to a different website." Then, he believes, ad recall and other indicators of ad impact from the ones they do watch will probably increase (and be more valuable). While he suggests it's the only way to resolve significant ad blocking that's when we part company. Because it's not the only way. But it could help to mitigate ad blocking, and it also puts significant responsibility on publishers and the IAB to set the standards. Some have also insisted if you don't block the ad blockers you pay a subscription for the content. (After all, publishers have to monetize it somehow.)

Another way advertisers have been thinking about getting around ad blocking is, of course, genuine native advertising that's not deceptive. Honest editorial where the advertiser makes a difference and is identified as an important part of the story. Sure, there are events or contexts on the Internet when a startling ad, well created, is worthy of consumer attention. Might even be more enjoyed and remembered. But not a continuous flow of interruptions when people know what they're looking for and trying get information quickly or interact directly with another party. That's just plain irritating.

Advertisers and agencies will need to not only measure, but continue to gain more insight into consumer behavior as it relates to their relationship with digital assets. Research will be a more critical part of effective and efficient advertising as technology evolves. The industry needs to stay ahead of the game and try to prevent the fires before they start. Research will be a key factor. So let's get together as a coalition to actually learn what needs to be done. That's my two cents. Add some to the pot if you like. And, take up the challenge.

Image at top courtesy of Corbis. The opinions and points of view expressed in this commentary are exclusively the views of the author and do not necessarily represent the views of MediaVillage/MyersBizNet, Inc. management or associated bloggers.