The First Person in Journalism 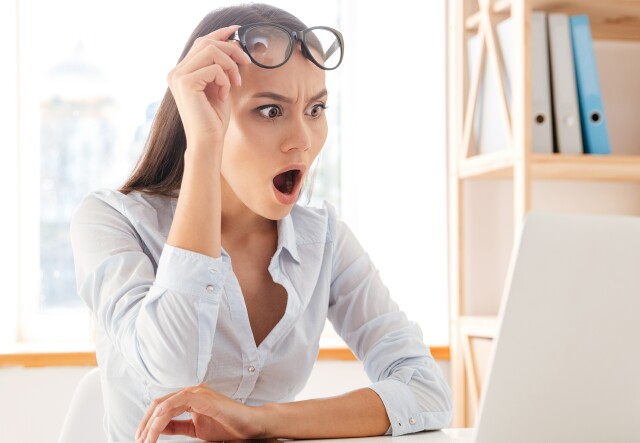 In today's online news media, particularly to stand out on the social media feeds and news aggregators that dictate the flow of information on the internet, web traffic-conscious editors toil away at crafting headlines most conducive to capturing the passing interest of a potential reader -- a reader already awash in a seemingly endless array of content. Sensationalized headlines are, of course, nothing new; they have been a mainstay of modern journalism since its inception. They are also hardly unique to the internet era; in a previous "News-on-the-Record" column, for instance, I quoted biographer William Shawcross' description of Rupert Murdoch's approach to engaging readers and, thus, selling newspapers as he implored editors at the Adelaide Newsin 1958 to commission more stories about "cats up in trees in Adelaide and fewer uprisings in Ankara." Tailored headlines were, of course, a primary feature of this effort.

If Murdoch, the canonical news business success story, the Warren Buffet of media, should prioritize his headlines in such a way as long ago as 1958 (and continuing very much today at properties such as the New York Post), surely, Yahoo! News, The Daily Beast, and company might reasonably be expected to do the same—and now, in the post-2015 era, to do it even more so.

To bemoan sensationalized headlines in general is too trite to warrant extended discussion. Further, it is unrealistic to ask online news outlets already struggling immensely amid increased competition for advertising dollars from Big Tech to forfeit a working tactic (at least for now) on their ever-shrinking menu of options to remain profitable or, at the very least, afloat. So with that in mind, I want to take issue with a certain type of headline (and accompanying narrative premise) frequently trotted out in today's online media space that I think is particularly grating and, as I will explore, antithetical to the sort of role that journalism ought to occupy in a society.

The format of this particular type of headline goes something like this: "I am [X], and I think [Y]." Bonus points if the writer of the opinion piece or the subject of the first-person-based news article has a type of opinion less frequently held by members of the group [X] to which he belongs. By way of example, there was the recent "I'm 17. And I'm Immunized from Woke Politics" or "I'm a lifelong Republican, but I'm voting for a Democrat for president again" or "I Support Victims' Rights. And I Oppose Marsy's Law" or "I'm a Trump supporter, but as an investor I'm wary of the Trump SPAC." As I discussed in my May, 2019 column "A Bad Marriage: Venture Capital and Online Media?,"  the once-ascendant online media company Mic drove traffic extensively by using headlines (and story arcs) such as these because, at the time, Facebook's algorithm selected for them. However, as I narrated in that previous column, this worked until it didn't; when news stories are tailored to keywords, what works one day can become a bust overnight with each "Googlequake" or "new content strategy" on the part of the technology platforms.

The shortsightedness of this as a business strategy aside, there is a more substantive concern from a journalistic perspective. Journalism, when practiced appropriately, is not about striving for the ideal behind the Joycean notion that "In the particular is contained the universal." Journalism is not about taking a single narrative and extrapolating from it a set of generalizations about political matters or, say, the state of economic activity. Journalism, in short, should eschew being anecdotal. The anecdote might make for a fine short story, film, or novel, but it ought not be the basis of any serious work of journalism.

Now, this is not to say that there is not an interesting literary micro tradition based on a type of first-person journalism. The practitioners of Gonzo journalism certainly have had their fans. And, just the same, first-person experience is an eminently valuable concept, as philosopher Thomas Nagel draws out in his canonical 1974 paper "What Is It Like to Be a Bat?" However, news stories should traffic in matters that are equally accessible to all readers, regardless of their particular identity, station in life, or first-person experience. To stay with the subject of philosophy for just a further moment beyond the passing reference to Nagel, journalism must concern itself with the sort of facts that do not rely on the subjective first-person experience as opposed to the qualia that differ widely from one individual to the next.

One even wonders if the relatively greater prestige afforded to those writing at national (or international) publications relative to local ones might not only be a function of the former's greater reach and readership but also due to an extension of this idea: Just about anyone, anywhere, can pick up the article and roughly know what the writer is discussing. Perhaps this is also why a book of philosophy has greater import, particularly over time, than does a travel journal documenting a visit to a given city or a Farmers' Almanac from decades past.

With all of this in mind, it should not be terribly surprising that a number of commentators, writing at outlets from the now-defunct The American Journalism Review (as long ago as 2014) to The New Yorker have all begun to notice and bemoan this trend. Now, there are still certain constants of the news media industry, even as it constantly morphs with each new technological innovation or trough in advertising dollars. One is that writers write articles, editors provide the headlines, and the writers, in turn, complain about said headlines. Another is that a lot of journalism is about choosing to report on the one thing going poorly in place of the hundreds of things that are going well. But finally, in place of listing another begrudgingly accepted aspect of the business, I'll offer an imploration instead: When one can make an editorial choice between publishing a first-person account of an event or a more, objective, fly-on-the-wall, third-person one, please opt for the latter.