The "For Life" Times of Executive Producer Doug Robinson 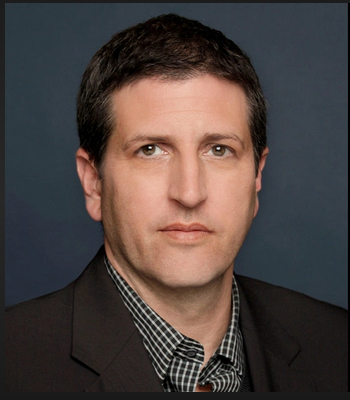 Four years into his second act as a TV series executive producer and entrepreneur, Doug Robinson finds himself with the most programs he's had on broadcast television at the same time. As of this week, there's a strong chance two of the three series he's overseen this season will be back for another, and plans are underway to expand his production company into other platforms.

Robinson detailed his future plans, while musing on the medium's near-term outlook amid these coronavirus pandemic times, when participating in MediaVillage's ongoing series of Leadership Conversations last week. The interview was conducted hours before ABC presented the season finale of For Life, Robinson's latest series—and his first excursion into dramatic series.

Under act one, involved with Adam Sandler's Happy Madison production company, he has executive produced two of broadcast TV's longest-running comedies in recent decades: Rules Of Engagement (on CBS from 2007 to 2013) and The Goldbergs (one of ABC's top-rated series from its 2013 premiere forward, and a top syndication performer for local stations). ABC is expected to continue The Goldbergs for its ninth season when declaring its 2020-21 lineup in a few weeks.

Since 2017, Robinson has operated his own production company, DR Productions, under a first-look arrangement with Sony Pictures Television. Along with For Life, he oversees Schooled, the spinoff from The Goldbergs now in its second ABC season, and Indebted, an NBC comedy that like For Life, premiered this past winter.

For Life, based on the life of former prisoner turner lawyer Issac Wright Jr., represents the kind of drama Robinson wants to offer on TV more often. Nicholas Pinnock plays Aaron Wallace, a character based on Wright Jr., a convict who uses his prison work as a paralegal to show his innocence, then assist others unjustly put in prison as a practicing attorney. Robinson executive produces the series with Curtis "50 Cent" Jackson (Power) who had a meeting with Wright Jr.

"He told me about Issac, who is an amazing, amazing human being, and has an amazing story," recalls Robinson. "Seven years after he was convicted, he finally got his (new) trial and was able to get the officer who arrested him on the stand; he had by then become head of the police academy. Issac used a piece of paper (he found) to get the cop to flip (and) admit that he was dirty, the judge was dirty and the district attorney was dirty. Issac was released from prison and went on to get his college and law degree."

Both the series and Pinnock's performance have received critical plaudits, and the season finale last Tuesday had more than 2.8 million viewers—the best single episode viewership so far. "The good news is that we got to finish all the episodes," Robinson says. "It was a lot of work by everyone on the production team. We had to finish up post-production from home, so everybody had to sort of dig in and do editing from home, sound mixing from home. Hopefully, they'll be a second season to continue Aaron Wallace's journey. It's something I'm really proud of."

Whether or not For Life gets a greenlight for season two, Robinson has more dramas as well as comedies in development. One area of concentration: mega-programming ventures, with at least one HBO Max series commitment in hand, and discussions with NBC Universal's Peacock on another. "The good news is that there's a lot more buyers and a lot more content being made," he understands. "The bad news is, the sort of home runs that use to exist aren't going to exist anymore or are going to be very few and far between."

As long as the medium allows producers the environment to create quality series—past this pandemic freeze in production activity—Robinson is content to bat singles or doubles with the public. He's optimistic that another barrier to resuming production, a strike by Writers Guild of America members, will not happen. "Hopefully, (the Guild) can find a way to make a resolution that the studios will do more, which they should. And that the Guild is willing to accept that, because this is not the time to be putting people out of work," he believes.

Count on Robinson to do more to expand diversity behind the TV cameras. "Quite frankly, you want that because in diversity, you'll find great storytellers who have a different point of view. As a community, we'll become more inclusive and will continue to do so. Just be open to hearing great stories from anyone who's got them," he insists. "It's opening doors for people and allowing them to come in."