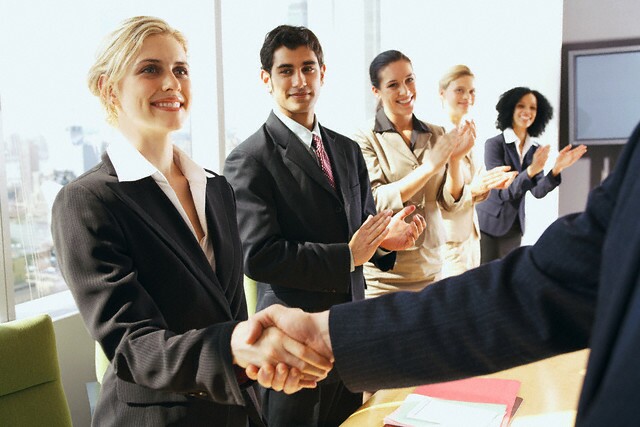 Our society has an obsession with successful people. Movie stars, athletes, Mark Zuckerberg, Bill Gates -- we define success differently, but we can all agree that there’s just “something” about them.

Whomever we’re currently obsessing over, we start to act like we know them. We start calling them by their first name, “Did you hear about Bruce, I mean, Caitlyn?” We begin learning random facts about their childhood, their interests, their lifestyles and their habits. Some people spend more time following their idols on social media and watching them on the news than they do focusing on themselves.

There’s an obvious reason why we’re so intrigued by successful people, but it’s a reason so obviously ignored. Successful people have something that most people could have but just don’t.

I spent a lot of time thinking about this correlation between successful people and consistency after I read James Clear‘s “Transform Your Habits.” It’s incredible how many people start things and don’t finish them. Not that they can’t finish them, they just don’t follow through. Consistency isn’t a secret -- it’s a practiced habit that differentiates successful people from the rest of society. It’s the most difficult aspect of becoming successful, but it’s also the most rewarding. (So I believe; I’m not exactly at success-status … yet.)

1. Successful people are willing to start things before they feel ready.

Clear made a good point that starting something is often the hardest part. A lot of people are really good at making excuses, myself included at times. It’s easy to start something when we feel confident and ready to begin, but it’s the successful people that start something and anything, regardless of how they feel. They understand that no matter what, they’ll face uncertainty, yet they still hit the “start” button.

The ability to consistently start things before you feel ready to start them is a habit anyone can have but only a few (i.e., successful people) actually practice.

I had never compared the meanings of “don’t” and “can’t,” but Clear made it, well, quite clear that there is a difference: “Can’t” is limiting. “Don’t” is empowering.

When you say, “I can’t,” you are reminding yourself of limitations. Successful people, on the other hand, say “I don’t” because it means they’re taking a stand -- they believe in what they’re saying, they believe in themselves, and they’re in control. Clear gave the example of a study that analyzed people’s response to being offered chocolate ice cream. The people that answered along the lines of, “I can’t have any because of my diet” were less successful than the people that answered, “I don’t want any.”

The more successful people didn’t make an excuse for not eating the ice cream. They were in control and made a decision to stick with it. The less successful people create external explanations for their decisions. Words aren’t magic, but it is possible to alter your language to reflect your belief system.

3. Successful people make a schedule and stick to it.

The third thing successful people do that most people don’t is create a schedule and they actually stick to it.

Now Clear did emphasize how successful people are human: Often times they create a schedule and things come up that conflict with their routine. Instead of creating the excuse (“I can’t do this today because …”) successful people “reduce scope but stick to the schedule,” as Clear put it. In other words, make the necessary changes you need to the task, but don’t take it off your schedule. For example, when Clear felt sick and didn’t want to workout, he still stuck to his schedule but reduced his workout to only squats.

I’m often guilty of the “all or nothing” mindset, and to be honest, it’s a vicious setback. The value of never missing something on a schedule you create for yourself is far more beneficial than creating an excuse for yourself by not sticking to your schedule. Cumulative efforts are impactful, which is why I’m working hard to acknowledge the power of progress and consistency.

I find failure to be a very valuable resource, but society has a negative outlook on failure. Clean discussed how successful people don’t look at failure like most people do. Instead, they view failure like a scientist would.

Scientists test things all the time. Some of their results are what they expected, but many times their results are far from their expectations. Regardless of the outcome, scientists celebrate failure: They use it as a piece of data that can help lead them to the right answer.

Successful people also view failure as a data point because they create a habit of looking at failure an opportunity to take action. As Clear suggested, try things until something comes easily. If you have 10 business ideas, one of them will evolve more easily than the other nine. Focus on that one rather than worrying about the other nine. The fear of failure will stop you from taking action.

I’m in a new city with a new job, a new schedule and now a new mindset. I have all of the tools and resources I need to be successful (and you do too -- you’re reading this blog). Now is the time to start something, trash the “I can’t,” create a schedule to stick to, and celebrate my failures, consistently.