The FQ at Cannes 2021: Building Black-Owned Media's Own Ad Table 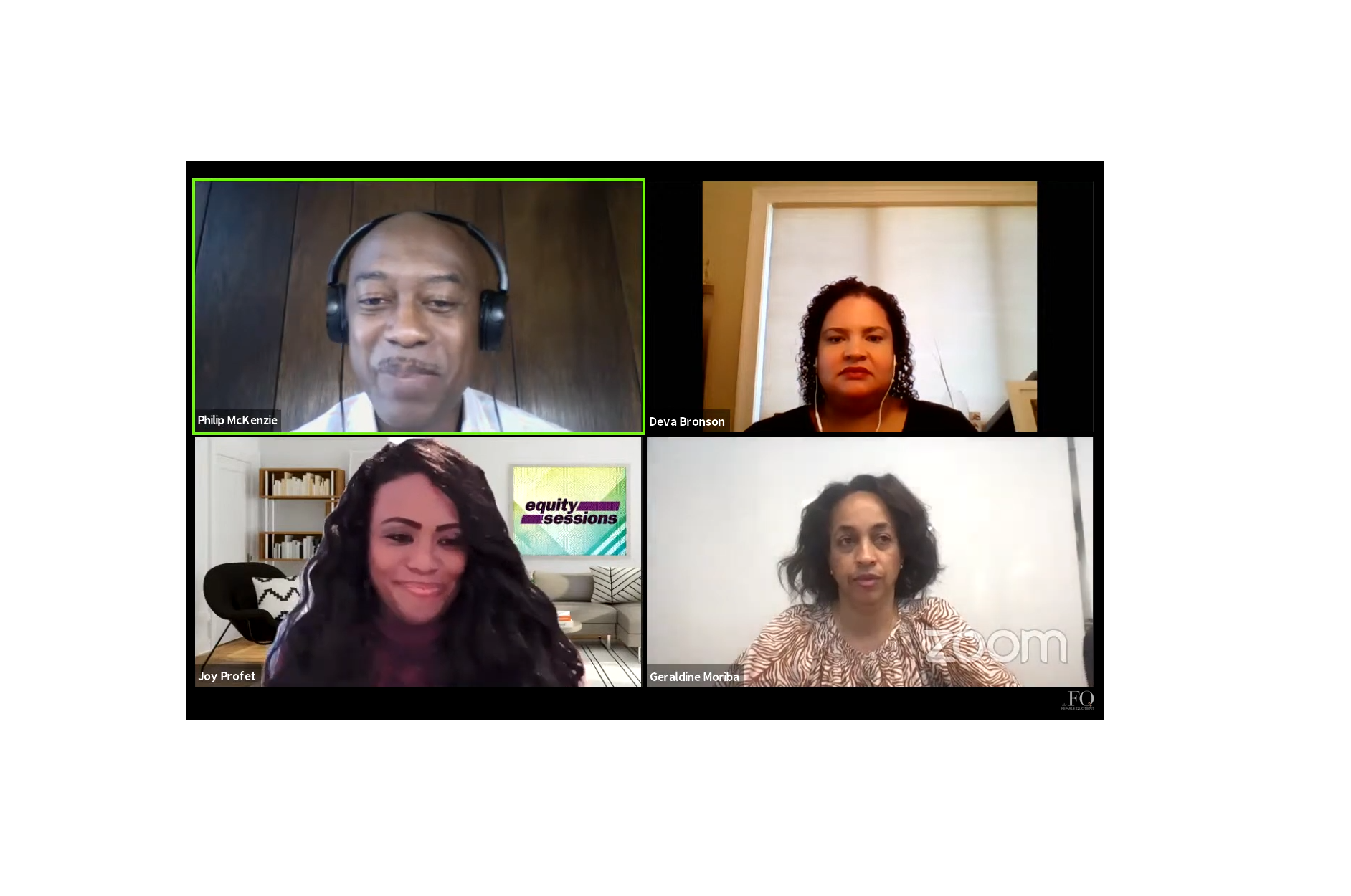 Executives from dentsu and MAGNA connected with Geraldine Moriba, Senior Vice President of News and Entertainment at The Grio, a growing part of Allen's media empire, on this virtual panel session held Wednesday afternoon. AdvancingDiversity.org Chief Strategy Officer and Executive Director Philip McKenzie, a panelist on an FQ session the day before titled Leadership in the Post-Pandemic World, moderated this encounter.

Agencies like MAGNA, a buying unit of IPG MediaBrands, are realizing that Black-owned media organizations deserve their own space of ad spending, instead of earning what they can through general market or multicultural campaigns. "It matters," explained Joy Profet, MAGNA's head of growth and operations. "We want to be specific in addressing systemic gaps. We want to serve specific audiences. Inclusion is about representation. You have to credibly and authentically address audiences. It's about economics, assuring that Black owners and Black creators participate in the economic ecosystem of the content they're creating and contributing. Black ownership resonates with the Black audiences in a deep way."

Profet and Deva Bronson, dentsu's Executive Vice President and Head of Digital Investments, foresee the effort by Allen and other African-American media entrepreneurs to generate their own line item on ad budgets will be followed by similar initiatives among other media communities of color, such as Hispanic, Asian-American and Native American. "It's important for everyone to achieve success -- an even playing field from an economic and representation perspective," Bronson said. "The touchpoint, where we are right now, is very important. I'm optimistic that we are going to be able to achieve greater representation and opportunity to work together."

Before and after Allen's mid-May "Black-Owned Media Matters" virtual event, several ad agencies announced plans to devote a percentage of their annual budgets, on the order of 2-5 percent, to Black-owned ventures. Allen is asking for annual budget spending on the order of 5-15 percent, citing the purchasing power of Black consumers and their deep loyalty to brands that improve their lifestyle.

"We're not asking for a seat at the table. We're building our own table. We want our own pie," noted Moriba. "The problem with multicultural (spending) is we get lost. There are so many boxes to check and in reality, it's easy to disappear in the soup." Earlier, Moriba disclosed that The Grio, which launched a full-time multicast/smart gadget-distributed programming service this past January, has a Grio News TV service in development.

If Black-owned media companies want to own their own table and expand it over time, it's up to advertising agencies to offer what resources they can to companies in that universe now and newcomers in the future, Bronson suggested. "The ability to connect with media owners and to provide marketplace knowledge they may not have been exposed to that we have accumulated over the years (is crucial). That will help them elevate their business. It's about us contributing to their growth."

Among the ways agencies can forward these ventures and others owned by people of color: Face-to-face meetings with clients, access to technology and consumer research advancements, and reviewing sales material and creative messaging.

"We've got to create partnerships and see these companies as partners," Profet added. "You have to unpack the process every step of the way, and you want to repack with inclusivity. Give yourself permission to be objective. When you're objective, you see the facts and you have to respond. This audience is valuable."

At the same time, media ventures owned by people of color must transform their approach to the marketplace from inclusion in general market or multicultural campaigns. "Don't put us in the center of something else," Moriba urged. "We're not multicultural. We're Black. We need to be taken more seriously. We have to start building and buying and owning and challenging."

"If social media has taught us anything over the last 10-15 years, it's that individual conversations change perceptions, drive consumers to engage and purchase and increase love of brands," Bronson said. The ability to personalize messaging on all media channels is what we're going for here.