The Future According to Rishad Tobaccowala

By Rishad Tobaccowala April 26, 2021 Restoring the Soul of Business Archives 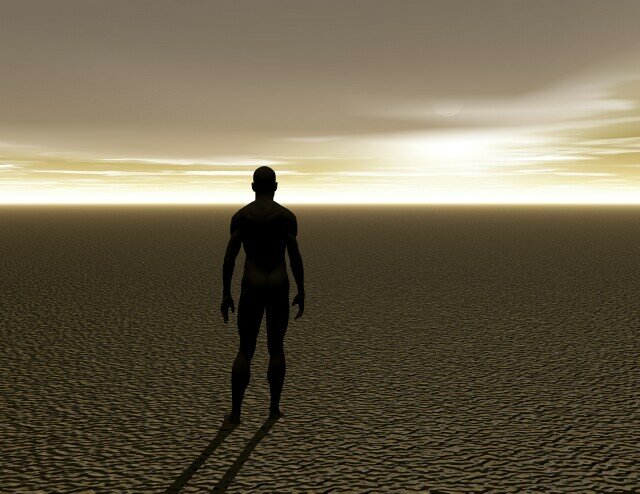 We are all interested in the future since we will be spending the rest of our lives there. And the future by definition is unknowable since it is yet to unfold. However, there are three very high probabilities about the future that we should heed so that we can better align and adapt to what is likely to occur.

The future does not fit in the containers of the past.

Let us consider just three arenas that surround us every day: a) Media, b) Markets and Money and c) Mindsets.

There was a time that most of the media we consumed fit in containers called compact discs or DVDs or newspapers or magazines. They have all now been unbundled down to individual scenes, songs and articles -- all digitized, streamed and available for re-mix and re-posting.

Media fit in containers of time whether it was a television network's programming grid or the deadlines when newspapers and magazines went to press. Movies were marched along their windowing schedule from theater to pay tv to video to cable to tv.

Now windows have shortened and collapsed, and everything is increasingly in real time. Movies and television show long lost to time or another region are resurrected on Criterion or can be viewed with a VPN and an app. Schedules are malleable.

Media used to fit form. There was print and there was audio and there was video. But in a digitized world the containers between forms were eroded away by the hydrochloric acid of code and everything became multi-media and then immersible and swappable and interactive. This is the difference between the first pictures on Instagram and today's Instagram stories.

Even the containers of search, mobile, social and e-commerce are leaking into each other and mongrelizing as we speak. What is WeChat or a shoppable format with internal search and embedded e-commerce?

Soon the Miami Heat arena will be renamed for a company called FTX which allows for 24-hour trading globally of many instruments and creates new markets and instruments.

Crypto currencies and blockchain, which most people disdained, are re-configuring the future of transaction, store of value and exchange.

Wall Street Bets and Stock Twits are for many a modern Bloomberg terminal, and the revolution is on Robinhood.

Insurance is priced by the mile. Ownership of everything is fractionalized and tokenized. Coinbase is more valuable than Goldman Sachs and debit is the new credit as the next generation of Stripes, Squares, Affirms and Afterpays embed and engulf all.

None of these fit within the containers of the past and are so new that regulation lags and definitions fail to do them justice.

Most of us -- and most managers -- are Baby Boomers and older, and our mindsets may be the containers of the past.

Millennials who are a generation or two removed from the average age of most leaders in non-tech companies have grown up in a completely different environment that their management may have and one that is more aligned with where the future is going.

They grew up multi-ethnic, with U.S. citizens under the age of 18 turning Caucasian minority next year.

They grew up digital. Go meet them on Discord, Twitch or TikTok and try to figure out what is going on.

They expect to do worse than their parents and having seen 9/11, the great recession and COVID, and the rise of Uber, Task Rabbits and much more. They recognize that the future of work is being a gig worker thus skill-building, speed and social standing are increasingly important. They operate as companies of one in real time.

They are forcing companies to become more purpose- and meaning-driven.

YOLO (You Only Live Once) is a real movement, as is FIRE (Financially Independent Retire Early).

It is not just the mindsets of Millennials that need revisiting but also how we see older people. Someone who is healthy at 50 is expected to enjoy another 30 years of good health. With people over 50 controlling over 70 percent of wealth, and as COVID has shown still capable of new behaviors, we would be short sighted to give short shrift to older folks or to our own abilities to re-invent.

The past year has accelerated, accentuated and amplified all these trends. There is no going back to December 2019. If you take the entire world and shake it with a health, financial and social crisis for over a year, we do not restart or return to a new normal. Instead, we start again and prepare for the new strange.

Once a champagne cork is out of the bottle it swells and does not fit back in. A mind and behavior expanded does not go back to its original shape.

The future comes from the slime and not the heavens.

IBM did not see Microsoft. Microsoft did not see Google. Nokia and Sony did not see Apple. GM, Ford and Toyota missed Tesla and Uber. And Gillette and Schick were late to recognize the power of Dollar Shave Club and Harry's.

Coastal urban elites ensconced in bubbles of chattering chit chat and voguish self-glorification missed the measure or the temperature of the country in between. Many board rooms today continue to bathe in yesterday's data lakes filled with dead fish, and actually believe they will control and manage how people will come back to work.

The future of video did not emerge from the networks or studios, but a DVD distributor called Netflix. The dominant force in music was not based in London or L.A. but in Stockholm where a little company called Spotify was birthed.

In each case the threat came from a) outside the industry definition or established competitor, b) utilized a go-to market strategy that in the near term made little economic sense or introduced a completely new form of distribution or pricing, and c) aligned with technology and demographic trends that were becoming versus technology and trends that had been.

The new entrant was therefore unknown, too little and too small, and/or crazy.

From the dredges, the low-rent district, the outside places.

Life came from the slime according to evolution.

So will the future.

Smart management of companies today pays a lot of attention to adjacent industries and not just their own. They understand that as we enter the third connected age of technology which will combine AI, Voice, 5G and Quantum Cloud Computing every aspect of their go-to market strategies must be re-considered. They monitor and invest in start-ups and fund internal disrupters who re-imagine.

The future will be better for most of humanity.

From COVID to climate change, from inequality to increased polarization, from race relations to lunatic leaders, the future looks troubled, dystopian and trauma filled.

And it might be, since the future is not ours to see.

But if the past is any guide – and if the technology and new learning being discovered and the mindset of the young generation around the world are a collective sign -- the future for most people is something to look forward to.

While there is much to be achieved let us remember that in the past 20 years two billion people came out of poverty, half the world's population went online and were connected, having cancer was not necessarily a death sentence and being a woman or minority or gay in 2021, while still not where it needed to be, was far better than two or three decades ago.

Today, with quantum computing, biotechnology, knowledge (not just rumors and memes) spreading fast because of the internet, and new approaches to medicine and education delivery being scaled and birthed, the future is much brighter than the headlines make it out to be.

Just imagine a vaccine for COVID being delivered in less than one year using technologies that were in the lab less than five years ago.

Two books, Enlightenment Now by Steven Pinker and Human Kind: A Hopeful History by Rutger Bregman make for  great antidotes to the fusillade of dystopian headlines exploding across your television screen and social streams.

Five steps to future align yourself and your firm.

First, it is key to understand how we and the people we serve or sell to have changed as we all come out of over a year of living differently into a world where modern technology has accelerated, amplified and augmented the way we live. What will our customers, employees and other people around us start, stop and continue to do as we proceed into years of the Third Connected Age?

Second, commit to continuous learning in a world where the half-life of knowledge and behavior is increasingly shortening. Deliberate practice and continuous improvement are key. William Gibson wrote that the future is already here but not evenly distributed. Look around the world or different markets and you will see the future. Due to the acceleration of the rate of change we will constantly have to upgrade our mental operating system. Upgraded software eats the world. Static software (our minds and skills if we let them atrophy) gets written over.

Third, imagine the exact opposite of what we believe to be true to both stretch our minds and ensure that in a world of polarized media and tight social circles we are not led to believe our flatulence smells like Chanel No. 5.

Fourth, remember that the future comes from the slime and from the outside, which is from beneath us or besides us and is not usually from the roped-in areas we may be inhabiting. Look to the slime and not the heavens. Wonder whether you are walling yourself in rather than walling people out.

Finally, and most importantly, be optimistic. Pragmatically enthusiastic, not pollyannaish. People follow people who have hope in their eyes and see a higher mountain to climb. Be real and align with science, since facts are stubborn things and truth has a habit of breaking in. People choose with their hearts and use numbers to justify what they do.