The Great Demographic Challenge for Trump 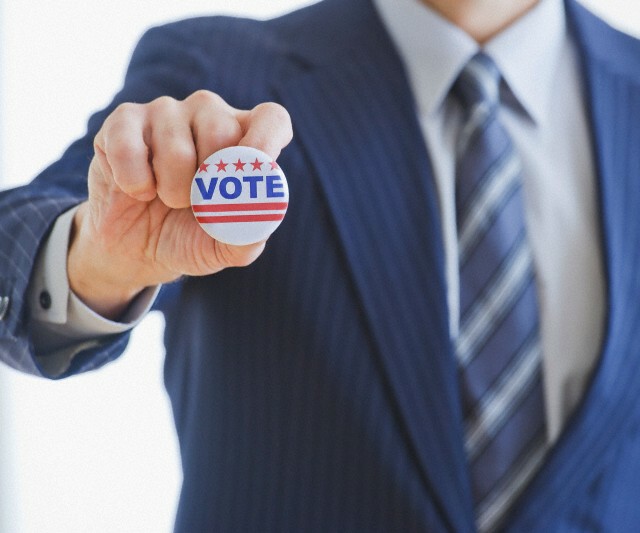 At the American Association of Political Consultants meeting last week in Puerto Rico, Nielsen presented the demographic profiles for supporters of Hillary Clinton and Donald Trump, along with secondary data.

Consumers in Motion Group compared Nielsen’s profiles for Hillary Clinton and Donald Trump to Roper’s demographic profile of voters in the 2012 Presidential Election (below). Donald Trump will need to convert women, African-Americans, Hispanics and Millennial voters in the six months prior to the election. But how can Trump overcome his high negative perception against key groups needed to win the election? 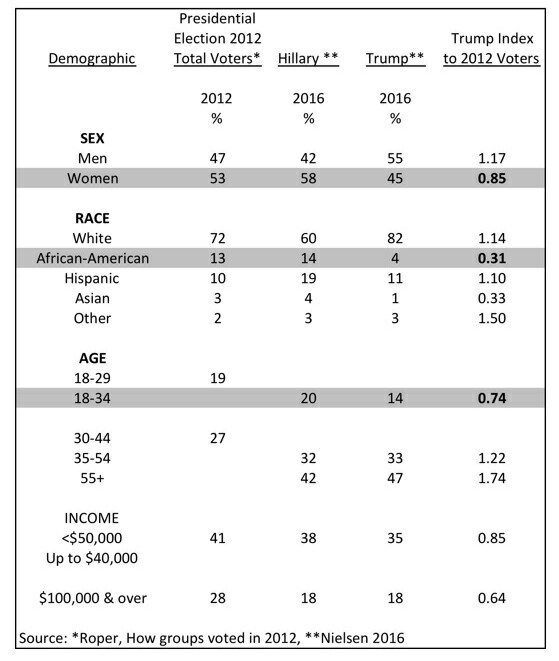 It can be easily assumed that the opposition has already assembled a mass of anti-Trump videos, which they will be ready to deploy after the Republican convention. In his calculations, Trump will need to measure the downside impact of a failed presidential bid along with billions of negative attack ads that will damage the Trump brand. The informed speculation is that Trump will pull out if he does not get enough delegates or will wait until the convention and bow out rather than go through an ugly and unproductive convention fight. Those who have observed past presidential races say that he has not yet taken steps of a serious candidate and lacks the organization to execute a ground game.

Experts in the political marketplace say they “have no idea how the Trump candidacy will play out.” Stay tuned; we are at an historic inflection point in American politics and it will surely be a very interesting journey to the finish line.