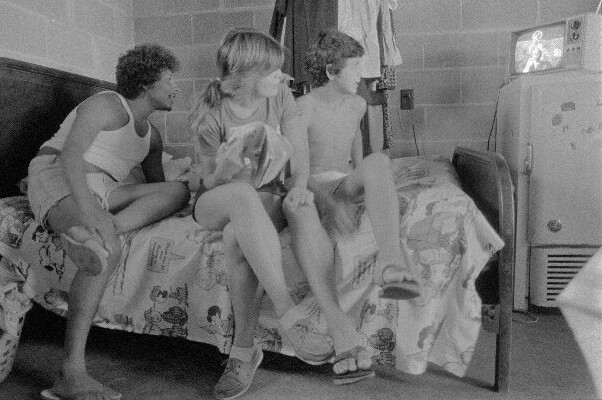 Do you have an early candidate for most important TV story of 2015? This corner suspects a few of you might … and that it might concern the explosive growth of scripted programming all over, with no signs from anyone of a let up next year or beyond. I think you would be wrong.

My early candidate for most important story -- one, incidentally, that will have a huge impact on that scripted content growth -- isn't getting face time in the TV or technology trades and consumer press. It isn't drawing considerable space on Web sites like Deadline Hollywood Daily or Re/code or TechCrunch. It has been passed over by the business news networks.

But to quote Arthur Miller, attention must be paid!

My candidate for the most seismic TV story of the year is the public embrace of smart television sets. Even more, the public embrace of devices which make TV sets smart. Either way, we are evolving into a culture where people watch the Internet (not just Internet-circulating videos), play sophisticated video games, transact and interact with content, services and applications – all through the TV set.

What's more, because software is the delivery agent of all this, software which can be upgraded electronically, we have no inkling of the ultimate capacity or capabilities of these advanced sets or gear, and no inkling of the imagination called into play through this capacity and capability.

More than 10 million people now access a Roku-provided streaming stick, set-top box or TV set, with more than 2,000 channels, games and services at their disposal. Google's Chromecast plug-in has worked up more than two billion views in 24 months. Amazon Fire TV's set-top has sold out its initial hardware inventory in 16 months (despite the Gary Busey-starring ad campaign which dumbfounds you every time) and stick sales continue strong. Nvidia's Shield box, out since late May, gives Android application developers a path to create all sorts of services, starting with games that hold their own as well as those on personal computers or consoles.

As all this activity moves forward Samsung, Vizio, LG, Panasonic, Sharp and the other set makers see steady purchases of their latest smart models, most with ultra high-definition tech incorporated at ever-lower prices.

If all this doesn't turn your opinion, keep two other things in mind.

First, it looks like Apple is finally on track to turn its Apple TV set-top from a pure program delivery mechanism to a smart TV-making unit, one capable of allowing those hundreds of thousands of iPhone and iPad application developers the option to adapt their smartphone and tablet services to TV, besides creating any made-for-TV apps they want. September 9 could be a big red-letter day for all of TV if Apple carries through this initiative. This is the consequence being passed over by all the reporting on Apple's delay of its streaming TV effort. One exception was Squawk Alley, CNBC's late-morning tech hour, which led off an episode last Tuesday with a brief overview of Apple TV’s set-top strategy and expert analysis. Even here, no one brought up what this box could do with heavy participation from Apple's app developer ecosystem.

Second, consider the public admission from top executives at Netflix, Hulu, Amazon, Yahoo and their like that more people are watching what they offer on the TV set -- not the PC, not the smartphone, not the tablet. Whether through interviews or TV appearances, these execs make clear how people see their ever-increasing original work, scripted and otherwise. More than a few of the ventures participating in this spring's Digital Content NewFronts acknowledged their increase in delivery via TV using graphics or executive remarks.

No wonder Netflix now has the ambition of being the universe's biggest generator of original scripted fare. No wonder Amazon, Hulu and Yahoo are picking up the scripted pace, with YouTube, Fullscreen, BitTorrent and other Web outposts looking to enter this territory. Smart TV is the end game for the biggest audience. As they set a bigger scripted agenda, broadcast, cable and multicast channels increase their commitments.

It's getting clear that we've got a society moving towards TV as the access point for anything worth watching, perhaps anything transactive or interactive. What's not clear yet is whether multichannel customers will have smart TVs and devices supplement what they're accustomed to now, or the replacement for multichannel service, no matter how wide their cord or big their bundle.

The next few years should clarify things. However, the time is now for everyone in the business of covering TV somehow to put this trend front and center above everything else.