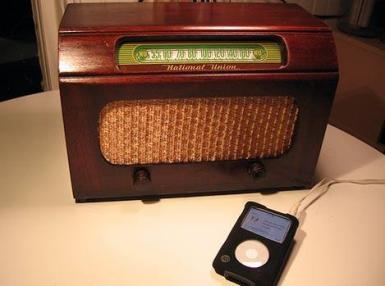 My former partner Dan Mason and I toured Bucharest, Romania in 2005, where we met Adrian Sarbu. Mr. Sarbu is brilliant and notorious. He has run and owned the most broadcast signals and sound stages in Romania. (He also owns the Romanian edition of Playboy.)

We asked Mr. Sarbu what he was going to do with his many HD signals. “Put a studio in every high school,” he replied. “Let the kids make radio and the parents will buy HD Radios.”

That lead me to think about tween-based programming. Two years ago I developed an idea called NICK TUNES. Nickelodeon tween shows have great singers and music groups but few hits. Disney ‘tween shows have ok singers and many hits. What’s the difference? Radio Disney! The concept was that NICK TUNES would feature Nick ‘tween stars as hosts playing songs by Nick ‘tween stars and other artists enjoyed by their target audience.

The company I tried to sell Nick Tunes to passed. Congratulations to John Sykes, John Hogan and Bob Pittman, CEO of CC+E for independently making a deal with Nickelodeon and giving a driving reason to tune to his HD frequencies.

Tween programming will begin to make HD radio attractive to listeners. With 25 million installs ---CONGRATS Bob Struble --- it is time for HD radio to be an active part of the media ecosystem.

It’s just the beginning. HD Radio works. It’s been dramatically perfected since it was launched almost 20 years ago. Every time you pass an HD-2 or HD-3 blank signal, consider the possibilities. It’s time for each group to put a person in charge and accountable for the success of the HD frequencies. They would test, make mistakes, recruit new talent, explore new formats and occasionally refer to the model of the most successful consumer electronics launch in history: FM Radio.