The HISTORY Channel’s Moment in Media: "A Visit from St. Nicholas" Was First Published Anonymously in a Small Town Newspaper 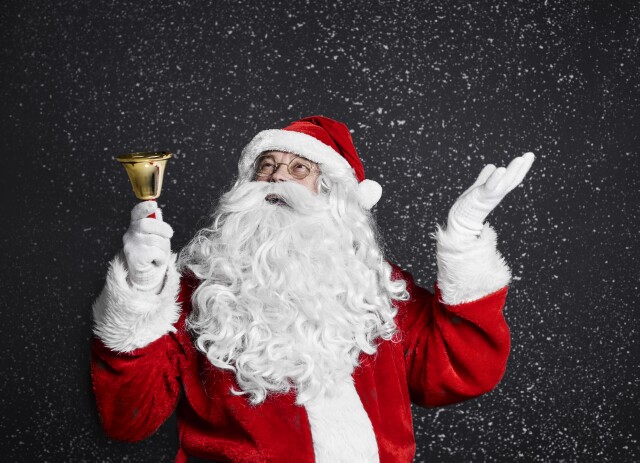 Do you envision Santa Claus as a jolly old man with rosy cheeks and a bouncing belly? Do you imagine him flying from chimney to chimney and pulled by eight reindeer? And do you know those reindeer have names like Dasher and Dancer, Prancer and Vixen? Much of what we consider to be the all-American St. Nick derives from "A Visit from St. Nicholas," a poem first published 198 years ago this month -- December 23, 1823, to be exact -- in the Troy Sentinel, a newspaper based in a small city just north of Albany, New York.

We all know its famous first words: "Twas the night before Christmas ..." When the great American political cartoonist Thomas Nast drew the first popular illustrations of Santa Claus, he relied upon the poetic creation as inspiration. In an 1881 illustration for Harper’s Weekly, Nast gave Santa his red suit. He also gave Santa some elves, his North Pole headquarters and, ever so generously, Mrs. Claus.

The readers of the Troy Sentinel can be forgiven for missing the initial publication of the anonymous poem, which was sandwiched among tightly packed news columns. But it was the first time that the famous Christmas gift-giver was described as "chubby and plump, a right jolly old elf." It's also when he got those reindeer and his sleigh.

For the next several years, the newspaper continued to republish the uncredited poem. It grew in popularity, and other newspapers began to print it, too. In 1844, its author was finally revealed as Clement Clarke Moore, who included it in a collection of his poetry. Moore was from a very prominent New York City family that owned much of the land that’s now the Manhattan neighborhood of Chelsea. A studious and religious man, he was a professor at General Theological Seminary and published academic works such as A Compendious Lexicon of the Hebrew Language. But why did it take more than 20 years for Moore to claim authorship of the poem? The story is that he did not attach his name because it was a "trifle" not up to his usual standards, but he surreptitiously submitted it to the Troy Sentinel via a friend who lived in the upstate town.

However, there also might be another reason why Moore did not initially claim authorship. While he is now generally considered the poet behind "A Visit from St. Nicholas," there is also a significant school of thought that argues it was really written by Henry Livingston Jr., a scion of another wealthy New York family. Livingston, who served in the Revolutionary War, was a gentleman farmer in upstate New York and was known to publish light verse in local publications. While he was already dead by the time Moore professed authorship of the poem, Livingston's descendants have argued that he is the legitimate author. One of them even asked Don Foster, a Vassar College English professor and self-described "literary detective," to investigate the matter. In 2000, Foster proclaimed Livingston as the poem's true author.

Of course, Foster notwithstanding, it is impossible to make a definitive conclusion all these years later. In 2013, a mock trial was held at the Rensselaer County Courthouse in Troy, with local attorneys arguing the cases for Moore and Livingston. (The event was dreamed up by a public relations firm that was based out of the old Troy Sentinel offices.) Actors portraying the two authors testified, as did the county historian.

But even then, there was no definitive verdict. The trial ended with a hung jury -- you might even say, hung, like stockings, by the chimney with care.