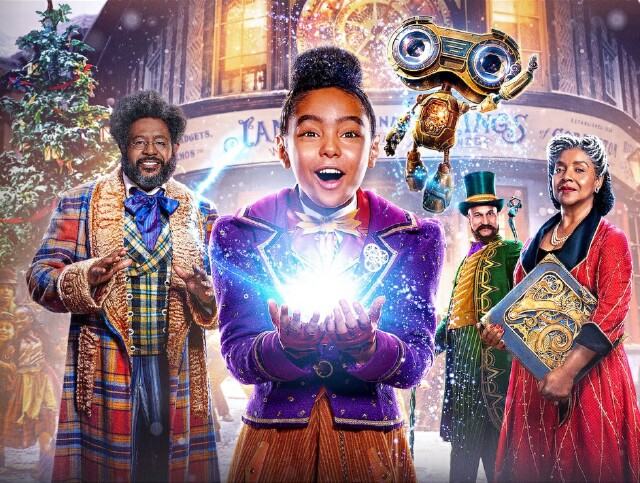 During the holiday season, content offerings are typically a mixture of animated classics (hello How The Grinch Stole Christmas! and A Charlie Brown Christmas) and feel-good holiday movies. In recent years, holiday content has seemed to come earlier and earlier, and in the case of streaming giants like Netflix it is offered practically year-round. As interest in holiday content has grown in lockstep with the number of streaming services creating it, it's only natural viewers would seek a broader range of options.

Diverse representation matters on screen, and despite some recent improvements, holiday programming is still fairly monochromatic. The lack of diversity is an opportunity for content companies who want to tap into a market for holiday fare that has always been there but has not felt represented with relevant programming.

There have been critical attempts this season to answer the call for diversity, and as a result several new films and projects are stretching the definition of holiday viewing. A genre long known for its lack of diversity has started to address this with films like Netflix’s His House and Jingle Jangle: A Christmas Journey (pictured above) and Amazon’s Small Axe. Each film is thematically different, but all of them are welcome additions to the holiday content season. And of course, the holiday season is also the run-up to awards season, which results in more movies of higher quality and artistic merit being released in theaters and via streaming in November and December than the other ten months of the year.

On the first watch, His Housedoes not feel like a film to be scheduled around the holidays. It is an arresting haunted house thriller functioning as an allegory on the lasting effects of trauma. The focus on a displaced couple attempting to start a new life in the U.K. after fleeing their war-torn country doesn't scream "holiday hit." Most apparently, His House shares space with recent films like Jordan Peele’s Get Out and Us.

The horror genre, much like the holiday genre, has been slow to embrace films that center Black narratives and experiences. His House is essentially part of a new tradition that weaves diversity into its story and upends traditional horror tropes. At the same time, it joins a list of movies like Die Hard and The Nightmare Before Christmas that offer darker and more irreverent holiday fare.

Small Axe, a collaboration between Amazon Studios and the BBC, is a series of films created by Academy Award-winning director Steve McQueen. Most famously known domestically for 12 Years a Slave, McQueen has turned his attention to the post-Windrush era of the Black experience in the U.K. The Windrush era gets its name from the ship that first brought immigrants from the then-colonial West Indies to England to buttress labor shortages after World War II. Over the series, the films dive into the unique elements of West Indian culture as they build lives and communities far from home and, in turn, add their flavor and influence to English life.

The films chronicle everything from the racist injustice of police harassment in The Mangrove to the festive house bashment of Lovers Rock. The movies are a testament to the community and celebrate the diasporas’ journey of the West Indian community. They are profoundly meditative and uphold a holiday narrative in the tradition of community, uplift and justice.

Finally, Jingle Jangle is a holiday film that has a bright future as a new seasonal classic. Quite simply, Jingle Jangle is a triumph that ticks every box while creating a few new ones. It celebrates exuberant and joyful Blackness with a rich style, tone and texture to everything from the set design and costumes to the music. Packed with star power like Forrest Whitaker, Phylicia Rashad and Anika Noni Rose, Jingle Jangle represents the very best of the promise of diverse holiday stories. One can't overemphasize how important it is to have Black stories that "are," i.e., they are not anchored in a struggle. The characters in Jingle Jangle are free to explore their agency and creativity through Blackness while not being solely defined by it. In other words, the diversity is simply baked into the story requiring no explanation and world building outside of the tale itself. It is magic in the way that holiday stories have always been permitted to exist for a general market. To witness that same commitment as more diverse stories are born is an essential milestone for creators.

The holiday season is a moment for both reflection and festive celebration. It should also be a broad palette that encourages as many different perspectives as possible. The holidays are an invitation for all of us to feel as if we are welcome. Content that promotes and broadens the conversation will undoubtedly resonate with viewers who have made it clear they expect more from their holiday viewing. Anyone looking for a viewing template would be wise to start here.