The Internet Goes to College 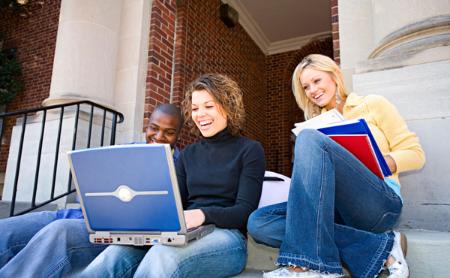 Seventeen years ago, in 1993, the first Internet browser was released, named Mosaic. Credited with popularizing the World Wide Web, Mosaic was the foundation for Microsoft's original Internet Explorer and, under the guidance of Netscape, became the world's interface standard. Also in 1993, the generation was born that will be going to college this September and who are already having an influential impact on all aspects of society, culture and economics. They are a radically different generation than the one that went off to college in 1993; it's almost impossible to comprehend the fundamental differences between this group and those from the 1960s, 70s, and 80s who are sitting today in the executive suites of most companies (including most Internet companies and investment firms). Those who operate with a browser-based mentality that's based on Mosaic principles are as completely out-of-touch with the Social Internet generation that is heading off to college this year as parents who grew up in the 1930s and 40s were with the 1960s TV generation.

Since the 1960s, college students have been the generation who would, could and did change the world. Do a Google search for "college + changing the world" and there are 798,000,000 references. But in this chaotic world overly focused on change, today's college generation is going off in search of a greater balance between "change" and "stability". The great conflicts we're experiencing in so many aspects of business, culture, politics and society reflect this fundamental battle between change and stability; between disruption and sustainability.

Television and the Internet have been disruptive forces -- vehicles for communicating, accelerating and expanding extreme positions and causes. As the Internet matures as a social and behavioral medium, the emphasis will shift toward moving conflicting issues toward resolution, warring factions toward conciliation, unstable economies toward balance, disruptive corporate cultures toward collaborative progress, polarized societies toward cohesive common cause, anti-social behavior toward socialized cohabitation, and polarized political positions toward sustainable cooperation. When the Internet graduates from college in four years and gets its post-graduate degree in 2020, I believe its role in the world, in business and in people's lives will be far more sophisticated and social than today. And the Social Internet Generation who will graduate with it will bring with them a new priority founded on a need for sustainability and stability rather than change.

Rich Bruer, in his blog on sustainable business practices, explains that "Seeking stability doesn't automatically mean resisting change. We all know the frustrations of executives trying to move their employees in new directions or 'change agent' employees trying to persuade their reluctant bosses. Change and stability, far from being enemies, need each other to create a world that's whole. Or a business in balance."

With the new social order being imposed by the Social Internet as it matures as the dominant communications medium, the focus will be less on the need for change. Priorities will increasingly shift to the relevance and benefits of sustainability and stability. It is basic physics that the larger organizations become, the more chaotic they are (entropy). It's also natural that we instinctively seek to bring order to chaos. The Internet investment focus since 1993 has fostered chaos. The Internet investment emphasis of the next decade will be on tools and resources that bring order to that chaos. As the Internet Goes to College, it is graduating from a curriculum built on invention and change to one focused on finding paths to sustainability and stability. The Internet, often seen as the cause of change and conflict, will be the instrument of peace and stability.

Aristotle recognized that while everything is always changing, that change also has some aim, goal, or purpose. Since 1993, the Internet has been on a growth trajectory without a clear understanding of its purpose. As The Internet Goes to College, its role as a socializing force is now apparent. The thousands of companies funded to capitalize on the technological wizardry of the Internet and the new companies emerging in the next decade will be valued based on the contributions they are able to make toward the goals of greater order and stability, and no longer, as they have been, on their contributions simply to change.