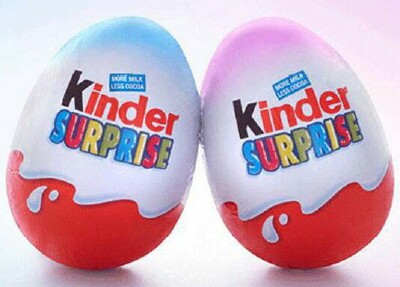 Please take a moment to look at this video for Kinder Eggs. You only need to watch for a moment. There are other Kinder Egg videos in the que with similar view counts of over 100,000,000.

2. Kittens laid Kinder Eggs! The most watched videos on the Internet are Kitten videos. After a visitor types in “Kitten" and watches Kittens, the preview screens will start to show other “Ki” prefixed words, such as Kinder Eggs. Kinder Eggs are appealing because the preview boxes show intense colors in familiar egg shapes. Kids, primary Kitten fans, love bold colors and simple shapes. Children watch the Kinder Eggs videos for hours, but the youngsters were brought to the Kinder Eggs by Kittens.

4. Most CEOs are creative and pragmatic. They get it. They want to move cases off the shelf, cars off the lot, eyeballs to their shows. CEO leadership is essential to guiding agencies and marketing departments to embracing online video for what it is -- all new! New creative. New messaging. New distribution. “Click in five seconds to end commercial” is brand hostile and wasteful. Smart brands know that putting their messages inside an online video is the way to go. Top CEOs do not tolerate a re-purposed TV spot as viable Internet creative.

5. Each medium creates its own stars. Grumpy Cat, for example, is a worldwide phenomenon. Jenna Marbles has more fans than any TV network celebrity. The tests have shown that no movie or TV star produces an online hit more than once. The Internet has birthed its own stars; integrating a product within their videos is the most elegant method for delivering a brand message online.

6. Tags must be tested. Test, test, test the tags. Never be allergic to Kittens!

Walter Sabo is the Chairman of Sabo Media, a company that offers executive-on-demand services.

He has worked on-site to build out new digital content platforms such as Sirius/XM. His team was the first to discover the marketing clout of web stars, Internet organic video producers. They founded OMMA award winning HITVIEWS. The company placed brands such as CBS, TiVo and Mountain Dew inside UGC. In FM broadcasting he is a leader in the profitable sector of FM Talk and held executive positions at NBC and ABC Radio. He can be reached at walter@sabomedia.com.