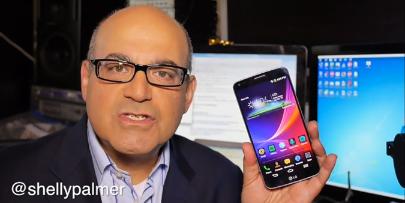 I got a chance to unbox one of the four LG G Flex phablets in the USA this week. It is awesome!!!

First and foremost it has a 6" curved OLED screen that is simply amazing. You will simply be blown away by the color space and contrast ratio of this screen. If you're wondering what that means... it's simple – the screen rocks!

Forgetting all the other specifications, this phablet has three unique features:

1) The screen is curved, which means that you can easily control the glare. When you hold a curved device, you will really understand how much of a difference it makes, here I'll just describe it as super useful.

2) The LG G Flex lives up to its name. It's flexible. I pressed down on this phablet with all of my might and pushed it flat on a desk. It bounced right back into shape and still worked perfectly. I repeated this test several times and there was nothing I could do to hurt the phone. This feature makes it easy to put the phone in any pocket, especially your back pocket. Sitting on the phone will not hurt it.

3) The finish is "self-healing." LG borrowed a technique from the auto industry. The finish on the back of the phone utilizes a technology that allows the LG G Flex to repair itself when you scratch it. Depending upon how deep the scratch is, it can take up to an hour or more for the scratch to fill in... but fill it it does. I took a nail to this thing and 15 minutes later, I could not see the scratch. Magic! 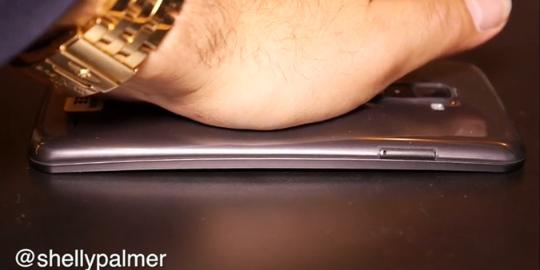 The curved nature of the G Flex also makes it fit better to your face when you make phone calls and it has a feature called the "swing lock screen," which moves the wallpaper based on how you tilt your phone and displays different unlocking effects when you touch different parts of the screen. None of these things are possible on a traditional smartphone, which helps the G Flex stand out from the crowd.

You're going to see curved smartphones popping up all over the place. Samsung was the first to the market with one of these devices – the Galaxy Round made its way to market earlier this year, but Samsung said it was just a prototype. The G Flex is, according to LG, the "world's first 'real' curved smartphone." Look for companies like Apple and Samsung (again) to follow LG's lead next year in the curved market.

More Than Just a Curve

It's a powerful phone, to be sure: it's got a 2.26GHz quad-core Snapdragon 800 processor (the same beast of a processor that's used in the Nexus 5 and LG G2), 2GB of RAM and a 13-megapixel camera all tucked inside that 6-inch form factor. Even with all that power, the phone is incredibly battery-efficient (a lot of that can be attributed to the OLED screen), which means you can go forever between charges. The unit I got my hands on was running Android 4.2. However, it'll be upgraded to Version 4.3 very soon and, eventually, all the way up to the newest version of Android, Version 4.4 KitKat, just like every other Android phone in the universe.

Like another one of LG's top-tier phones, the G2, the G Flex puts its key control buttons on the back, keeping the rest of the phone sleek. Because of this, the phone supports LG's "KnockOn" functionality, which lets you unlock your phone by tapping on the screen twice. Two taps and the phone is awake and ready to use.

Everything about the LG G Flex is going to blow your mind. And the best news of all... it's almost here! 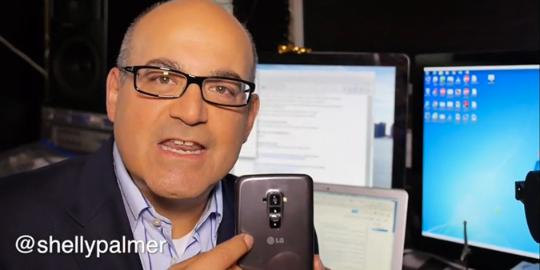