The Local News Crisis: Can Television and Digital Fill the Gap? 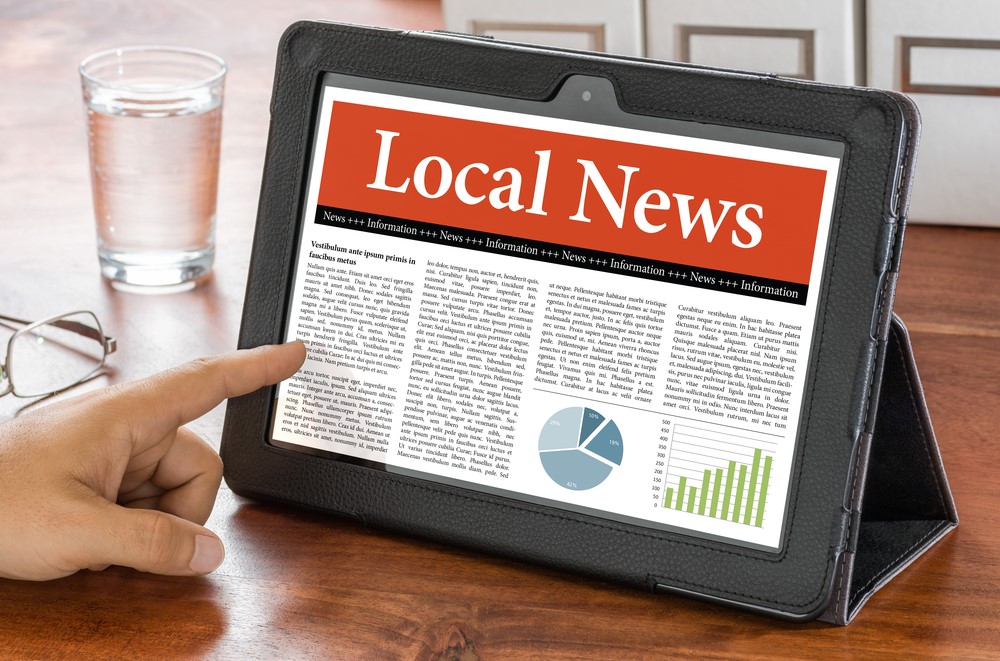 Something interesting has been happening on the other side of the Hudson.  In August, the New Jersey legislature passed the "Civic Information Bill," which designated $5 million in state funding for local news.  The state, sandwiched between the local television markets of New York and Philadelphia, has relied heavily on newspapers in the past for local news.  Thus, New Jersey has been hit heavily by drying up local papers.  Critics have, of course, rightfully pointed out concerns about anything resembling government-funded media, even as praise for the measure tumbled in from the organization Free Press to The Philadelphia Inquirer.  But, more than anything, the New Jersey proposal is indicative of the dire state of affairs when it comes to the financial health of local news.

The statistic frequently cited by those monitoring the decline of local journalism is that 1,800 newspapers have shuttered in the past decade-and-a-half.  And, even for those publications that have stayed alive, layoffs have been rampant; newsroom employment in the United States fell 23% between 2008 and 2017 with a net loss of 27,000 jobs.  Pulitzer Prize-winner Matt Rainey told me: "I'm not working in journalism anymore.  I can't make a living in it ... Unfortunately, we have no local journalism anymore in the county where I live.  You can't find anything that's going on unless you jump on the local Facebook or Patch to see some kind of informal or unofficial story."

Patch, of course, had struggled under AOL ownership but returned to profitability in 2016 under majority management by Hale Global, and now boasts an Alexa rank of 81 in the United States.  Then there are the entrepreneurs, who made their money in other ventures, who have entered the local news space.  One isMichael Golden, a Philadelphia-based online-retail entrepreneur who is running websites for local news in metro Philadelphia.  With publications such as The New York Times,though hardly a local paper, now experiencing increased revenues in digital subscriptions, perhaps that's a model for regional and city papers to take a page from.

Valari Staab, President of NBCUniversal-Owned Television Stations, discussed with me the sizable investments her company has been making in weather-tracking technology, especially given that weather reporting is the No. 1 driver of viewers to her stations.  "Our radars are live, whereas the National Weather Service's are always on some kind of delay," she explained.  And it's not just weather.  Staab also described the extensive effort her company has made in customer service improvements.

All the while, innovations have been rolling in from other parts of the country, including from NBC affiliated stations.  WRAL-TV, the NBC affiliate in Raleigh, NC, created a popular iPhone app in 2010 that laid the groundwork for other stations to follow suit.  Denver's KUSA 9News has been successfully experimenting with personality driven news coverage.

On the business to business side, Frank Comerford, the Chief Revenue Officer of that same division at NBCUniversal, emphasized how their company does its best to give advertisers the ability to run the same ads in a "bundled way" to reach audiences digitally and on the television side -- in both English and Spanish.  Local news, after all, is big business, with local TV over-the-air advertising revenue reaching $17.4 billion in 2017.

A healthy state of local television is likely good news for communities, particularly when the fate of regional newspapers is uncertain.  "Everything is vetted," Comerford told me before Staab chimed in to add that local television news tends to follow the rules of journalism more closely than some race-to-publish-first online outlets.

"There is a difference in the way that we conduct our journalism," she said.

Also, the rising role of Telemundo owned-and-operated stations might provide an antidote to what may be the most pressing existential threat to the health of local news: its demographic crisis.  Although local news generally caters to an older audience, Telemundo's top advertising demographic is adults 18-49.

One common thread that runs through much of the discussion on local and community news is that there is an almost public service component to providing local news.  This makes sense for a few reasons.  For starters, most communities that have lost their local newspapers (therefore becoming "news deserts") lag behind national averages in annual median income and percentage of residents who are college graduates.  On the political side, local news is often a watchdog against local governments that have been more likely to engage in wasteful spending when local media shutters.  Lastly, local news prevents the nationalization of issues.  So, while 71% of Americans remain in blissful ignorance of the challenges that many avenues of local news have faced, perhaps the innovations and investments by certain companies in this space might save those who rely on local news from a rude wake-up call.