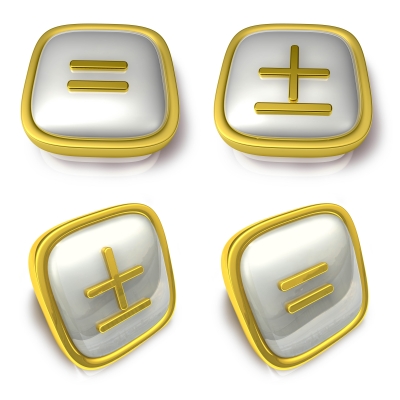 Ever since the end of the Great Recession a few years ago, there has been much written about the lack of both economic growth and inflation. Much of this coverage mentions that the post-recession recovery is much slower than the recovery of past recessions of the late 20th century.

I find this viewpoint reflective of what I call legacy thinking.  If you have ever heard me speak in the last three years, or read "Entering the Shift Age," you know this term.  Legacy thinking is simply thinking thoughts from the past, usually from the last century, which are no longer valid but are held onto as they used to be true.  Expecting robust mid-single digit increase in GDP growth and inflation post-recession goes into this category of legacy thinking.

Here are the macro forces that have altered reality and made both slow growth and low inflation the new reality.

The Great Recession was Global

The Baby Boom generation is largely unprepared for retirement.  First the tech bubble and then the real estate bubble eviscerated much of the wealth and therefore savings for the retirement of this generation.  So as we boomers age we are dramatically cutting down on spending.  Since we are a large generation, this downsizing and cutting of spending influences economic metrics of growth and inflation.

The Millennial generation has shown that it is much less materialistic than prior generations.  This is due both to graduating college into a recession that has not been kind to them and to a more experiential lifestyle.  This generation looks at the Boomer-created Great Recession and sees that the system didn't work.  They are going on a different path of frugality, not buying new cars, big-ticket items or starter homes as had the Boomer and GenX generations.

Thrift is the New Cool and Less is More

These two trends began in the 2008-2011 years and have not ended.  I coined the phrase that the Great Recession was the "too much stuff recession" back in 2010. We all realized we had purchased clothes we had never worn, books never read, DVDs never watched, second or third homes we didn't really use. We had too much stuff!  So we got rid of a lot of it.  The number of thrift stores in the U.S. is up dramatically since 2008.  Buying used stuff is more acceptable than ever before, not shopping unless stuff is on sale is expected behavior.  Having less stuff, particularly with the above-mentioned generations is what is now desirable.

Stop and reflect on your own buying behavior and how much stuff you have versus eight years ago.

The Internet has disintermediated many industries, lowering costs by eliminating the middle-man or intermediary. This has been accelerated in recent years when online-only companies create web sites where full product categories can be comparatively shopped.  Access to information and competitive pricing will obviously be anti-inflationary.

The Internet has allowed consumers to cost compare products and services globally and not just be held hostage to their local markets.  This drives down prices.  The greatest example of this is Amazon.  Amazon.com is one of the most accessed sites that Americans look at when shopping in physical retail.  Consumers find something they like in a store and then see if it is cheaper on Amazon.  If you are a Prime member as I am the answer is simple; always check out Amazon before making any purchase as shipping is free and the prices are almost always lower.

The Internet allows people who are freelancers to compete globally.  A talented person living in a low cost country or location or with an immediate economic need can successfully compete with the local person.

So the Internet allows for global price competition, which keeps inflation in check.

On the economic growth side of the equation, the Internet has had a profound effect.  It has made the Industrial Age metrics of GDP out of date.  If I am stuck in rush hour traffic, the excess gasoline I use adds to the GDP.  If I send a book manuscript to be published as a PDF file over the Internet that is not measured.  The GDP metrics developed in the 20th century largely are based upon physical consumption.

Much of digital content is free. Most of physical content was not.  When taking an online course, there of course is the cost of the course and the materials that go with it.  Gone are the costs of transportation, fuel and parking to get to the classroom all of which would have contributed to the GDP. Costs and physical contributions to the national GDP have simply gone away.

So we now live in a new world of lower costs and therefore lower inflation.  We live in a new world that is in fact growing economically but our old metrics no longer can accurately measure it.  So the "slow growth" may or may not be the reality.  Until we fully find ways to measure all the new Internet based economic realities, we will continue to be subjected to the consternation and hand-wringing views of economists and even more so politicians whose view of reality is from the past, certainly not the present, let alone the future.

The one area where we seem to have a clear direction of new values and worth is in the market cap of the major Internet based companies such as Apple, Google and Facebook.  All are much more valuable than those large industrial age companies of the past.