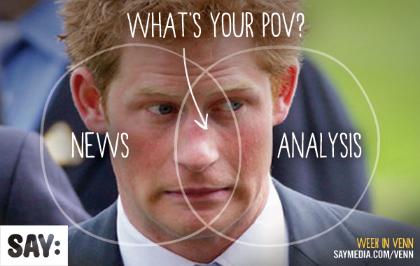 The real-time Web has opened an opportunity for anybody to inject ideas into a breaking news story and generate tons of media coverage. I've been a communicator for two decades, and I have never seen a technique as powerful as what I call newsjacking. But it relies on a communication speed that most organizations reserve only for crisis communications.

As journalists scramble to cover breaking news, the basic facts are often easy to find. That's what goes in the first paragraph of any news story. The challenge for reporters is to get the "why" and the implications of the event. Competitors may quote some expert's speculation on the real reason, but a reporter can't cite that without adding something self-demeaning like "according to an expert quoted in the Times." Journalists need original content—and fast.

If you react to breaking news very quickly, providing credible content in a blog post, tweet, or media alert, you may be rewarded with a bonanza of media attention.

Imagine you're among the first to know that a huge company is about to acquire one of your competitors. What would you do right now? Not tomorrow. Now!

When Eloqua CEO Joe Payne learned that Oracle, a software giant, was to acquire theassets of marketing automation company and Eloqua competitor Market2Lead he realized he had a tremendous opportunity. He wrote a high-level blog post that talked about what the acquisition meant to the market. And it was picked up quickly. News organizations wrote their own stories, and quoted the post as if they had done an interview with Payne. As a result of this real-time market commentary, Eloqua became an important part of the resulting stories published in outlets that included BusinessWeek, InfoWorld, and other key publications.

Newsjacking opportunities can turn up in unlikely places. Remember the naked Prince Harry in Vegas tabloid item, one of the most searched and discussed cell phone photos of all time? Lots of people tried to newsjack the stories of the Vegas romp. While most attempts went unnoticed, several were highly successful. The location of the photos was the luxurious Encore Wynn Hotel. The owner of the hotel, Steve Wynn, publicly waived the tens of thousands of dollars hotel bill, which got the Wynn into 3,657 stories (by Google News count). The UK's Daily Mail Living like a king: Prince Harry's £30,000 hotel bill 'waived' by Vegas billionaire is essentially a huge, free advertisement for the luxury Wynn, complete with descriptions and photos of the property and royal suite.

This a perfect example of newsjacking success. For the price of waiving a few hotel nights, the Wynn gets mentioned in thousands of stories. This isn't the first time Wynn has done this successfully – they also did this with famous party girl Paris Hilton. And there are lots of other smart (and less salacious) examples.

You can newsjack, too.

But you've got to follow the new rules of speed. The traditional PR and content model—sticking closely to a preset script and campaign timeline or editorial calendar doesn't work when a story breaks.

Newsjacking is powerful, but only when executed in real time. It is about taking advantage of opportunities that pop up for a fleeting moment, then disappear. In that instant, if you are clever enough to add a new dimension to the story in real time, the news media will write about you.

David Meerman Scott is a marketing strategist,bestselling authorand creator o fWeb Ink Now. You can read our interview of himhere.