"The Masked Singer" Made Masks Hot Before They Were Cool 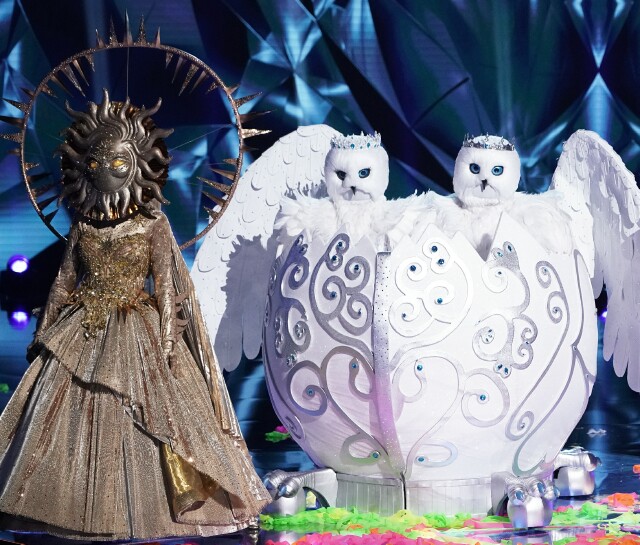 Long before wearing masks became pedestrian, Fox's The Masked Singer celebrated them. It's attracting the network's largest multiplatform audience this season, averaging 11.5 million total viewers each episode. When the fourth season launched on Sept. 23, it became the most-watched entertainment show on a premiere week in the network's history. And, it ranks as the top show on Wednesdays this season. But would this juggernaut have happened had Craig Plestis, executive producer, eaten at home?

A couple of years ago, after a particularly trying day pulling long hours on another show, Plestis wanted a respite, so he called home and suggested to his wife and daughter that they all go out for dinner. The family went to a favorite Thai restaurant in their Studio City neighborhood, where Plestis positioned himself away from the TV, which was tuned to a Korean network. "The last thing I wanted to do was watch more TV," he told MediaVillage during an exclusive interview. "But my daughter said, 'You have to look at that!' No one was eating! [Everyone was] watching a black leather kangaroo singing a U.S. pop song, and you could figure out right away what it was. It was so strange. This was a focus group because no one was eating."

Shortly thereafter, the executive producer who brought America's Got Talent to NBC and knows a sustainable hit when he sees one did what everyone does with a question: He Googled it. After learning The Masked Singer originated in South Korea, Plestis called his agent. "I would like to say it took forever to get the rights, but it was actually pretty quick," he said. "I called up Rob Wade (Fox's President, Alternative Entertainment and Specials), and over the weekend I finished up everything and went in and presented to him. I told him, 'You will love it! Or say, ‘What the hell?' and kick me out of your office.' Rob saw the brilliance of it."

The premise of The Masked Singer is simple. A panel listens to masked singers (a term loosely applied to some) and tries to figure out who they are based on the person's voice as well as hints woven into the contestants' intros and the costumes themselves. While the premise can be stripped down to these basics, the show is "all about spectacle, larger than life," Plestis said. "It was something fresh for TV. It wasn't a derivative format."

Naturally, this season, by dint of the pandemic, is different from the others. Previously, the studio audience voted off singers. Now, the home audience does so. Speaking of which, if the screaming crowds of people working themselves into a frenzy screaming "Take it off!" look familiar, they should. They're from seasons past. In part, anyway.

"In these COVID times, it really pushes us to be as creative as we can," Plestis said. "That is a virtual audience. It is an animated audience of live shots that we use, and close-ups are from previous seasons. We wanted to give everybody the perspective of watching a current and live show." 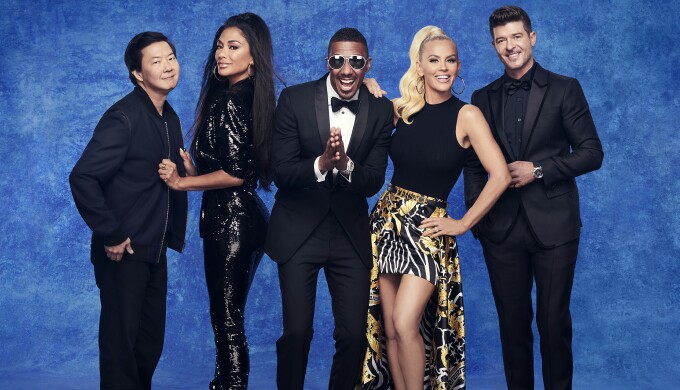 In another move to ensure that safety comes first, commentators Robin Thicke, Jenny McCarthy Wahlberg, Ken Jeong and Nicole Scherzinger are seated farther apart. That isn't a problem, given their strong chemistry, which can bridge any gap. It's a quality that tracks back to the beginning of it all. "We needed to make sure they got along like a family at Thanksgiving," Plestis explained. "We wanted them to argue but still love each other when the dinner was done.

"Each has their own superpower," he continued. "Robin is the man with the ear of gold. He can listen to the voice and figure it out. He loved this idea. He used to play with his son, and they would listen to cartoons and figure out who the voice was. Jenny is our pop culture guru; she reads everything and knows everything about pop culture. Then you have Ken, who is comedy beyond belief and someone who wants to do well but keeps missing the mark a little bit. Nicole is a phenomenal singer in her own right, and she knows everybody. She'll say, 'It can't be that person; I just had dinner with them the other night.'" (Ken, Nicole, Jenny and Robin are pictured above, left to right, with host Nick Cannon at center.)

"I was an outside of the box choice," Jeong told MediaVillage in a separate interview. "To this day, I don't take that for granted, and I have now shared the stage with Robin Thicke and Nicole Scherzinger, who are incredible recording artists. They are absolutely amazing in terms of their musicality. It is just a chemistry thing, I suppose. I think we just got incredibly lucky. Somehow, we all fit, and it's hard to describe why."

"My mom, who is Korean although she lives in America, watches a lot of Korean television," he explained. "She had told me about The Masked Singer, so I had the benefit of seeing some of the Korean episodes, and that gave me some insight even before I signed on. Being one of the panelists, understanding the tone is important. You don't take yourself seriously, but you do take the game seriously."

The costumes are also taken seriously. It takes a lot of work to make a jellyfish or a space alien or a happy banana. The outlandish get-ups are the result of design and artistry, with clues crafted into costumes.

"In my eyes, it is being unique and imaginative, something very intriguing with the details we put into every costume," said costume designer Marina Toybina. "It is costume before casting. I have this amazing creative freedom from the network to come up with innovative ideas, [though] I do get certain notes about repetition of colors I might have to tweak. We look at the broader scale."

Plestis knew from the moment he saw those elaborate costumes on the TV in the Thai restaurant that this concept was adaptable and promising.

As our conversation came to a close he considered what might have happened had his family gone to a different restaurant that evening. "If I had wanted Indian food or Italian food," he said, "I would not be where I am today."

The Masked Singer is telecast on Fox Wednesdays at 8 p.m.