The Mediapalooza is the Message Says the DPAA 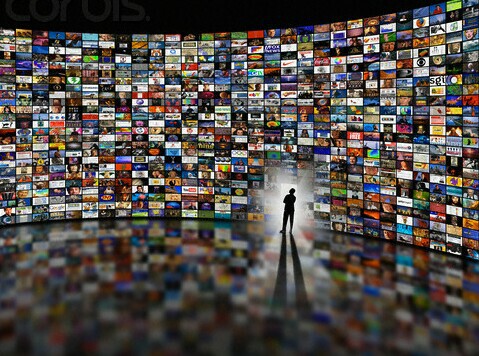 If you think that the television space has undergone change in the past few years, you haven't seen anything yet. In the world of out-of-home (OOH) digital placed based media, the impact of digital technology arguably surpasses all other types of advertising media. Which is why attending the annual DPAA conference in New York City is so important to understand the pervasiveness and effectiveness of digital messaging on consumer behavior. "It is a great time for video," exclaimed DPAA president Barry Frey yesterday at the conference. "The world is changing, disrupting, fragmenting and shifting like tectonic plates. Technology is forcing change upon consumer habits which is foisting change on media habits. It is a Mediapalooza!"

Indeed, now we can receive content and messages when we pump gas in our car, sit in a movie theater or a nail salon, shop at a bodega or in a mall, use a vending machine, ride in an elevator, take a taxi or Uber car or visit a doctor’s office. There are many new streams of data available through such novel sources as vending machines, airports, stadiums and gyms. The opportunities to reach consumers at every point in their day wherever they are makes for new collectable datasets that can lead to an all-encompassing view of their behavior.

Currently “forty-one percent of OOH is digital,” according to DPAA Chairman François de Gaspé Beaubien -- and this is poised to increase over the next few years. Looking ahead, Frey predicts that "by 2017 more than half of all OOH revenue will be digital and 10% bought programmatically. There will then be a steep curve towards programmatic.”

So where is all of this disruption leading?

Rishad Tobaccowala, Chief Strategist for Publicis Groupe, mapped out three areas of massive change: Globalization (which he deems “unstoppable”), Demographic Shifts (noting that the average age in Africa is under 21 and the aging of China led to the reversal of the one child rule) and Digitization (which is driven by phones that today have “1000 more processing power than in the first space shuttle.”)

Tobaccowala reprimanded marketers who, he said, “have to learn how to market. They haven't done so in 30 years. Eighty percent of what marketers were doing was logistics and managing revenue points.”  Relying on comparing yourself to a traditional set of competitors is risky because “threats and opportunities come from the outside,” he added. Take, for example, the iPhone. “When iPhone came out Nokia and Blackberry did not take it seriously because it had no keyboard and, anyway, what did Apple know about phones?” Tobaccowala recalled. “If you don't take people seriously, things happen. Benchmarking against other pathetic people doesn't make you any less pathetic.”

Forget Data Ownership. The Secret to Success is Storytelling

And the lure of owning your data? Tobaccowala is unimpressed. “Owning data alone will be obsolete,” he said. “It is how you access data, not own it. It is the algorithms. Owning is so 1980s.” The secret to success is storytelling. “We have to recognize that we are talking to humans. Storytelling is very, very important. And mobility is also important.” He concluded, “Change sucks. The more things you want to stay the same, the more you have to change yourself. How do we change the people? We need to learn to collaborate.”

Lori Hiltz, CEO of Havas Media, spoke of the “complexity of our business where the largest retailer does not own a store, where families are connected and disconnected at the same time and where technologies shape the dynamics of the new us.”

Despite rumors to the contrary, David Sable, Global CEO of Y&R asserted that, “TV is not over. Cinema is still strong. They say that print media is dead but catalogs are having resurgence.” He also refutes the theory that as media gets fractured, TV audiences will likely get smaller. He said, “How do you define TV? We are watching more video than we have ever watched in the history of mankind. We are watching for longer and longer time. There are more screens and more shows to watch. In 1999 there were 26 series to watch. In 2014 there are 1715 series available to view, not including short form video.”

The Future is Expansive and Expensive

“Let’s set the record straight,” Sable advised. “The narrow definition of TV is digibabble. As Michael Wolff wrote in his new book, TV is the new TV. It is simple. Think about the entire ecosystem. Twitter doesn't kill TV. It makes it better.” The idea that content can be free is unsustainable, he said. “The future of free is dismal and not sustainable. Advertising pays for content. There are three ways to access content: steal it, pay for it or watch ads.” Sable warned, “NFL contracts are up in 2022. That is when the next big change will happen. That will be the next huge inflection.”