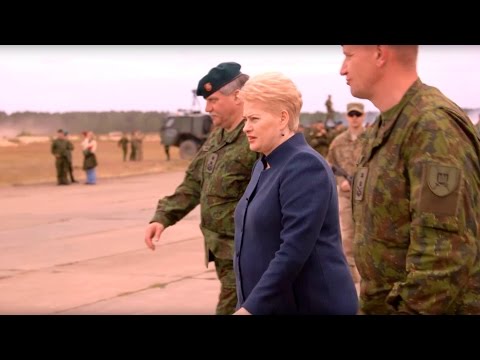 Inspired by Jack Myers' new book, The Future of Men: Masculinity in the Twenty-First Century (out now!), this is a weekly blog focused on gender equality. This week, millennial men point to an identity crisis, Bloomberg release a Gender Equality Index for banks and America's angry blue collar men.

Amidst a discrimination lawsuit against former JWT CEO Gustavo Martinez, or what Adweek aptly calls "Regrettably Awkward Timing," JWT Worldwide has released a new "Female Tribes" insight study that corresponds with an initiative to celebrate women in various industries worldwide, Adweek reports. The global study spanned nine countries, including the US, UK, China, and Brazil, and documented responses from 4,300 women between the ages of 18-70. Some notable insights include: 58% of women say that role models in TV or film have inspired them to either be more assertive or more ambitious; 76% of women globally felt it had never been a better time to be a woman; 74% said their work was linked to their sense of self; and 86% said that femininity was a strength and not a weakness. As a result, JWT created 20 "tribes," which aim to shed traditional stereotypes and highlight trends of female progress, Rachel Pashley, Group Planning Head of JWT explained to Elle UK. Watch the corresponding video and check out additional research on the campaign's website.

This week, Bloomberg unveiled a new index, called the Bloomberg Financial Services Gender Equality Index (GEI), which reveals what financial companies are doing to support gender parity, Fortune reports. According to Angela Sun, Bloomberg LP's head of strategy and corporate development, the initiative emerged out of demands from investors, who are increasingly considering gender equality data in their investment decisions. This should not be surprising; research has long pointed to diversity as a driver of business, including a 2015 report which found that female CEOs in the Fortune 1000 drive three times the return of companies run predominantly by men. Companies included in the survey were required to have a market capitalization of at least $15 billion. J.P. Morgan, Bank of America, Citigroup, MetLife, and Visa were among the companies to come out on top. Notably, women made up 26% of GEI company board members, compared to a 12% average across the financial services industry.

"There Is an Identity Crisis for Twentysomething Men": What Does it Mean to Be a Man Today?

After a fascinating interview with award-winning artist Grayson Perry, who recently debut a television documentary series on modern manhood, The Guardian asked their millennial male readers to weigh in on what it means to be a man in today's world. As to be expected, the responses were vastly different. Like 40 percent of US children who grow up in fatherless homes today, London native Asher Baker, remarked, "I learned everything from my mother." He continued, "Some may see that lack of a male role model during my formative years as a pretty big disadvantage, but I couldn't disagree more…. Schools don't teach children not to catcall, or about gender pay gaps, or about institutional homophobia – I learned these things from my family." Twenty-nine-year-old Luke Huston pointed to an identity crisis among millennial men adapting to new gender norms: "Some women claim to want a 'real man', yet we are also told to be in touch with our emotions. The former alpha male-type behaviour is glorified by other men, leading to the rise of "lad culture", which I detest. The latter can equally lead to ridicule among peers. There seems to be an identity crisis for twentysomething British men – no one really knows what the ideal is, what to aspire to, where the lines are. It's all very circumstantial." Most expressed similar sentiments, pointing to the confusing, challenging, and conflicting realities of being a man today. Check out the link above for more stories.

Are American Men Being Left Behind?

An in-depth story from CNN Money this week examines the plight of America's uneducated, blue collar, white men – and, you may have guessed it, their affinity for Republican candidate Donald Trump. According to federal data, nearly 25% of men without college degrees are unemployed and many, having lost manufacturing or labor-related jobs, are not even looking for employment. What do these rising unemployment rates lead to? A lot of anger and frustrations that Trump has successfully tapped into, CNN uncovered after examining Scioto County, Ohio – a place where only 53.8% of men ages 16 to 64 are employed. In Scioto County, steel mills and railroad companies are quickly shutting down or enacting large layoffs, leaving blue collar men without the education or training to succeed in today's economy. While a decade ago a college degree wasn't required to earn a decent wage and workers could make up to $35 an hour that is simply no longer the case. Only 14.4% of Scioto Country residents have a college degree, leaving many men without job prospects and feeling left behind. Read the full article for profiles on these men and their families.

These Bedtime Stories Trade Princesses for Women Who Changed the World

The Important Statistics That are Missing From Most Diversity Reports

Deutsch "No Longer Going to Invest in Diversity," Says Former Head of Program