The Miracle of "A Christmas Story" -- Walter Sabo 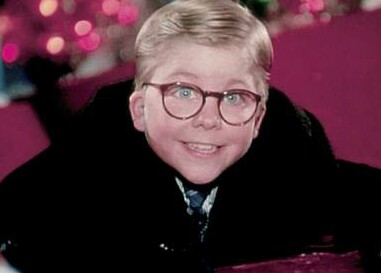 The movie A Christmas Story is based on the synthesis of dozens of radio monologues created and delivered by Jean Shepherd. Jean broadcast on WOR New York from 1958-1975. His nightly monologues were not bedtime stories. They were subversive proclamations, challenging authority wrapped in imagery of American traditions.

You can hear pristine air-checks of Shepherd here.

Jean worked without a script, but with massive preparation. Some of his shows took months to come to fruition in his imagination. He recorded every show.

The importance of Shepherd's work is that it was not on NPR or an obscure station. WOR was the No. 1 station in audience and revenue in America through most of his reign. It was a talk station that appealed primarily to women -- about 70% of the cume was female. About 70% of the hosts were women. There were many other dominant talk stations at the time that appealed primarily to women such as KMOX, WCCo, WGN and WBZ.

Shepherd's audience was young, more male. His show often presented a youngster's perspective on the idiocy of authority, success, day-people and capitalism. He bashed advertising, radio, television and anything that was mainstream or plastic. In other words he trashed, on every level, the success of his employer, the No. 1 radio station in America owned by General Tire and Rubber.

He did that every night.

Shepherd's Christmas show broadcasts are the basis of the iconic movie that he narrated, A Christmas Story. The miracle is that those stories got on the air. His show was consistent with the station in ratings delivery but did not outperform the station. Its subversive content generated complaints from advertisers and listeners. He only had one or two show-specific advertisers.

Through my work, I developed a relationship with the management of RKO General, owners of WOR. I asked the GMs of WOR and the Chairman of RKO why -- with the complaints, lack of advertisers or big ratings -- they kept Shepherd on the air for decades.

I heard these words from those pragmatic businessmen: "We knew it was great radio."