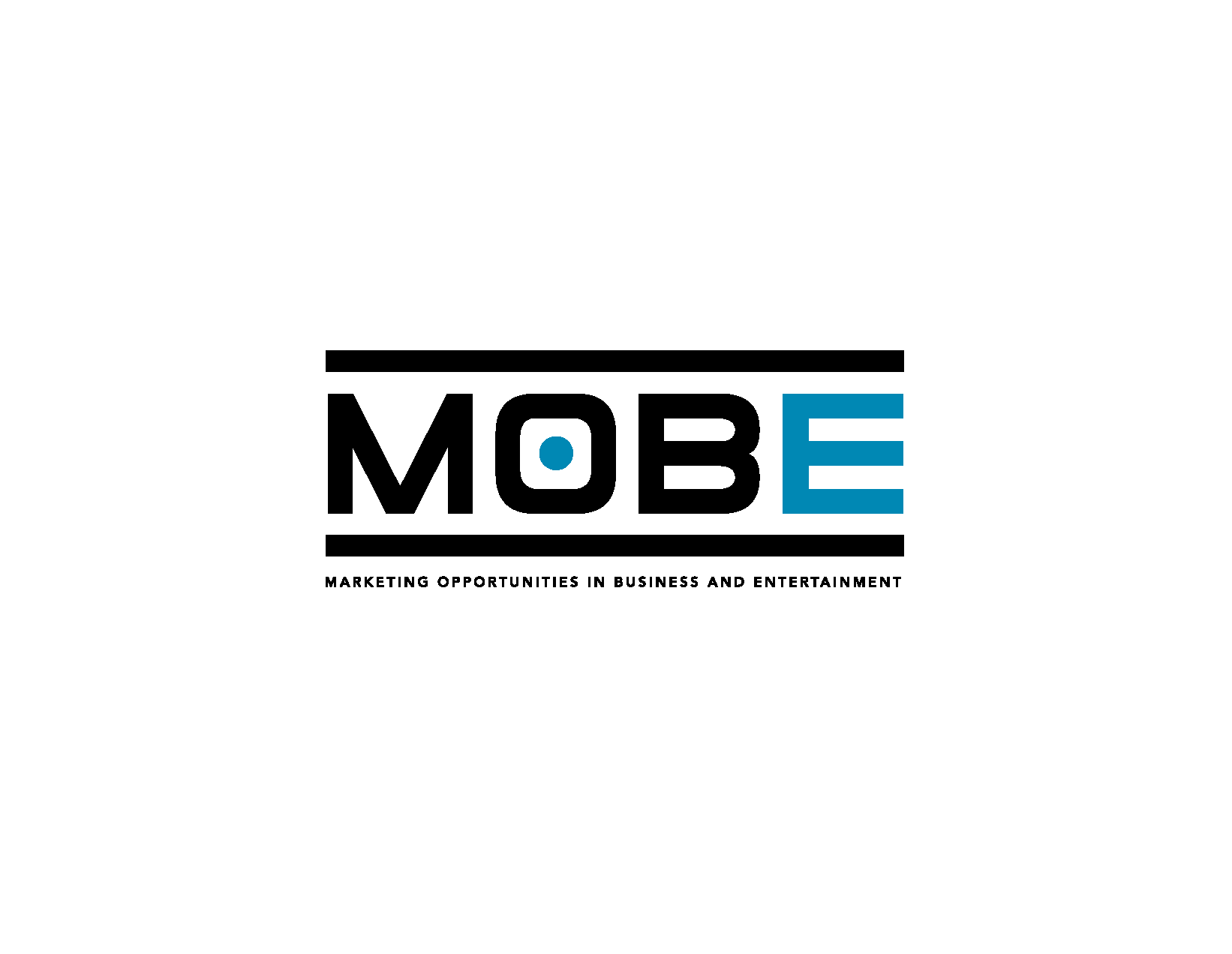 MediaVillage and AdvancingDiversity.org have partnered with MOBE to present the panel discussion "Double Bind or Double Opportunity?: Navigating Age and Ageism in Multicultural Marketing" on Monday Dec. 7, 2020. The session will be Live on Facebook on the #MOBESymposium page, facebook.com/MOBESymposium and on the YouTube channel, MOBE Symposium. MOBE’s importance and legacy has never been more essential and we explore that below.

Over one hundred years ago, a majestic 34-room Italianate mansion was built just north of Manhattan along the Hudson. That was nothing new, as in the 18th and 19th centuries, the lush waterfront landscape along the Hudson River attracted New York's wealthiest families—the Vanderbilts, Rockefellers and others, who built opulent Gilded Age estates. What was almost unheard of was that this particular estate belonged to an African-American female entrepreneur --and as the New York Times reported at the time, the local town was flabbergasted to the extreme, exclaiming: "'Impossible! No woman of her race could afford such a place.'"

That was in 1917 and today with the scourge of COVID-19, America's racial wealth gap is widening with deeply ingrained prejudices still insidiously prevalent in our workplaces, in education, in investor financing, in health and yes, still in homeownership.

The 1917 mansion was commissioned by beauty mogul, entrepreneur, philanthropist, and activist Madam C.J. Walker, widely considered America's first female self-made millionaire. But she started from humble beginnings, as Sarah Breedlove, the daughter of enslaved parents, and after suffering from hair loss, she developed a hair-care product specifically for Black women, which she started selling door-to-door.

Like Walker, Yvette Moyo, founder of MOBE (Marketing Opportunities in Business & Entertainment), also started her career as a door-to-door salesperson, selling the Blackbook, which was a resource listing a curated collection of black owned businesses. Since 1992, Moyo and her team have tirelessly built MOBE (pronounced "moe-bee"), which has served as a highly connected launching pad and connection hub for Black corporate leaders, entrepreneurs and corporations across marketing, tech, sports and entertainment. MOBE has partnered with iconic leaders from John Legend, to Daymond John from Nina Henderson (former president & COO, BET Pictures) to Collette V. Smith (first female coach, NY Jets). 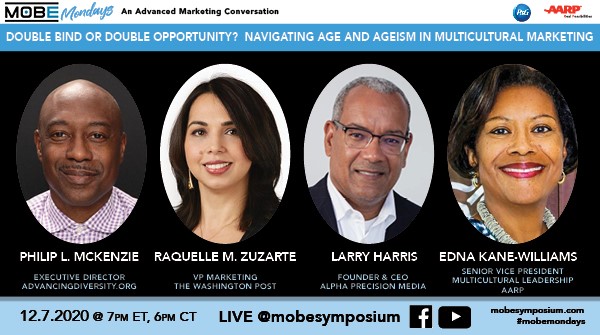 A signature event platform is the annual MOBE Symposium (now a virtual series due to COVID), led by former BET & ESPN executive, Curtis Symonds, who is being inducted into the Broadcasting and Cable Hall of Fame in September 2021, describes it as a "power packed networking event that has launched careers, grown businesses and created an ecosystem of connection". Symonds continues to create strong ties between the upcoming generation of leaders from HBCUs and the powerful MOBE network.

Through much foresight, fast decision-making and strong team collaboration, the April 2020 conference was canceled in March and the #MOBEMondays series was launched. Moyo insisted "this was the way to go and within a month after the cancelation, the series, which has since attracted almost 100,000 viewers, was a destination for veteran marketers, entertainment executives and innovators". #MOBETuesday sessions were added and the #onlyatMOBE hashtag heightened the level of conversation around DE&I, the potential and the myth and even the term #BuriedAlive was coined to communicate the experience of some Black executives in corporate America today. Sony, OWN, Urban One, AARP and P&G are just a few companies engaged in these crucial conversations. Moyo shares optimistically "in a sense, these weekly forums serve as a balm for the injured due to structural corporate racism and we've 'lost' many corporate executives to entrepreneurship, thanks to the financial freedom MOBE's business owners demonstrate during our forums. MOBE is a great landing pad for new businesses and established businesses looking to reinvent themselves"

A Growth Playbook with Practical Steps for Success

According to Moyo, what makes MOBE different from other national networking and trade organizations is the emphasis placed on "practical, real-life business lessons from the trenches" — captured by the 'how to' and 'when' of a more personalized coaching approach, that is offered by the MOBE Master Series. From case studies to the 'anatomy of success videos, the founder once called the work The MOBE Institute, providing their members with a growth playbook and support network that is essential for success.

For brand marketers interested in super-charging their multicultural efforts , whether as a start-up or a global multinational, the MOBE Institute unveils the competencies and skills-sets for leadership excellence, while underscoring the cultural forces that shape how Black consumers think, act and embrace products in the marketplace. Revlon, General Mills, Coca-Cola, Ford and GM have presented showcases in the past to connect with the best and brightest and MOBE believes now is the perfect time for leading brands to demonstrate their appreciation for Black-owned ingenuity, initiative and excellence.

With nearly 50 million Black people in the US, spending more than $1 trillion a year in the marketplace, it is critical brands demonstrate cultural competence to relate to this market segment and successfully uncover unmet needs.

MOBE offers a robust platform for not just entrepreneurial new ideas to be tested and showcased, but it also offers a stage for established products to uncover what will unlock Black consumer interest -- in other words, the key question is: do you have a solution to a problem that is urgent for this segment?

Sita Lewis certainly believed she did, with her creation of her signature Mama Sita "Miracle Butter Cream", which was triggered by the eczema irritations her NYC inner-city high school students suffered. According to Moyo, "Lewis understood the problem and created a solution that was differentiated and spoke to the specific experiences of her consumers -- that is cultural competency." With the power of the MOBE network, Sita had an opportunity to meet Kevin Miller, CMO of Fresh Market. She is in discussion for distribution across a majority of the 176-store Fresh Market grocery footprint and he introduced her to brokers and supermarket savvy Black professionals to accelerate her success and that of an additional five Black-owned brands. Their meeting was the result of an energetic MOBE Mondays webinar panel that Kevin, who Moyo calls a MOBE alum, participated in, carefully curated by former Walmart executive, Gwen Kelly, who is a long-standing member of the MOBE leadership team, which includes executives from ESPN, BET, Time Warner, AOL, Verizon, WCBS, Walmart and Prudential and market leaders like Pepper Miller, author and Black consumer insights expert. In fact, at recent MOBE Symposiums, Prudential served as a major sponsor with the support of Dorinda Walker, former vice president of cultural insights and activation. Today, MOBE's corporate sponsors are AARP and Procter & Gamble, participating as corporate sponsors for the past few years. In addition to the MOBE Symposium, MOBE Mondays as a biweekly series, keeps members connected and showcases thought leaders in multicultural marketing, cultural proficiency and growth strategies.

By creating an open and transparent ecosystem of mutually beneficial relationships, MOBE has provided a powerful launching pad to seasoned as well as new brands and start-ups, resulting in $200 million in value tracked during the first dozen years since 1992, as a result of ideas, and a culture Moyo created to endure relationships and collaborations that were conceived during MOBE interactions. One example is the relationship between BET and Nabisco orchestrated by Symonds after meeting with Ron LeGrand, former director of multicultural affairs at Nabisco, during a MOBE Symposium. Per Symonds "MOBE connected the dots, driving dollars and ROI, for both our organizations"

As our nation faces the most important racial reckoning of our time, organizations like MOBE are a beacon of light that can help corporations, individuals, and governments to break down systemic racism by creating economic opportunity. However according to Symonds and Moyo, "people now must recognize what we bring to the table; a Black-owned base of thought leadership and accomplishment, an authentic voice". This new interest in MOBE is developing through robust marketing, word-of-mouth support and corporate sponsorship resources.

Today, with the Black Lives Matter movement, there is greater recognition of the rich mosaic of the Black experience and the contribution of Black leadership across business, politics, entertainment and popular culture. The next step is decisive action and authentic connections to unlock the opportunities of this important $1.4 trillion consumer segment, through learning, education, inclusive messaging and shared resources.

The road ahead will not be easy, given the systemic racism that still plagues our country, but as Madam CJ Walker reminded us a century ago: "I had to make my own living and my own opportunity. But I made it! Don't sit down and wait for the opportunities to come. Get up and make them." MOBE accelerates this journey to opportunity and it is our responsibility to provide MOBE members and all BIPOC consumers, with a level playing field and equity of access for financial empowerment, self-actualization and above all, human dignity.