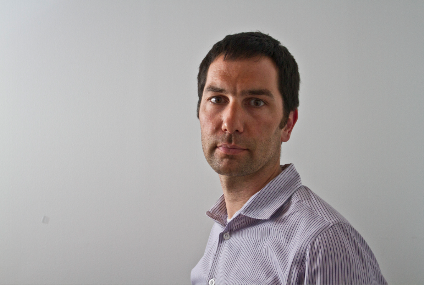 Excitement continues to grow around DSP technology and its influence on mobile advertising – in particular, as a catalyst for better targeting of ads to consumers via the mobile channel, and also as an enabler for Real-Time Bidding (RTB) for inventory. DSPs give advertisers better “real time” insights into mobile audiences, allowing them to serve more accurate and targeted adverts to consumers according to precise criteria such as end-user demographics and behavioral data. This in turn leads to more efficient and cost-effective use of mobile ad inventory by advertisers and brands.

Real-time ad serving has been used in the fixed online space for the last decade, but is still relatively new in mobile. And there are important differences in how it is used in mobile compared to fixed. Unlike in the fixed space, an advertiser or agency cannot track a user’s online behavior and activity using cookie files in the mobile space. To overcome this, the advertiser uses a DSP to identify and learn traffic models that lead to certain types of end-user activity, such as an app download, viewing a video or any LTV event.

This type of predictive analysis of end-user mobile traffic, plus the ability to access mobile ad inventory in real-time with extra layers of targeting, requires processing and modeling of vast amounts of data in real-time, which can only be provided by DSPs.

In addition, the rise of mobile ad exchanges - virtual marketplaces in which publishers, developers and ad-networks trade ad inventory between one another in real time – is yet another reason why advertisers and agencies will increasingly invest in DSPs in 2013.

More importantly, DSPs provide to the brand or advertiser far greater transparency into what inventory they are purchasing, on which sites and in which apps their ad has been displayed, and when. Having this type of in-depth information readily to hand lets advertisers understand and measure how successful a campaign and its related media purchase strategy is in reaching the intended target audience or audiences.

From a campaign management perspective as well, by consolidating and presenting this potentially bewildering amount of data into a single interface, a DSP makes it easier for a media buyer to manage a campaign, without having to rely on a variety of reporting systems from numerous ad networks.

In contrast, thanks to DSPs and RTB, mobile ad networks can now become smarter, with more built-in intelligence. The more precise “real-time” targeting of audiences, plus the improved reporting and analysis enabled by DSPs, is changing how brands, advertisers and agencies purchase mobile inventory. The result is that they now have greater control over the purchasing process, and can reach specific consumers more accurately with relevant ads.

The advantages and benefits of DSPs to mobile advertising are therefore clear. However, it’s too early to celebrate DSPs for their role in forever changing mobile advertising for the better. Not all the necessary components are in place for this to happen. The main challenge to address is scalability: there simply isn’t enough RTB ad inventory available on the market right now for DSPs to dominate the mobile ad eco-system in the way that we expect.

A DSP’s sophisticated algorithms for modeling and analysis can only achieve so much when there is a limited amount of mobile ad space to work with. This is almost certainly set to change, however.

In contrast, PC shipments continue to slide: Gartner forecasts a 7.6 per cent drop in PC shipments from 341 million worldwide in 2012 to 315 million in 2013 – the result of consumers shifting away from desktop PCs to mobile devices as their principal computing device.

We can therefore expect a rise in mobile ad inventory to accompany this trend. And as more mobile ad space becomes available, so too will the role of DSPs and RTB grow and evolve. For the time being, however, DSPs only represent a small percentage of total campaign spend.

Eric Mugnier is Senior Vice President of M&C Saatchi and leads the global marketing agency’s presence in the Americas. He has vast marketing experience having worked with a number of major global brands over the last decade.

In 2006, Eric joined the founding team of Inside Mobile, established to provide international brands mobile marketing solutions with a creative edge. As one of the first purely mobile focused marketing and advertising agencies, Inside Mobile was viewed as visionary in the industry and Eric has played an important role in this. Eric has worked across all areas of Inside Mobile’s business with a particular focus on managing technology and strategy. By 2010, following a track record of award winning successes, Inside Mobile was sold to M&C Saatchi and rebranded M&C Saatchi Mobile.

Sr. Vice Presidnet M&C Saatchi Eric Mugnier is Senior Vice President of M&C Saatchi and leads the global marketing agency’s presence in the Americas. He has vast marketing experience having worked with a number of major global brands over …