The Myth of Sports Viewing and Time-Shifting - Alex Petrilli-TiVo 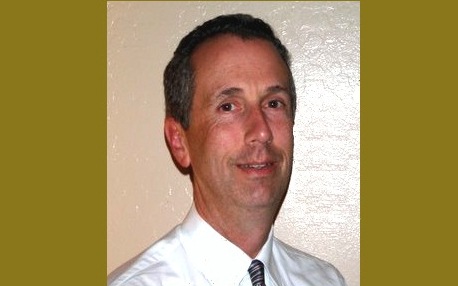 Year after year, television's biggest event is an NFL game. In fact, four of the top ten highest rated programs of all time are Super Bowls.

However, there are scores of viewers watching these games who don't care if 103.6 is Drew Brees' passer rating or his credit score. So what compels them to watch if they aren't avid football fans? For many, it is simply to watch, rate and discuss the commercials. Of course, with those ads come the need to hit the pause button and say, "You have to come see this little boy in the Darth Vader costume!"

By hitting the pause button, television's biggest live event is transformed into a time-shifted viewing experience. According to TiVo's Stop||Watch rating service, which analyzes an anonymous daily sample of more than two million TiVo subscribers, 41.4% of the viewing for Super Bowl XLV on February 6, 2011, was time-shifted, which is slightly below the second quarter 2011 average of 42.5%. However, the Super Bowl is once a year and that surely can not apply to all sporting events. Let's dig a little deeper… and please don't call me Shirley.

According to a reporton Sports Business Daily, July 27, 2011, "Sports industry execs feel that when it comes to TV coverage of the Olympics, the ability to watch live events regardless of the hour of the day is important, according to a Turnkey Sports Poll taken in June." TiVo's Stop||Watch data for the 2010 Winter Olympics in Vancouver revealed that 38.3% of NBC's primetime telecasts were time-shifted. Perhaps Sean White's Double McTwist 1260 in the half pipe event looks better the second time around and the third time… 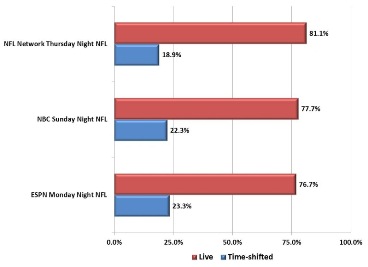 Broadcasting and Cable's Jon Lafayette reported on October 31, 2011 that, "Sports in general, and NFL football in particular, are popular with advertisers because they generate high ratings and are mainly watched live." Our analysis of the 2010 NFL season shows that one-fifth of the nationally televised NFL regular season games were viewed in a time-shifted mode.

In an article published in the Hollywood Reporter regarding the sale of the Dodgers it was reported that, "… sports TV rights have become even more valuable in recent years because fans want to watch games live, unlike almost any other TV programming, whose ad value has been diminished by DVRs." Let's take a look at some other sports during the past year: NBA Basketball on ABC – 22.5% time-shifted; NASCAR Racing on Fox – 35.8%; PGA Golf on CBS – 24.4%; and PBA Bowling (yes, it's still on TV) on ESPN2 – 41.3%.

As you can see, the myth of live sports viewing is the live part. Did he make that catch inbounds? Pause-Rewind. That's fan interference! Pause-Rewind. No way, did he pick up that split? Pause-Rewind. Is that Jack Nicholson sitting courtside? Pause-Rewind. Did Justin Timberlake actually do that to Janet Jackson? Pause-Rewind. Rewinding and fast-forwarding isn't just for the officials on the sideline, the couch potatoes need it too.