The National Pastime Gets the Royal Treatment - Don Seaman-TVB 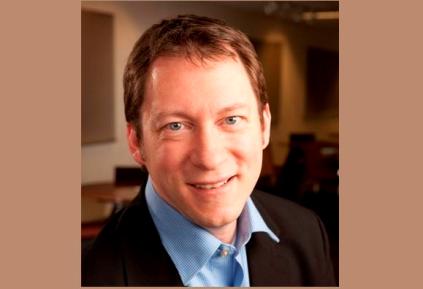 With Kansas City as a backdrop, Major League Baseball celebrated itself with its annual All-Star Game recently, as the visiting National League shut out the American League 8-0. It was the top show for the week, pulling in strong summertime showing of 10.9 million people tuning into the game, delivering a Household Live+Same Day rating of 6.8.

Sure, it's the national pastime, but there are definitely markets which could lay a claim to it being their own local pastime. Out of the 56 metered markets, 31 of them delivered a household rating that was even higher than the national rating.

Within those metered markets, host DMA Kansas City delivered the second-highest rating for the game, with an 18.7 Household rating. The only market to top that was nearby St. Louis with a 20.5 rating. Geography only played part of the role here, however, as the manager of the National League squad was Tony LaRussa, who retired as manager of the St. Louis Cardinals at the end of last season, after guiding them to a World Series Championship.

The rest of the top 15 rated markets read like a major league baseball geography lesson. There's Detroit, Dallas, Cincinnati, and Milwaukee, Hartford-New Haven and New York, Pittsburgh, Philadelphia, Washington, DC, Atlanta, and Sacramento. Each of these is a big baseball market with a strong home team – except for Dayton, OH. Dayton tied with Dallas for the fifth-highest market rating for the game. But even though Dayton has no MLB team, it is the home of the Dayton Dragons. The Dragons are a Single-A minor league team in the Cincinnati Reds system that recently broke the home sellout record in all of professional sports at 815 games straight, previously held by the NBA's Portland Trail Blazers. So yes, Dayton is a baseball town.

So that's something to pay attention to – a baseball-hungry market with no major league team. Local advertisers who are active in markets like Dayton would be wise to remember that heavy viewing doesn't necessarily require a heavy market team presence.

Based upon the sizeable ratings the game delivers in many local markets – and not just MLB markets – this is an event that's still a sure home run.

Coverage of the NBA and NHL All-Star Games have each been relegated to cable – where ratings predictably started to tumble. But none have ever quite caught the national consciousness as the Major League Baseball All-Star Game. The NFL's Pro Bowl game has traditionally been an afterthought, played after the Super Bowl. Recently, there have been some attempts to reinvigorate the all-star event for America's most dominant sport, mainly moving it before the Super Bowl – although this precludes any players from either Super Bowl team from playing. In 2015, coverage of the Pro Bowl also gets pushed off to cable - should they continue to hold the competition at all, as rumors persist of abandoning the game altogether.

Meanwhile, there was a nearly epic hue and cry over which pitcher should start the game for the National League and an even bigger local cataclysm over the exclusion of their hometown Royal's Billy Butler's exclusion from the Home Run Derby. Yet the quarterback chosen to start the Pro Bowl might opt to pull out of a trip to Hawaii due to a hangnail on his non-throwing hand. And nobody even hears about it, let alone complains.

Considering the ennui that's generated by the all-star games from the other sports, the fact that these off-field stories dominated the sports discussion for the week shows why the tradition of baseball as our National Pastime remains so red, white, and blue. 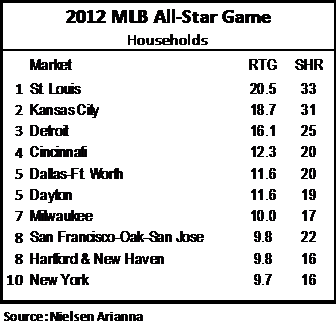