The New Creativity Will Be On Display at Cannes 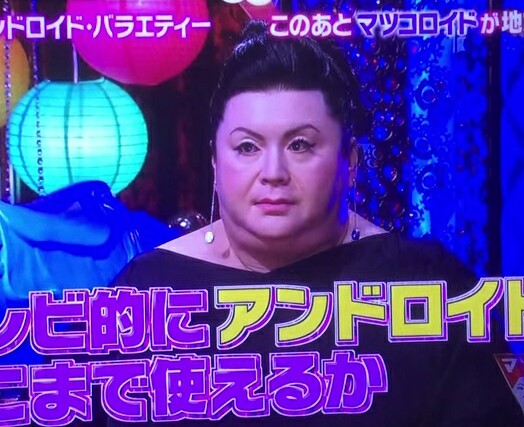 This year, a robot is going to speak at Cannes.

Technically he’s an android, but by any name, Matsuko- Roid (pictured above), a synthetic recreation of one of Japan’s most popular TV celebrities and the host of his own weekly TV show, has to represent a breakthrough in the ongoing convergence of creativity and technology.

If one goes by the programming and the speakers on the 2015 agenda, that process is already near completion, as we move ever closer to a new definition or interpretation of creativity.

The boundaries between technology and marketing, media and entertainment began to officially blur at Cannes around 2006.  It was about that time that the media agencies, media companies (including the Yahoos of the new world order) and clients began to arrive in significant numbers. Supported by the Festival, which steadily added award categories, seminars, speakers and events to keep pace with a transforming global landscape, the technologists soon arrived, looking to learn as well as explore deals.

Now, in 2015, it seems that just about any company with a stake in the future of business is coming to Cannes.

Other industry mega events, most notably CES, have undergone similar evolutions. But it is at Cannes where the reshaping of creativity itself is most powerfully on view.

For the past several years, we’ve talked about Cannes as an increasingly important opportunity for technology to meet creativity and vice versa, to explore the issues of the day and certainly to talk business. But above all, the Cannes Lions Festival is still a celebration of creativity, and to me, what is most fascinating is how dramatically what we define as creativity -- as displayed every summer in Cannes-- has expanded.

Creativity has left the creative department. It lives everywhere now.  Every spring, we troop to the south of France to see what in the world creativity is up to, and how, and by whom. It is, frankly, exhilarating.

A scan of this year’s speakers and programming illustrates this broadened notion of creativity. Along with our android friend, the speakers include the usual (and welcome) suspects such as Gerry Graf, Maurice Levy, Martin Sorrell and other agency leaders, including both Goodby and Silverstein.

That’s some big tent. I love that there’s room for all.

There’s also a compelling innovation track at Cannes this year, which offers seminars and panels on the Internet of Things, featuring EVRYTHNG co-founder, Andy Hobsbawm. More on robots. How weather data is forecasting consumer behavior. The IBM computer that plays chess. A session from Bloomberg Media on “How Data is Transforming Creativity and Marketing,” one from the Chief Product Officer of Facebook on “Building for Storytellers” and another that promises to present “the self-assembling ad of the future.”

Today’s Cannes also acknowledges the power of creativity to change the world for the better. There’s a whole track devoted exclusively to health marketing, and this year for the first time, the Festival will award a Glass Lion for work that, according to the Lions’ website, “breaks through unconscious gender bias and shatters stereotypical portrayals of men and women.”

Wenda Harris Millard is a media executive currently serving as President and COO at MediaLink, which guides leading media, marketing, technology and entertainment companies through an increasingly fragmented marketplace.  Ms. Millard has held several no…